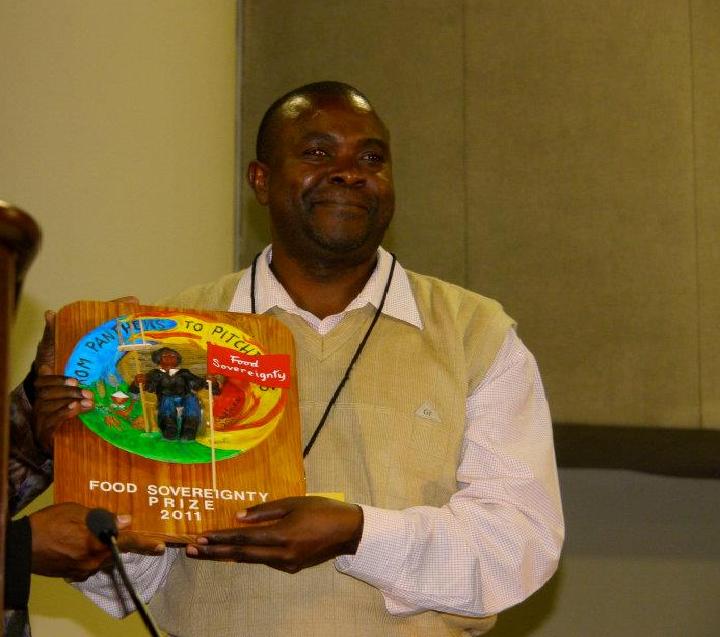 Do you know an organization that is leading the fight to take back the food system?

Call for nominations for the 2012 Food Sovereignty Prize!

The Food Sovereignty Prize highlights and celebrates the work of grassroots groups fighting for their land and waterways, reclaiming vacant lots, teaching others how to grow food, and developing distribution systems- while simultaneously creating jobs, providing fresh food, preserving the environment, building rural-urban connections,  advocating for just policies, and revitalizing their communities.

Winners of the Food Sovereignty Prize have contributed greatly to the movement for food sovereignty. If your organization or the organization of someone you know fits this profile, submit a nomination.  Past winners have included the Landless Workers Movement (MST) of Brazil, Family Farm Defenders and La Via Campesina. The prize recipient will be invited to attend, address and participate in the 2012 Food Sovereignty Prize Ceremony, hosted by WhyHunger in New York City. The deadline is approaching fast, June 4th, so do not wait! Winners will be announced on July 31, 2012.