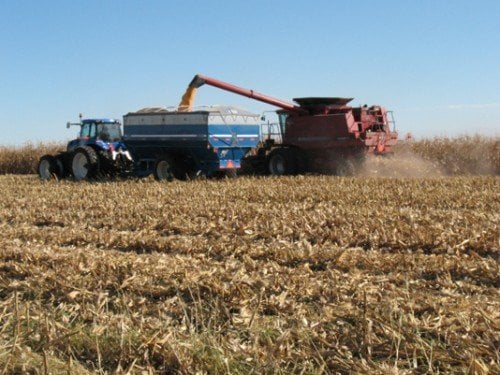 Having worked to end hunger and poverty for the last 40 years, I know that the passage of a new farm bill is a time of great change — sometimes for the better; usually, in the recent era, for the worse. In talking to colleagues across the anti-hunger and food justice communities in the weeks since the passage of the Agricultural Act of 2014, responses ranged from “a solid outcome” to disappointment to outrage. There was a common agreement that a farm bill was absolutely needed and could not continue to be delayed another year. But in terms of what the final bill delivered? The results were mixed.

In November, cuts to SNAP (Supplemental Nutrition Assistance Program, formerly known as food stamps) totaled some $5 billion, or as much as all the emergency feeding programs in America provide in a year. Food pantries and soup kitchens soon felt the pressure to feed many more people and had to cut back on the amount of food they were able to provide — at precisely the time when families were receiving less benefits. Now this farm bill cuts an additional $8.6 billion over 10 years to about 850,000 families — mostly in the cold Northeast and mid-Atlantic. The average family will see cuts of about $90 a month. The emergency food providers are being squeezed even more at a time when Congress is making additional cuts and telling people that the charities can make up the difference. The food banks, soup kitchens and food pantries are saying, “Enough!” They are stretched beyond the beyond.

So, how can anyone say this is “a solid outcome?” Well, the House of Representatives supported a proposal that would have cut $40 billion and removed 3.8 million people from SNAP. The Senate proposed to cut $4 billion, so this bill was a compromise — but tell that to the 850,000 families who just lost $90 a month from their income.

While Congress also eliminated billions in farm subsidies to large commodity crop farmers (corn, wheat, cotton, rice and soybeans), they replaced it with billions more in crop insurance. One hand gives and the other hand takes — and the super large farms and insurance companies receive most of the money. Both subsidies and crop insurance are ways of tinkering with a system that has been failing small and midsize farmers since commonsense protections like the strategic grain reserve were dismantled in the mid-90s. The grain reserve program used to provide some financial security to farmers and prevent overproduction in the basic commodity crops; however, given that House Speaker John Boehner called a similar market protection for dairy farmers “Soviet style,” this kind of true reform that could help rebuild local farms and economies is a long way off — but that doesn’t mean we shouldn’t talk about it.

In the midst of this disappointing bill there were small pockets of hope:

There is much more in this $1 trillion bill. While it was not the disaster it could have been, it is a disappointing bill for most food justice and anti-hunger advocates and small farmers. Though their activism succeeded in preventing the worst, it certainly did not succeed in promoting the best. After 40 years doing this work — and eight farm bills — I keep hoping that the next farm bill will build a healthier and more just food system for all. If we start now, with anti-hunger advocates, small farmers, conservationists and everyone else at the table, surely we can make more positive changes in 2019.

This article was originally published at Huffington Post Food for Thought.