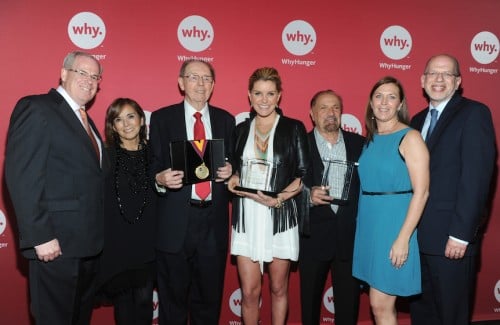 All good stories should begin with a dramatic scene, so it was fitting that guests of this year’s WhyHunger Chapin Awards Gala arrived at The Lighthouse at Chelsea Piers on June 23rd amidst peals of thunder and lightning. The stage was perfectly set for a night of singing, celebration and activism – and as the skies cleared, and the sun sank over the Hudson River, the storytelling began.

WhyHunger Co-founder and Ambassador Bill Ayres, who passed his long-standing title of Executive Director on to Noreen Springstead in January, received the WhyHunger Lifetime Achievement Award recognizing his 40 years of leadership, activism and service. The award was presented by Springstead, Ayres’s wife Jeannine and their friend Sandy Chapin. Springstead, in her introduction, described Ayres as “a great humanitarian.” Her tribute was echoed in messages of support for Ayres from longtime WhyHunger partners Bruce Springsteen and Senator Patrick Leahy, and in a letter of recognition from President Obama.

While laughingly introducing himself as “Ambassador Bill,” and expressing pride in WhyHunger as an organization in which “what we do is not simply feed people, but rather, create situations in which people can feed themselves,” Ayres emphasized that “we have a long way to go” – and that he is certainly not retiring from the movement. Springstead, who Ayres described as “exactly the right person” to lead WhyHunger, shared his conviction, stating, “We cannot substitute charity, or volunteerism for strong food policy, a living wage, and the right to good food.” She ended her speech with a vow to strengthen WhyHunger’s fight against hunger with “a framework rooted in justice.” 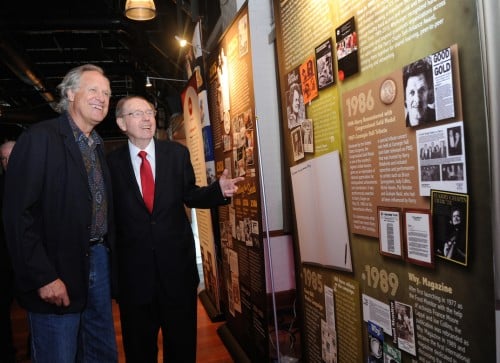 WhyHunger’s story, as told on Tuesday night with an exhibit that invited guests to engage in its history and future, is one of continued growth and dedication to the mission. As Alison Cohen, WhyHunger’s Senior Director of Programs, explained, “This is a critical transitional moment in the life of WhyHunger, as Bill has moved into a different role and Noreen has taken on the leadership with a strong theory of change and a crystalized programmatic focus. Now, more than ever, it is clear that social justice is at the heart of our mission.”

With exhilarating performances by the Chapin family, Grace Potter, Felix Cavaliere and guest presenters guitar legend Warren Haynes and Paul Shaffer of The Late Show with David Letterman, the sense of energy and hope at the event was palpable. “What’s excitingto me,” said WhyHunger Board of Directors Chair Brian McMorrow, “is that the drum we’ve been beating for all these years is starting to resonate all around the world. The message we are bringing connects with a lot of people, and I’m looking forward to that. I think our message resonates loudest with young people and looking ahead, I can’t wait to do more with a younger generation.”

Enjoying the atmosphere of the evening, guest and WhyHunger supporter Lou Gordon reminisced about hearing Harry Chapin perform for an audience at Congress. “Harry was an inspiration, WhyHunger is an inspiration and Bill Ayres has continued that tradition,” Gordon said.

After dinner and a fundraising auction, the gala closed with an electrifying rendition of Harry Chapin’s ‘All My Life’s a Circle’. While audience members sang and danced along, the evening’s honorees, special guests and performers crowded together onstage, passionately proclaiming that hunger does not retire – and that the story is not over. 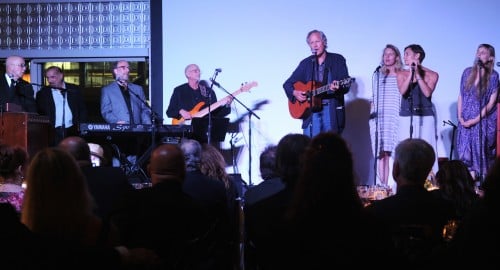