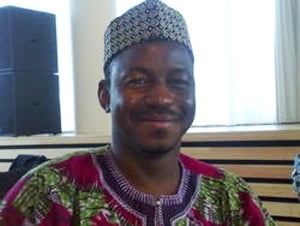 Reposted with permission from Other Worlds, a women-driven education and movement support collaborative. This is the 3rd in a 7-part article series featuring interviews with grassroots African leaders (mostly women) from Senegal, Mali, Kenya, Zimbabwe and South Africa. Each is working for seed and food sovereignty, the decolonization of Africa’s food system, and the preservation of traditional farming practices.

Food sovereignty can transform local, national, and regional markets to support countries’ domestic economies and allow us to create wealth, both in production and knowledge.

Current international debates on feeding the world center on financial viability and making global agriculture profitable. Production is oriented towards international markets, which compromise the food sovereignty of many countries.

No country can survive orienting itself towards international markets because producers don’t decide the price. States give money to banks to support agroindustry, which is exploiting the population. As soon as fragile countries like those of the Sahel in West Africa are disconnected from the local and national market, they no longer have the right to exist. The international market is not made for us.

We [in the food sovereignty movement] are in the midst of developing the food web, a concept that local products should let the population of that area feed itself first. These local food systems are linked with local markets. When local markets are well-provisioned, they’ll feed national markets, which will feed regional markets in places like West Africa. This doesn’t exclude the international market, but it does not prioritize it.

Seventy percent of the food in the world comes from family farms, from local herders, from artisanal fishers. We ask the authorities to support the organization of local food systems as food webs, and help us create a local to national to regional market ladder. Public investment needs to be oriented toward local systems for access to food and equipment. Small producers also need social infrastructure such as health, education, clean water, as well as different modes of production.

The international market can be useful for industrial products, when production in the country is given first priority and jobs are created. But when we speak of grains and providing food security, we have to prioritize local food systems. Instead of worrying about what the United States wants, we concern ourselves with what the population wants first.

Food sovereignty addresses the question of the market through age-old agricultural exchange. There is interdependence between the producer of millet, sorghum, and corn; the herder; the small fisherman. They all use the same resources, the same land for agriculture, grazing, or fishery. This creates interactions between [social] movements of herders, small peasant producers, fishermen, agricultural workers, and movements of those who want fair trade. The relations and communications between movements play an important role in building a strong global coalition for food sovereignty.

We are conserving biodiversity and soil fertility. We are practicing agroecology with important scientific knowledge like agroforestry and water distribution, which allows us to diversify and produce much more than we could before. This form of agriculture has economic, social, and cultural viability.

The concept of food sovereignty was declared for the first time by La Via Campesina at a summit [in 1996]. [But] the work had to emerge from participation, reflection, and formulation from the movement on the ground. We have established the principles and a declaration for food sovereignty, but there’s a lot of research to do on the conditions required to make food sovereignty a reality.

This research can’t be done in the classical form. It must [integrate] peasant knowledge. It must allow herders, farmers, and small fisherman to identify alternatives in terms of access to land, means of production, and relationships between farmers and buyers. It’s necessary for researchers from the lab to allow [peasant farmers] to be the primary researchers in the field, because they have developed the tools, such as improved seeds for food crops. We orient research toward the conservation of peasant seeds, so they don’t have to buy products from a multinational corporation like Monsanto or Syngenta. As soon as they [peasant farmers] have a problem, [these corporations] completely destabilize their production. [Therefore,] peasant farmers themselves become researchers at the heart of the system, determining where to go with the practices of food sovereignty.