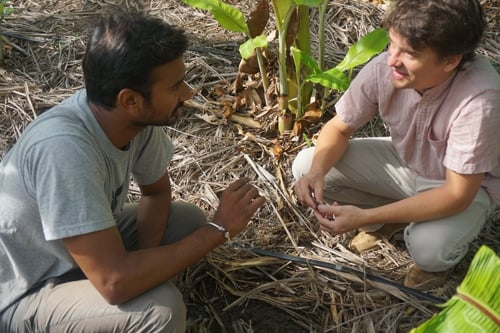 Not long ago, Sriniti used to sit in front of a computer for hours on end writing code, helping others debug their computers and getting frustrated. Not anymore. Inspired by his supervisor, he is working his way out of the office and into the fields. For over three years, Sriniti has been cultivating a small piece of land that he inherited from his father. My team at WhyHunger and I visited him recently in India’s southern state of Karnataka to learn about his experience as a beginner farmer.

“It is too hard” he said. “I thought it would be easy, but I have experienced every difficulty” he confessed with an expression of pain in his face. Thought it is hard to imagine for a guy as smart as Sriniti that anything will be difficult to figure out, I recognize that young people like him who are transiting into farming are taking on a huge task, often with little support. In the case of Sriniti, his journey began with education. He took classes on Zero Budget Natural Farming and learned how to produce natural fertilizers. Zero Budget Natural Farming is a set of agroecological practices that require minimum resources and external inputs and has been disseminated with the help of the Karnataka State Farmers’ Union (KRRS), a farmer led community organization and a member of the global movement La Via Campesina International.

Sriniti is from a region where many peasant farmers have taken their own lives because of debt. These small-scale farmers did not have any other credit options other than to take out loans from unscrupulous lenders to pay for expensive chemicals and seeds. Over 270,000 farmers in India have committed suicide since the mid-1990s. So he is well aware of the risk and loss that many of his fellow farmers have experienced.

As we walked down Sriniti’s patch of bananas, admiring the fresh food growing from his tress, he mentioned again about how hard farming was in the first year. He planted his small plot with onions, but his crop came out smaller than golf balls. “They were tasty, but nobody wanted to buy them.” That didn’t deter him at all, and he went to sell it to colleagues and neighbors who later asked for more. Sriniti is not giving up. He is a young person who truly believes that we can get agriculture right, and he is not alone. Young farmers from New York to São Paulo to Karnataka are working hard to reclaim agriculture out of the hands of local sharks and transnational corporations. In the case of India, farmers like Sriniti have found that the Zero Budget Natural Farming is the way to build an agriculture that is independent from both.

For the little time we spent with him, I could see that Sriniti means business – he’s not the pie-in-the-sky type. “Learning to code is hard. Not everyone can code. But everyone can farm,” he told me, now with a big smile across his face.

Agriculture should not be a daily exercise of survival, like trying to understand a code in an encrypted language. We must support young farmers because it is not only just, but necessary, for a healthy food system. The problem is political will.  Government priorities for agriculture in the US and worldwide have largely been dominated by the interests of international agribusiness.  But if we are serious about ending hunger and building a food system that works for everyone, we need to ensure that both long-time and new farmers can live a decent life. And we need an agriculture system for people and for the planet, because the current farming policies are making us sick, pushing farmers out of business and making it impossible for young people, like Sriniti to take the lead.

I share the dreams of many young people, like my new friend in India. I am constantly daydreaming about cultivating a small plot of land with vegetables and grains, doing beekeeping and raising other small animals to feed my family and others. Like Sriniti’s, my vision is not a nostalgic feeling of back-to-the-fields. It is a desire for change. In this aspect, change will take more than desire and certainly more than one person. It will require mass organizations, like KRRS in India and La Via Campesina, capable of breaking the monopoly of transnational corporations over our food system. And international solidarity to build a future of bounty, not hunger. 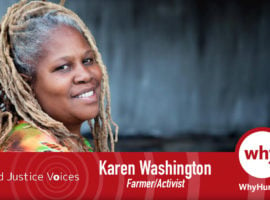 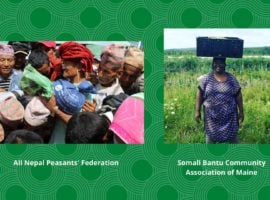