“Our struggle is against the private appropriation of our riches” – Sonia Mara, Movement of People Affected by Dams in Brazil (MAB)

Last September, my colleague Saulo Araujo and I traveled from the Northeast of Turtle Island (currently known as the United States) to Panama City to participate in the first Continental Encounter of People Affected by Dams (MAR). While the trip was part of the onboarding process in my new position as Global Movements Program Manager with WhyHunger, it was also one worked in concert by the earth and cosmos.

Dams have had a direct impact on my life as a Nipmuc woman and that of my ancestors since the early 1600s. Nipmuc people are named after the abundance of waterways we are born to, “nippi” meaning water. We are people of the water. The earliest mills in America were built in our territory. Extending as far east as the Charles River basin, Nipmucs were among the first people affected by extractive industry and energy production in America. It was the birthplace of the industrial revolution, but even 100 years prior, dams were built in our sacred streams by colonial settlers. The first were saw-mills to increase efficiency of timber production using the riches of our woodland indigenous populations. Soon to follow were grain grist and textile mills to support the food production and energy demands of a booming settler population. These mills effectively blocked anadromous fish populations and ultimately contributed to our starvation and forced displacement through the collapse of our agroecological food systems.

The purpose of the continental encounter was not to go back 400 years but to “evaluate the historical importance of building MAR as an autonomous movement of struggle.” So, where did I, or the North American delegation for that matter, fit into the urgency of the millions of people in Latin America being displaced, losing lives, facing violence and repression by the state in this current moment? To begin anew, with a different model, we, as a people, need to go back to understand how far and from where we have come.

If we consider what happened in Nipmuc territory in the early 1600’s, it is clear the current justification of transnational corporations, their dams, and the banks that support them as a way to modernize, produce “clean energy”, and/or create economic opportunity is the same as the justifications once used to divide, block and destroy the river systems in early America. These justifications have enabled extractivism for massive profits of a few. What may have originally supported a booming settler population, ultimately destroyed and displaced the original stewards of the landscape to the point that even after 300+ years and “conservation” initiatives, we still cannot eat the fish or drink the waters we rely on.

What the colonists and many settlers in the years to follow have often failed to understand is that entering indigenous space – and indeed these lands, though colonized, are STILL indigenous space – requires an understanding of the histories, principles, and protocols indigenous peoples have struggled to maintain since their very emergence from the landscape. It is a process of self-actualization that had continued over thousands of years until it was intentionally disrupted by colonization. The instructions on how to belong as a part of the landscape are codified in indigenous creation stories, visions, teachings, songs, art and material culture. While these instructions are romanticized and inaccessible through settler colonialism, they are an ongoing reality and have always been the path forward and historical trajectory for millions of indigenous peoples worldwide. As said at the encounter during one intervention by an Ngobe Bugle person from Panama, “We will be here with you, even though some of you don’t get it yet.”

The protagonism of indigenous people must be at the forefront because they hold the understanding of the earth’s creation and the struggle of the people to be in balance since time immemorial. Since colonialism has blocked that process of continued teachings, we all must catch up through deep relationship with and listening to the people of the land.

While the encounter was not designed to study the indigenous reality of the continent, the MAR members received the indigenous people’s clear message that it is necessary to address the challenges of neo-colonialism to different communities on the continent. Even before the conclusion of the event, the leadership of MAR expressed the values of inclusion and commitment to build a broader social movement. The declaration concluding the encounter states, “In this historic Continental Encounter, we have had the participation of activists from the United States and Canada, and we invite other countries that are not organized within MAR to integrate and contribute to this continental construction from the collective efforts in their territories.”

It was said at the encounter, “For capitalism, there is no planet”. So, whether we are peoples who are indigenous, displaced, migrating, or settling, it is clear capitalism is a common enemy that is determined to take our natural wealth. Resistance through internationalism is how we build the alternative.

The ROOT Report: Putting Rural Land Back to Work in Brazil 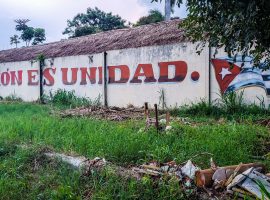 20 Years of the Latin American Coordination of Rural Organizations (CLOC) 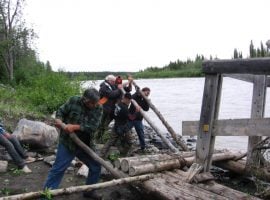