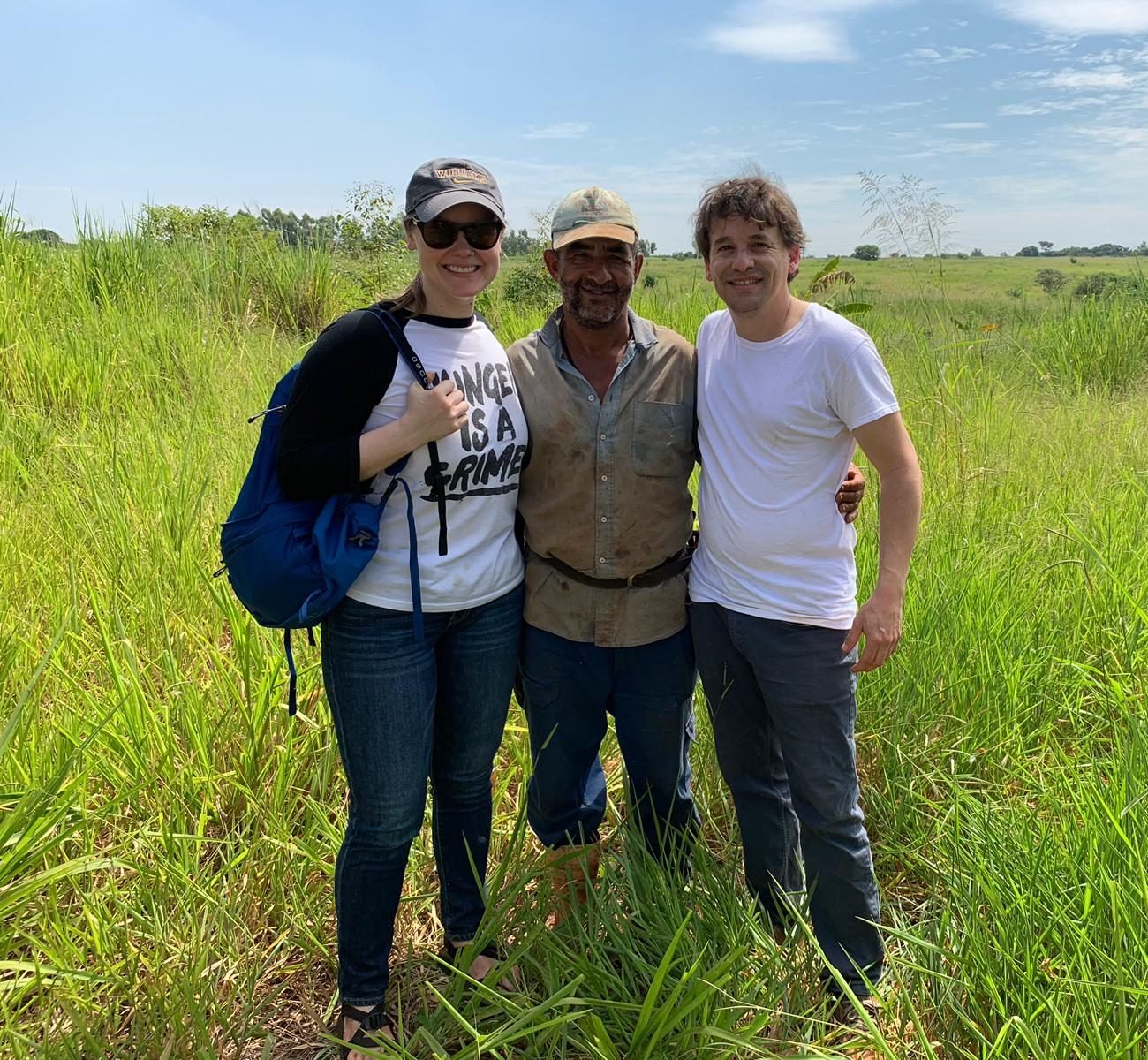 In 2005, Paraguai, Jesuita, Jose and Kilma made one of their biggest decisions of their lives. They joined other landless families in the occupation of an abandoned farm in the outskirts of Ribeirão Preto, one of the major Agribusiness centers in Brazil. Ribeirão Preto is the Brazilian equivalent of a mix of Immokalee, FL and Des Moines, IA: a local economy based on large plantations and the labor of thousands of landless families turned into farmworkers. Advertisements of agribusiness fairs are everywhere displaying the newest machines and technologies to spread chemicals.

Grounded in Ribeirão Preto, the group decided to reclaim land and use agroecological practices to provide for their families, embarking in a long struggle living in makeshift tents made of black tarp and scrappy pieces of wood.

Life was never easier for them to begin with. Paraguai left home alone when he was 13 to cut sugar cane hundreds of miles away from his poverty-stricken family. “I had no other choice. My family was really poor,” he said. Kilma used to harvest coffee for farmers and raised three children on her own.  Jose lost his small bar to unpaid debt.

Their land rights as “sons and daughters of the land” is codified in Brazil’s 1988 National Constitution. But like anything else in their daily lives, they have to fight tooth and nail to achieve their rights as farmers. Occupying land, even as they are protected by the constitution and far away from plantations of oranges and sugar cane for exports, is dangerous as it is seen as a threat to the status quo. According to the status quo, peasants – people who work the land for generations under the rule of colonizers, slave owners, latifundios (large landowners) and corporations – are not supposed to dare to act.

The decision by this group of families to fight for their land rights was an inspiration to others in the struggle for food sovereignty.  They were successful, and the land that was once their encampment is now the Mario Lago Agrarian Reform Settlement, a symbol of the struggle and victory of the Landless Workers Movement (MST), a social movement with 1.5 million members. The area is small, but big enough for each family to settle in 3.7 acres of land.

Overcultivated with heavy machines for many years, the land was desperate for caring hands. The only vegetation that grew in the terrain was grass that according to now settled families “not even the cattle would eat it”. They rolled up their sleeves and worked the land, which they now had full control over. They learned and practiced a farming technique new to them called Agroforestry. It combines the planting of native species, annual crops and fruit trees mimicking the natural vegetable succession and nourishing the mesofauna, responsible for regenerating the soils. Agroforestry is perhaps the most advanced form of agriculture. It requires a deeper knowledge of biology and crop consortium. Unlike industrial farming, it doesn’t try to change the ecosystems for food production. But it does require labor, lots of it. Like any other agroecological practices, it is based on the work of peasants – local people whose primary goals is to sustain their way of life and feed people, not to generate profits.

As an agroecological practice, Agroforestry is ever evolving. The families in Mario Lago settlement are constantly adjusting their “forest of food, timber and life”. In the first few years, they tried it in small plots of land (around 500 square meters). Even as new practitioners of Agroforestry, some were able to harvest produce worth $5,000 Brazilian reais ($1,500 U.S. dollars) in 5 months. A small fortunate for those who barely could feed their families and rarely could sell anything in local farmers’ market previously. Paraguai, now a master in Agroforestry, took it to the next level and planted one hectare of land, without irrigation, and currently teaches anyone interested in learning about agroforestry. He even shares information and connects with those eager to learn via his facebook account. Kilma is expected to harvest timber, pineapple, citrus, and cassava in her plot this year Jesuita and Jose decided to include animals in their system. Today, they are raising a herd of 400 laying chickens, along with a garden of lush lettuce, spinach, scallions and radishes whose harvest is already contracted to be purchased by local schools to provide to students.

We need more people like Paraguai, Kilma and Jesuita back on the land (and in the oceans). Because when a peasant family is pushed out of their land by a plantation for export, the number of hungry people grows and other people, in urban areas, will either go hungry or will have less access to fresh produce. The very existence of farmers like Paraguai, Kilma, Jesuita, and Jose is a necessity and their way of life and agriculture is indeed our way out of this economic and environmental crisis.