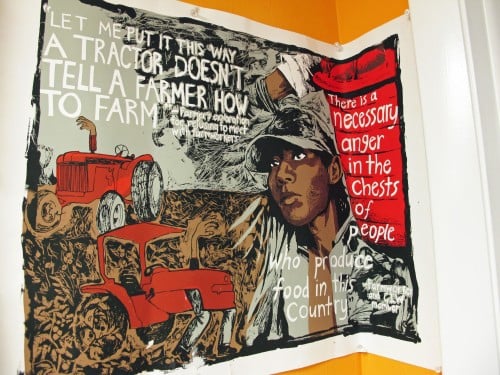 WhyHunger is pleased to be part of the Farm Labor Reality Tour, a two-week caravan across 15 states to unite dairy farmers and farm labors across the country in their fight for justice, dignity, and fair pay. Led by three grassroots organizations representing small farmers, farmworkers, and food justice activists, Family Farm Defenders, the Coalition of Immokalee Workers (CIW) and Food for Maine’s Future, the tour aims to draw attention to the shared struggles of all people who work in America’s fields. WhyHunger has been working with the three groups as part of the Community Learning Project for Food Justice peer mentoring program. 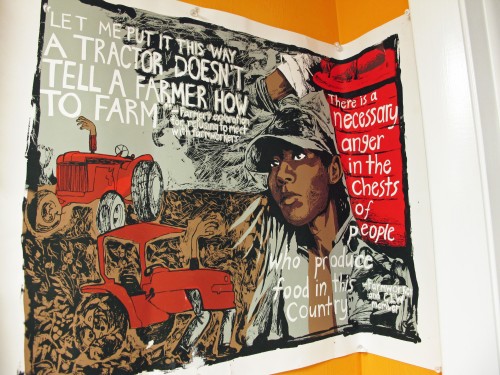 Family Farm Defenders was inspired by the success of the Coalition of Immokalee Workers’ consumer-oriented “penny-per-pound” Fair Food Campaign, which has won agreements for higher wages and improved working conditions from some of the biggest fast-food companies in the world. Family Farm Defenders has launched a similar effort – the Land O’Fakes campaign – to change the structure of dairy pricing to ensure a fair wage for farmers.

Beginning in Brewer, Maine, the Farm Labor Reality Tour will head west to America’s Dairyland states of Wisconsin and Minnesota, and arrive in Immokalee, Florida, on March 2 to begin a two-week, 175-mile March for Rights, Respect, and Fair Food led by the CIW. The march is expected to draw together thousands of people to call on grocery giant Publix to help end farmworker exploitation and support the innovative Fair Food Program – a unique collaboration between Florida’s tomato growers, major retailers, and farmworkers, setting the standard for social accountability in the domestic produce industry by ensuring respect for farmworkers’ rights and dignity.

The Farm Labor Reality Tour will promote Family Farm Defenders’ Land O’Fakes campaign, which calls on consumers to demand that Land O’Lakes pay its member farmers a living wage for their milk. Land O’ Lakes is a dairy cooperative, but as one of the biggest dairy processors in the nation, it has dramatically driven down the price farmers are paid. Consumers are asked to demand that Land O’ Lakes stop manipulating dairy prices through speculative trading and stop pushing costly genetically modified hormones and seeds on their member farmers. 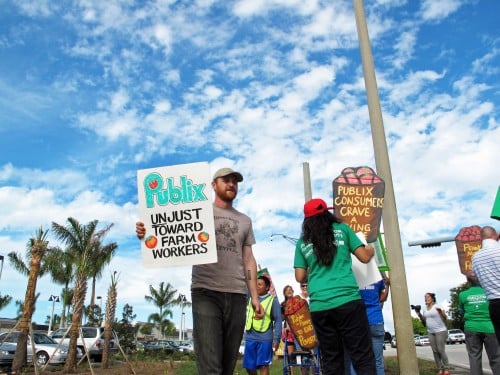 February 22-23: MOSES Organic Farming Conference, LaCrosse, WI. Representatives from Family Farm Defenders, WhyHunger and Food for Maine’s Future will convene a forum to discuss the conditions of farm labor in the U.S.

March 3-17: CIW March for Rights, Respect, and Fair Food, Immokalee-Lakeland, FL. The march will conclude at Publix Headquarters, where CIW and allies will again call on Publix to join the other 11 companies who have joined Fair Food Program. In March 2012, Lakeland was the site of the CIW’s six-day Fast for Fair Food.

We’ll be reporting from the Tour and the March in the coming month — stay tuned! For more info, to meet us on the way, or to send a letter of  support for the tour, the Land O’Fakes campaign, and/or the CIW March for Rights, Respect, and Fair Food, be in touch with Bob St. Peter of Food For Maine’s Future here.