“Pittsburgh is the biggest small city you’ll ever visit,” they told me. “If it works in Pittsburgh, it’ll work anywhere.”

And I believed them. Between the 446 bridges traversing Pittsburgh’s three rivers and the numerous roadways snaking up and around the steep hills and valleys of the Allegheny Plateau, I had already made plenty of wrong turns and witnessed firsthand the topographical complexity of this Rust Belt city. 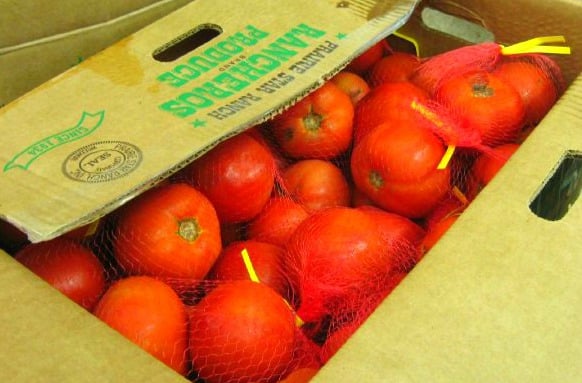 Pittsburgh contains 90 distinct neighborhoods with strong identities, several of which qualify as food deserts. The Hill District, for example, has been without a proper grocery store for three decades, despite significant demand for fresh food. To purchase groceries, many Hill residents hire jitneys (unlicensed taxis) to drive them to and from the nearest Giant Eagle supermarket.

Food security and food access also pose a problem in many of the outlying rural counties of Southwestern Pennsylvania, where the mountainous and heavily-forested landscape adds challenge to transportation and logistics. In 2005, the Greater Pittsburgh Community Food Bank (GPCFB) began a mobile food pantry to address hunger and the need for fresh food in the region. Aptly named “Produce to People,” the program distributes produce and other groceries on a monthly basis to at-need families at 16 sites in 7 counties.

Through a grant, the GPCFB received a refrigerated truck, which is loaded with fresh produce that is both donated to and purchased by the Food Bank. Some of the fruits and vegetables are even gleaned from local farms by volunteers. On the day of the distribution, several hundred people self-certify their eligibility and line up with crates and rolling carts to hold all of the produce – sometimes up to 45 pounds per family – that they will receive. The manager of Produce to People, Josh Murphy, and I met earlier this month during a WhyHunger site visit to Pittsburgh. He told me that “when you have 500 people waiting in line for food, it’s also a prime opportunity for them to connect with a variety of other social services.” This year, 27 different agencies and organizations have tabled at Produce to People distributions.

I was also excited to hear about seedling distribution events that happened at two Produce to People sites in May. The Food Bank partnered with Grow Pittsburgh – a local grassroots organization whose mission is “to demonstrate, teach and promote responsible urban food production” – to provide Food Bank clients with around 700 seedlings and 300 5-gallon buckets of compost-infused potting soil so they would be able to grow their own fresh produce this summer. The event was envisioned and coordinated by two of the Food Bank’s AmeriCorps Public Allies. Local nurseries donated the seedlings, and Grow Pittsburgh staff was on-site to answer questions and share gardening expertise with community members.

Josh described the potential benefits of the seedling distribution, which include:

Josh looks for “opportunit[ies] for the community to help build community” and hopes to someday eliminate the need for emergency food in the region. If that works in Pittsburgh, perhaps it can work anywhere.

Stay turned in the coming weeks for more from our site visit to Pittsburgh!