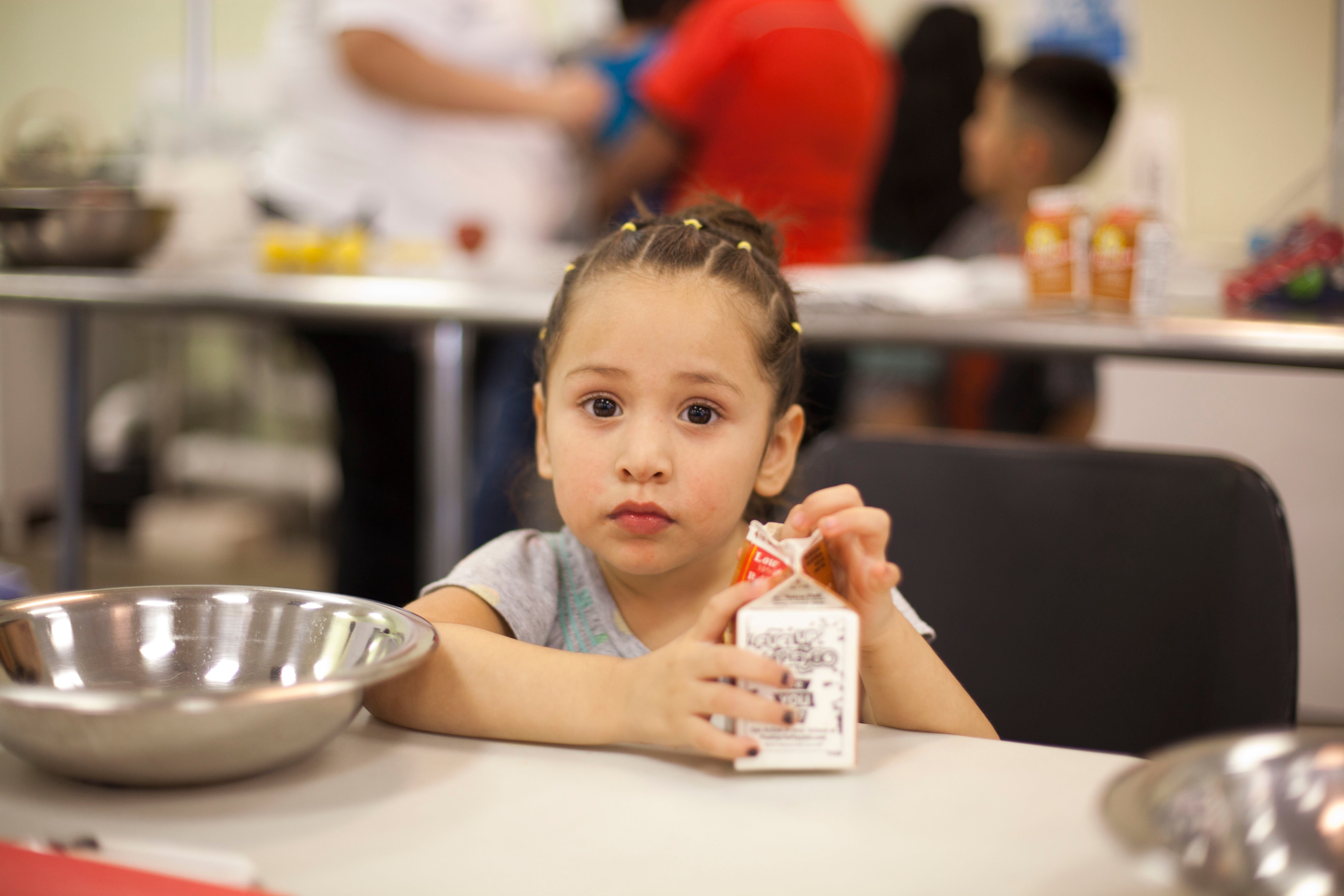 When the Rhode Island Community Food Bank surveyed their clients, they were surprised to learn that 44% reported having at least one household member in “fair to poor health.” It was a structured interview for the quadrennial Feeding America study, Hunger in America 2014, which researches the role of food banks and partner agencies in helping families struggling to make ends meet. Those families are increasingly caring for someone who is ill or disabled, has unpaid medical bills, or whose health is at risk due to poor nutrition and diet-related disease.

“It was a big influence on us at the Food Bank,” says Andrew Schiff, CEO. “We committed ourselves to getting nutritious foods, to having nutrition education at the [pantry] sites, and as much as we can we are trying to connect with community health centers. If someone is identified at a CHC as being hungry, they are referred to us.”

When it comes to school breakfast, the Rhode Island Community Food Bank faces similar challenges described by other food banks interviewed for this series. One of the biggest is getting healthy breakfast items to provide nutrient rich meals to kids. Hunger Is, a joint charitable program of the Albertsons Companies Foundation and the Entertainment Industry Foundation (EIF), provided funding to purchase non-sugared breakfast cereal to help meet this need directly. Their support resulted in 7,210 healthy breakfasts for kids that otherwise would have been missed.

Schiff points out that healthy cereal is an expensive item for food banks to not only purchase, but to procure through donation. “[Nutritious cereal] is also the cereal that never gets donated in food drives,” he says. “We try to inform the public that this is what we need, but we’re not getting the healthiest cereal.”

70% of Rhode Island families who were surveyed reported making hard choices between buying food or paying for utilities. They also made spending trade-offs between buying food or medicine, transportation, or rent and used coping strategies like pawning or selling personal property to pay for food. Households reported a least one member with diabetes (29%) or high blood pressure (55%), and many reported being unable to follow a dietary regimen recommended by a doctor because they didn’t have the money to afford healthy foods. Schiff was eager to get involved in interventions with folks with diabetes and working with health care providers.

The Rhode Island Community Food Bank serves a population in a state with a relatively high per capita income and high cost of living. Yet 12% of Rhode Island households are food insecure and haven’t seen improvements in the years since the Recession. The largest industries in the state are health care, tourism, and manufacturing. Even though unemployment is down, the available jobs are low wage and part-time. 33% of those served by the Food Bank are children under the age of 18, and child poverty rates hover around 18.1%. The demographics of people helped by the Food Bank: 38% are Caucasian, 30% are Hispanic/Latino, 11% are Black/African American, 3% are Asian and 17% are more than one race.

Schiff continues: “We have to recognize that the problem of food insecurity is still significant, even with the amount of federal help and food banks. 33 million meals are missed by low income families in Rhode Island. How do we solve the problem, make a state where everyone can afford—where the economy is striving enough—to be able to afford adequate food?”

For now, knowing that kids will have better opportunities for educational attainment because they’re not hungry at the start of the school day, makes a big difference.

Hunger Is, a joint charitable program of the Albertsons Companies Foundation and the Entertainment Industry Foundation (EIF), builds awareness and raises funds to end childhood hunger. The Rhode Island Community Food Bank received a grant to fund efforts in Rhode Island. This is the eighth and final in a WhyHunger series of profiles of grant recipients.