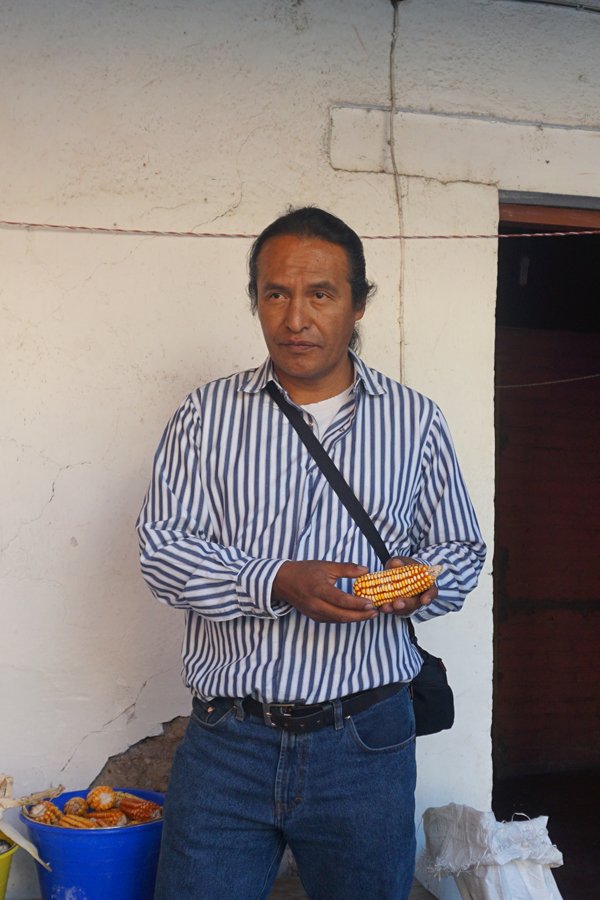 “Corn is the central element of the Indigenous communities’ way of life. We could say that corn is the heart of Mesoamerican cultures … [it] is found in many of the cultural manifestations of our people and that is why it is very important for us to defend it, because in the end, it is our way of life.” –Aldo Gonzalez, Union de Organizaciones de la Sierra Juarez Oaxaca (UNOSJO)

The conversation on genetically modified (GM) crops over the past few decades has erupted into a worldwide debate. Practices associated with the planting of these GM crops contribute to a complicated web of food production whose consequences extend from a global level to a national and local level. Countries purchase GM seeds from other countries who produce them, developing economic relationships that can deeply affect local communities. The planting of GM seeds ultimately affects local ecosystems, native crops, and the health and cultural practices of individuals.

On December 31, 2020, the government of Mexico issued a decree mandating the gradual prohibition of GM corn seeds by 2024 in an effort to “achieve self-sufficiency in food production.” Mexico is a top importer of the United States’ genetically modified yellow corn, and although they do not permit the domestic planting of GM corn for human consumption, the country has allowed planting for testing and use of the crop in animal feed. The decree also outlawed chemical fertilizers containing the carcinogen glyphosate, usually sold by US-based corporations.

This step is considered a victory by many: rather than favoring commercial agriculture and transnational corporations which threaten the well-being of small-scale farmers, this law protects native Mexican corn varieties and Indigenous growing practices. To get a more comprehensive picture on the passing of this law, we spoke with Aldo Gonzalez, a leader of Unión de Organizaciones de la Sierra Juarez Oaxaca (UNOSJO). UNOSJO is a Zapotec native organization in the Sierra Juarez mountains in Mexico that has defended Indigenous rights to land and natural resources for over 30 years. Through UNOSJO, as well as other organizations, Aldo has played a significant role in the defense of native corn varieties.

Many of the Indigenous countryside families Aldo works with had at one point been subject to a vicious cycle driven by large-scale agriculture corporations. In order to survive and compete with other markets, they would spend hours carrying expensive chemical fertilizers and other inputs up the mountainside and had to use practices to grow crops that were ultimately harmful to the land and to their well-being. Aldo and UNOSJO have helped these families shift to agroecological methods that are better for their health and the planet, and that align with the community’s values, breaking the all-too-common pattern where big corporations threaten the livelihood of small rural communities.

When Aldo first heard about the possibility of the arrival of transgenic corn in Mexico in 2000, he sensed that their entry could be a threat to Mexico’s native corn, and subsequently, the families that depended on it. Sure enough, Professor Ignacio Chapela from the University of California-Berkley published a report in 2001 discovering traces of transgenic material in the genes of Indigenous Mexican corn crops. Since per capita consumption of corn is much higher in Mexico than in the United States, contamination of native corn is great cause for concern.

The Oaxaca region alone, where Aldo lives, is home to nearly 35 out of Mexico’s 60 breeds of corn due to its unique microclimatic environment. Genetic diversity makes food supplies more reliable and resilient to natural disasters, diseases, or other unanticipated events; if one variety is endangered, the people of the region will be able to rely on other varieties to survive. This is why monoculture, or the practice of growing just one type of crop over a vast area of land, is risky. If pests become resistant to this crop, a natural disaster hits, or a disease begins to spread, the entire breed could be eliminated. In fact, a similar scenario occurred in the 1970’s in the U.S., where a fungus threatened the country’s primary corn crop nearly to extinction. Thanks to crossbreeding with seeds from Mexico, the U.S. was able to develop a new strand of corn. The value of genetic diversity becomes clearer as Mexico aims to prevent such a situation from happening in its own country.

Just as important, protecting Mexican corn ensures that the country’s rich history and native ancestral ties to the crop will be safeguarded for generations to come:

“Corn is very important; it is our body, that is, we eat corn, and our body is made of corn. It is our blood; it is our bones; therefore we are people of corn and we cannot leave or perceive an aggression of this nature.”

As Aldo describes, protecting corn has as much of a cultural and spiritual significance as it has an environmental need.

To advocate these ideas nationally, Aldo participated in the development of the Network in Defense of Maize (Red en Defensa del Maíz), a coalition of local communities and organizations campaigning for the protection of Mexican corn. For the past few decades, they have actively monitored the country’s actions on a national level, filing appeals for propositions that would loosen restrictions on the entry of GM seeds. They achieved particular success in advocating against a 2009 law which would have permitted GM seeds to be planted inside Mexico’s borders for testing. The appeal was successful and the law was not authorized.

In the end, the recent 2021 decree signed by Mexican president Andrés Manuel López Obrador calling for the gradual prohibition of GM corn was a bold move made in the face of pressure from transnational corporations like Bayer, who feared the loss of Mexico as a major buyer. The hope is that restricting the entry of GM corn will create space for the use and protection of native corn breeds, ensuring a reliable source of nourishing food for future generations, protecting a priceless symbol of Mexican heritage and history, and honoring the livelihood, values and spirit of native people.

Mexico’s story is without a doubt a success for grassroots movements like the one Aldo is part of and reflects a trend in the desire to protect native crops, particularly in Europe (for example, Italy and France have banned the use of all GMO’s within the countries’ borders.) It is a true testament to the power of grassroots assembly and collective action that the people of Sierra Juarez, and other communities in Mexico, were able to rise in defense of their livelihood.

However, Aldo warns groups not to allow themselves to demobilize – their work must continue. He encourages Indigenous growers to save and sow their native seeds as much as possible to promote self-reliance in the face of future crises like the coronavirus pandemic:

“We do not know when this pandemic will end and we do not believe that it will be the only pandemic that exists in the world … we need to start preparing ourselves to have the necessary seeds so that we can survive as Indigenous communities and as a humanity.”

Through organizing local seed banks and continuing his advocacy with UNOSJO and the Network in Defense of Maize to protect Indigenous cultivars and practices, Aldo hopes to help create a world where the native people of Mexico can thrive on the fruits of their own traditions.

Click here to read the full 2021 Mexican decree, and here to learn more about the Network in Defense of Maize. 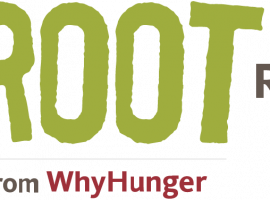