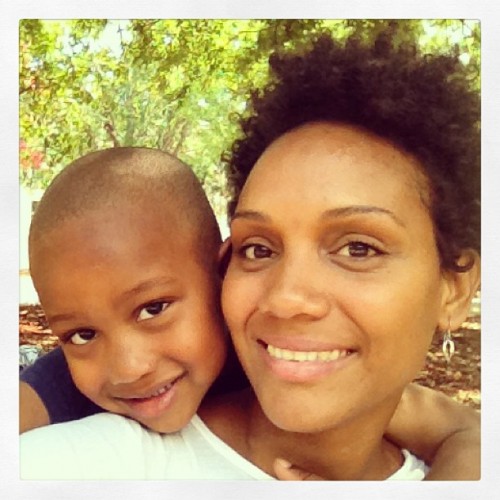 Beatriz and her son.

Beatriz Beckford is the Grassroots Action Network Manager for WhyHunger, a leader in building the movement to end hunger and poverty by connecting people to nutritious, affordable food and by supporting grassroots solutions that inspire self-reliance and community empowerment.

What motivated you to get involved with food policy and to become a food policy advocate? Was there a specific trigger or inciting incident?

I should start by clarifying that I see myself as a community organizer and as an organizer have advocated for and against different policies.  An inciting incident that pushed me to develop an understanding and critical analysis around policy overall came years ago when I was working in Connecticut on the age of juvenile jurisdiction.  Seeing young people sentenced to prison with adult offenders, being denied judicial process, and that directly related to failed policies of the education and criminal justice system.  The youth organizing work I did back then centered a lot on policy advocacy, adult ally work and developing youth leadership around those issues.    So, all that to say that as an organizer deeply committed to justice sometimes the path to justice is in shifting systems through policy. So yes I guess I am a policy advocate too.  My shift to organizing and advocating around food policy came following the birth of my son.  I was working on issues around youth police dynamics at the peak of the financial crisis and as the crisis worsened I too was laid off from my position.  I had a new baby and because of the financial hardship caused by the layoff and dwindling job market I had to apply for public assistance and specifically food stamps.  I remember waiting in the food stamp office feeling defeated and having moments where I remembered the same feeling as a child and youth when I sat in those spaces with my mother, and there I was with my own son.