After driving several miles down a dusty road through the Sonoran desert — the stunning and snow-capped Babaquivari mountain range framing the horizon, the sacred Saguaro cacti and mesquite trees dotting an otherwise dry and scrappy landscape — we pull up to a small oasis of green. There in the middle of a pea field (a traditional variety – though nobody remembers if it’s indigenous or brought over by the Spanish) is a coyote grazing on the new shoots. He barely acknowledges us as we stumble out of the rented Buick (aka “the boat”) with our cameras hoping to capture our close encounter with this iconic desert animal. He takes a few more minutes to finish his snack, decides we’re not to be trusted and bounds off across the desert. We turn to our hosts satisfied by this brush with wildlife and are charmingly reprimanded. “I noticed,” our guide for the day Nina Altshul said, “that none of you tasted the soil.” Our East Coast naiveté has been called out. I look down at my feet at the red, loamy soil and try to decide if she’s serious. She was beaming with something like pride and described to us how the water flow off the mountain range over thousands of years has brought fertile sediment to these desert soils making them rich with nitrogen and the ability to retain water. “We farmers taste the soil to get a sense of its richness,” she tells us, “and to determine what amendments might be needed. Besides,” she quips, “it’s full of minerals and good for you.” 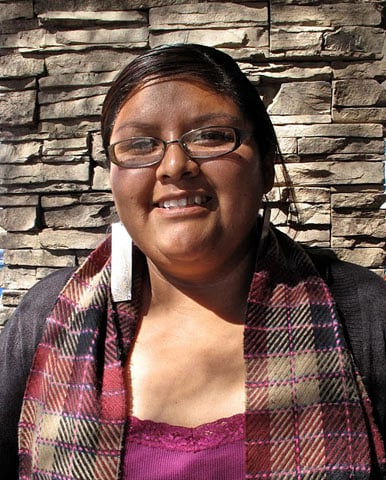 Gazing across at the broad strokes of dusty red clay that stretch to the horizon, it’s like the proverbial mirage in the desert. The soils appear dry, no water has pooled in the retention pond nearby and the vegetation is anything but green. Yet crops are being planted on this farm and lovingly tended by Tohono O’odham resident Noland Johnson whose grandparents once stewarded this same piece of land. The farming season, despite all appearances, has begun in southeastern Arizona. So continues our schooling since we made this trip a year ago to kick off a regional organizing project to build community power to address the lack of access to fresh, healthy, regionally-produced food.

Nina Altshul, originally from Slovenia and now settled in Ajo just west of the Tohono O’odham Nation reservation, was present at the regional organizing conference which launched Somas La Semilla in February 2010. This fledgling network of health clinics, farmers, community development corporations and emergency food providers is proving to be just as scrappy and full of surprising activity and life as the Sonoran Desert. Nina is now the Director of the Beginning Farmer Training Program for Tohono O’odham Community Action (TOCA). She is a student of permaculture – a systems approach to agriculture that models relationships in natural ecology — which has been a source of enthusiasm and inspiration among the farmers we were to visit throughout our desert site visits. TOCA, a community-based organization dedicated to creating a healthy, sustainable, and culturally vital community on the Tohono O’odham Nation, also happens to be a 2010 Harry Chapin Self-Reliance Award (HCSRA) winner and will attend WhyHunger’s annual dinner and awards ceremony in June. The rate of diabetes among this Sonoran desert people is over 50% while a staggering 76 percent of 6th – 8th graders are overweight or obese. Coupled with an unemployment rate of 35.5 percent (compared to 9 percent overall in Arizona), the odds seem insurmountable. Yet, TOCA has set out to bring hope to their community in the form of healthy food, productive farms, traditional foods and youth empowerment.

We met youth organizer Cissimarie Juan who was, as she says, basically raised by TOCA having become involved in their programs when she was eight years old. Now a young woman, she is employed by the organization to lead the Young O’odham United through Health (Y.O.U.T.H.) program that is responsible, among other things, for introducing traditional foods to O’odham kids through their school lunch program. Once a week the school cafeterias on the reservation serve creative meals using indigenous ingredients such as prickly pear, tepary beans, saguaro fruit and cholla cactus buds. By all accounts, it’s a big hit among the school children. And it was a big hit among the WhyHunger staff as well. We had lunch in the year-old TOCA café called Desert Rain which is open to the public. Chef Ivalee Pablo – also responsible for the weekly school lunch menu – served squash enchiladas with green chiles, tepary bean spread, cholla bud salsa, a green salad dressed in a prickly pear vinaigrette, fruit salad sprinkled with chia seeds, mesquite cookies and lemonade sweetened with agave nectar. It’s a far cry from the frozen pizza squares and chicken nuggets served in my childhood school cafeteria.

As evidenced in their guiding principles and their deep roots in the community, TOCA is representative of the cadre of model organizations that the Harry Chapin Self-Reliance Award (HCSRA) — since 1985 – has intended to lift up as innovators working to end hunger and poverty in their own communities.

Green may not be the predominant color in the Sonoran Desert but, from what we’ve experienced this week, life still flourishes there. 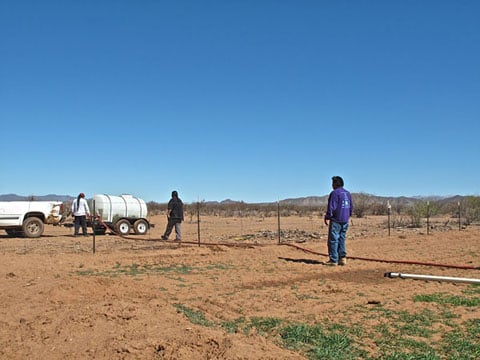 Nina Altshul recently began working with the beginning farmers at Tohono O’odham Community Action (TOCA) in southern Arizona. TOCA is a community-based organization dedicated to creating a healthy, sustainable, and culturally vital community on the Tohono O’odham Nation, and a recipient of the WhyHunger’s 2010 Harry Chapin Self-Reliance award. Nina’s indefatigable passion for her work and her community has inspired action and innovation around the world (she originally hails from Slovenia). On top of that, she’s a great tour guide —introducing us to local Tohono O’odham farmers, chefs, students and elders, and touring us through large and small scale growing projects, emergency food pantries, clinic-based gardens and emerging farming education projects stretching 75 miles across the desert from Sells to Ajo. Here she talks about her motivation for all of this amazing work.