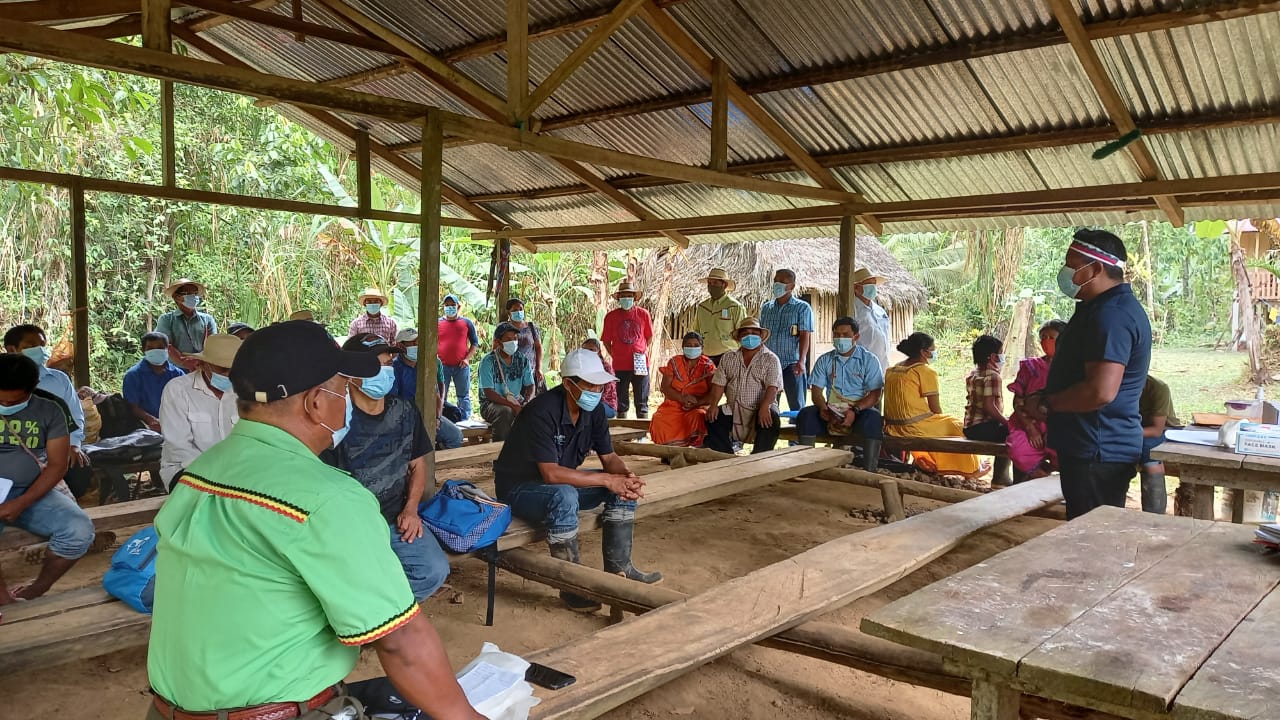 The rights of Indigenous peoples and the fight for climate justice are inextricably linked. In extractive industry (the extraction of earth’s raw material for added value), Free Prior Informed Consent (FPIC) is standard international law that recognizes the importance of community participation in decision making processes related to extractive industry development. Avoiding these international legal standards has historically led to a multitude of climate-related issues, including chemical contamination, adverse health impacts on local peoples, and continued over-reliance on finite resources that compound any attempts at emissions reduction.

El Movimiento por la Defensa de los Territorios y Ecosistemas de Bocas del Toro, The Movement in Defense of Territories and Ecosystems of Bocas del Toro Archipelago (MODETEAB), is a movement committed to the defense of indigenous rights and cultures in Panama and has actively denounced and called to action the Panamanian government and organizations to the Fourth Transmission Line, a project with over 900 towers delivering high voltage power transmission across three ecological reserves and the Ngäbe territories.

Betty Fermin and Kristen Wyman, of the Global Movements Program at WhyHunger, spoke with Feliciano Santos, the General Coordinator of MODETEAB, about the current situation in Panama, the history of the Fourth Transmission Line, and the ongoing struggles of the Indigenous peoples of Panama. The interview has been condensed for brevity.

Betty: Hello, we’re glad to talk to you and learn more about the situation occurring now around  the territory of the Ngäbe people, title holding and the background of the 4th transmission line. Can you explain to us about what has been going on and what the situation is currently?

Feliciano: My greetings to you both.

We’re from a town that has 10,000 inhabitants living there and as of a long time ago they’ve been claiming the territory and the government has refused to recognize their rights because they want to create various projects like the Fourth Transmission Line and extract from the rivers as well. The area is very rich in materials, such as gold that can be extracted, and so that’s why the government has refused to recognize the rights and have been reclaiming the territorial rights.

In 2017, there was a project of the Fourth Transmission Line that needed to happen since it’s been in process for a long while and the government went through a process of giving a loan from the International Finance Corporation (IFC) to the World Bank. They gave a loan to the private corporation, Empresa Transmisión Eléctrica S.A. (ETESA) of $2 million dollars to realize a study of an environmental impact.They are dedicated to electrical energy and they export and sell energy. We as an organization have denounced this since that has been against our Indigneous rights and the Compliance Advisor/Ombudsman (CAO), which is the accountability mechanism of the IFC of the World Bank, have come to see the issue and have been mediating the process. We kept on pushing and the corporation didn’t want to be in conversation with us and when we went into the investigative process, the pandemic happened. 602084 is the number of the project of the IFC. It’s a national corporation in Panama, so when the pandemic happened and the IFC couldn’t come to Panama to continue investigating, they’ve had conversations virtually with the CAO to see what the strategy could be to continue the investigation process. At the government level they don’t want to talk, and so they created a protected area in the territory in the Indigenous community called Héctor Gallego, in the North District of Santa Fe in May 2019. The Indigenous communities that live in this area consider this decision to be an unconsulted imposition, in addition to threatening their rights to their ancestral lands. The creation of this protected area, as well as the construction of the Fourth Transmission Line on their lands is egregious and MODETEAB continues to denounce these initiatives publicly and in the Panamanian press.

So the fight is rather long and the community is invaded by foreigners coming to get the land and saying they are creating projects with the Indigenous communities when they’re actually stealing the land and have the validity of the government and the authorities that have allowed them to come to the area. We’re working to organize the community, to understand their territorial rights as Indigenous people, and to work together to stop the advances of the foreigners.

So we’ve asked for an audience in Geneva, which happened on November 3rd, 2020 and we have sent a report to the Committee of Social, Cultural, and Economic Rights to detail the situation. The government is feeling pressured at the international level and so with all these different venues, we’re thinking that they are going to have to sit with the community to seek an alternative to the problem. We described the social and environmental impact that the transmission line will have and we have detailed the lack of recognition of the Ngäbe people.

Kristen: You named some legal mechanisms as recourse to the lack of recognition, how does that relate to the UNDRIP (the UN Declaration of Indigenous Rights)?

Feliciano: We’re knocking on all the doors, internationally. The Universal Periodic Review of the United Nations is an organism of the state that helps Indigenous peoples and we’ve been going to the Inter-American Commission on Human Rights and we’ve been taking all the chances to reach folks participating; for example we presented our case to Congressman James McGovern.

Kristen: Can you elaborate on what free, prior and informed consent and sovereignty mean to you and the Ngäbe people?

Feliciano: It’s fundamental. Here in Panama, there is a Law 37 that talks about free, prior informed consent. So, if the government is talking about consent, the state has to follow that decree. The theme of sovereignty is accompanied by history because that’s the land that is worked and cultivated. Indigenous peoples are working socially and culturally. It’s the food that is given to the kids when they are born and grow as men and women and it’s the product that is sold to be able to support ourselves and our neighbors. We are able to mutually support each other when folks don’t have enough to eat. In our territories we have a lot of space, the mountains, the rivers,…and so if we lose the lands, it’s taking our way of life as people and of future generations. The theme of prior, free and informed consent is fundamental. Food sovereignty is fundamental. The theme of territory is fundamental so that the Ngäbe people can live as free folks in their territory.

Betty and Kristen: What is the call to action to folks in the U.S and globally?

Feliciano: The Ngäbe people ask that they are listened to, that the government respect their territory and that the international and national standards are respected. They demand that the culture is respected, that Indigenous people are respected in their ways of living with their mountains and rivers. We ask NGOs and international organizations to demand that the Panamanian government respect the rights of the Indigenous peoples, and in this case denounce the occupation of the territory and listen to the women of Santa Fe demanding the respect of their gifts as women, the rights of the children and the elders. They’ve lived their whole lives and their generations are still there. So the call is to respect this history and to knock on the doors of these institutions so the voice of the affected communities is heard. We say that to fight the Indigenous fight we are able to combat climate change, which is a global problem, so together we are combating this problem by supporting our indigenous communities.

WhyHunger stands in solidarity with Ngäbe peoples and calls on the international community, our partners and allies, to elevate awareness about the 4th transmission line and the legal agreements we must hold industry and government accountable to for the advancement of the rights of Indigenous Peoples. 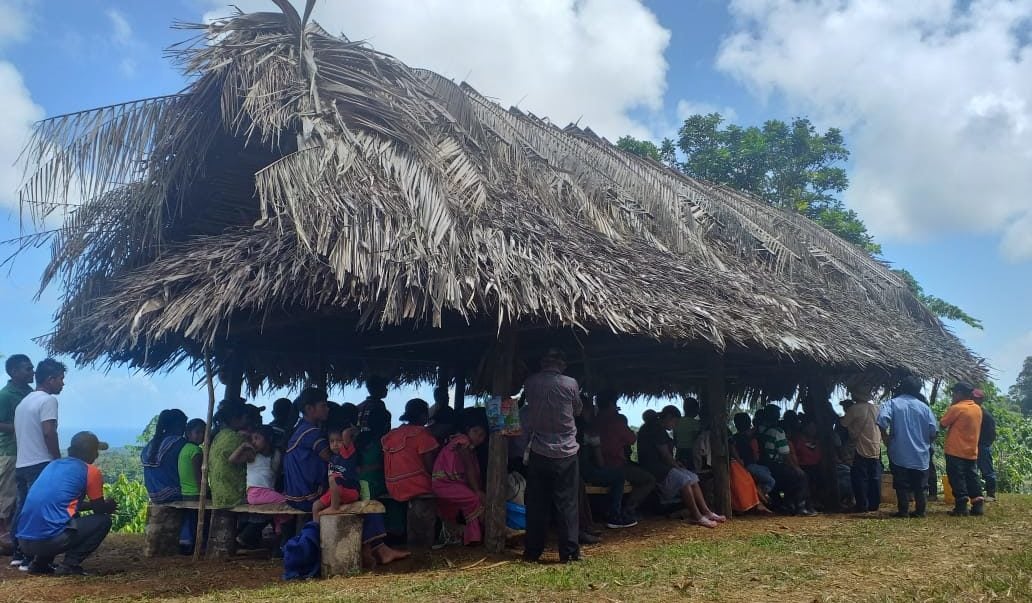 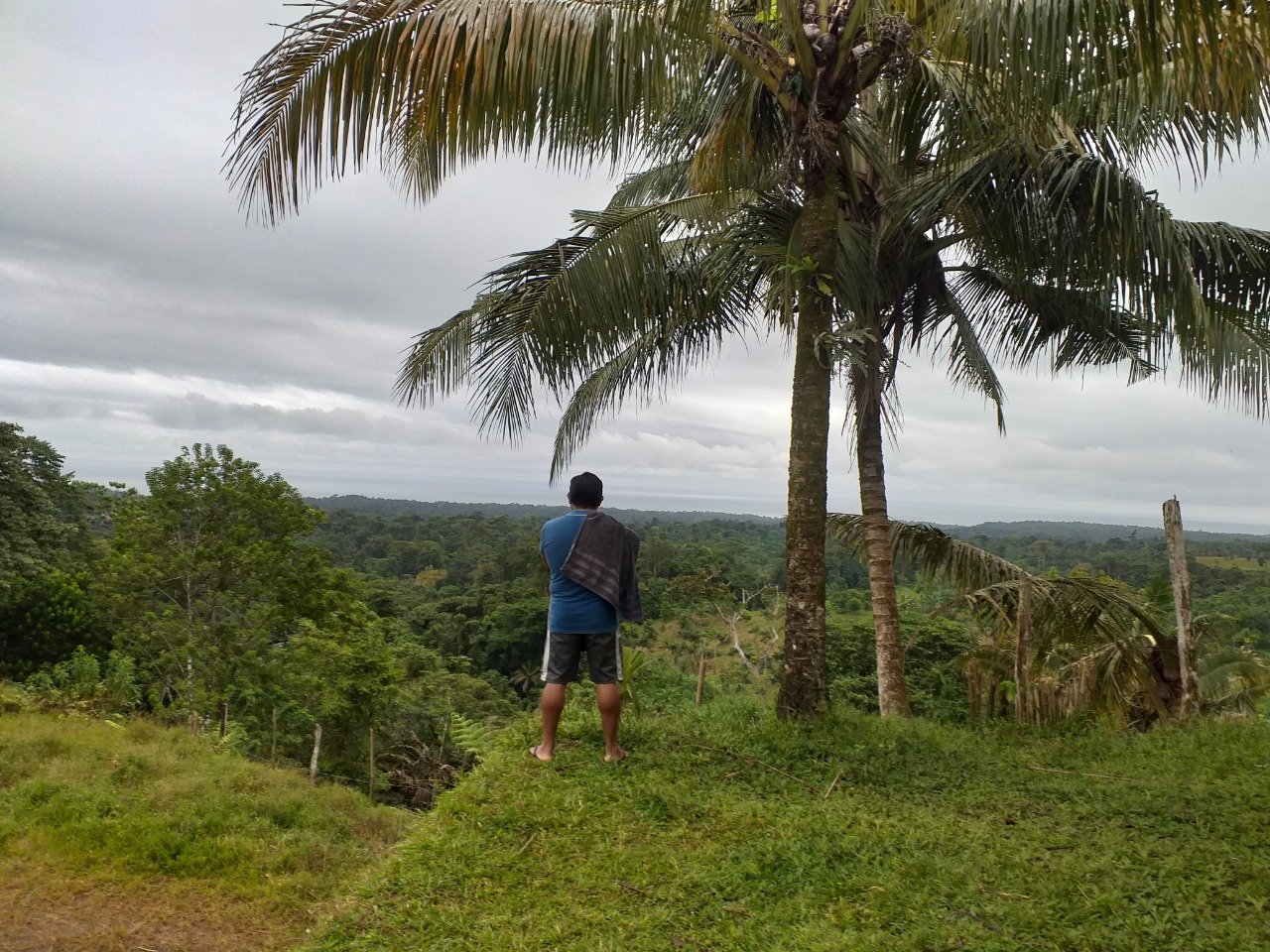