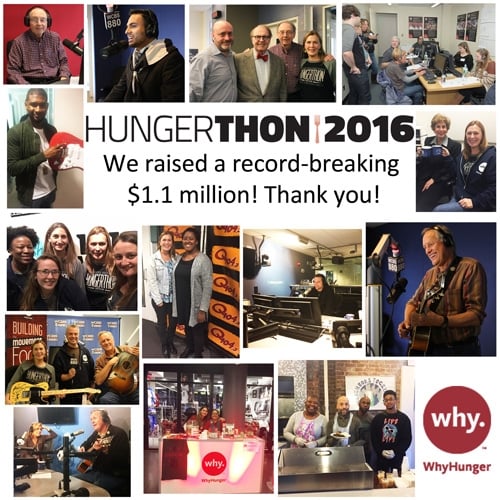 “This record-breaking Hungerthon is an incredible testament to the 31-year history of this important campaign and will fuel the work of WhyHunger and our community-based partners across the U.S. towards ending hunger and building social justice,” said WhyHunger’s executive director Noreen Springstead. “Our community of supporters, radio listeners, artists and celebrity partners stepped up to join WhyHunger in the critical work of building a just food system that upholds everyone’s right to nutritious food and we cannot thank them enough!”

Funds raised are invested in long-term community-based solutions that help people in need in communities across America. By resourcing, connecting and supporting the grassroots leaders who are nourishing our nation and transforming our food system, WhyHunger is working to create a powerful, vital collective to drive change and strike at the root causes of hunger, poverty and injustice.

With over 150 auction items and experience packages hosted on charitybuzz.com, this year’s top items included:

2016 Hungerthon Ambassadors included singer/songwriter and actress Emily Kinney, singer/songwriter Kenny Loggins and the rock band Switchfoot, who used their platforms to help raise awareness about the campaign and spur their fans into action. Additionally, WhyHunger’s long-time board member and Grammy-award winning singer/songwriter Tom Chapin joined the team at CBS Radio New York to support a live radiothon on Nov 22nd. Special thanks goes to the thousands of individual donors who contributed, over 100 volunteers who gave their time and talents, our incredible radio partners; SiriusXM Satellite Radio, CBS Radio New York, Cumulus New York and iHeartMedia, and our corporate sponsor PSS Distribution Services for their support. 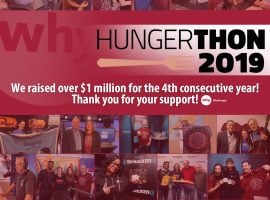 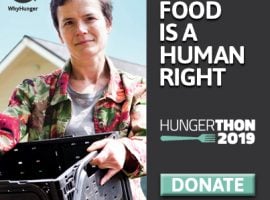