Join WhyHunger on February 1st from 6:30 to 9:30 PM at the School of Visual Arts Screening Room (136 W 21st Street, New York) for a special free screening of “Once And For All” including an introduction by the director Michael Epstein and a panel discussion to follow.

“Once And For All” is a feature film that tells the story of the Fourth World Conference on Women, Beijing 1995 as a watershed event in the global struggle for women’s rights. More than 47,000 outspoken activists and impassioned leaders hailing from almost every country, religion, and culture on earth came together in Beijing—and at the parallel NGO Forum—making it the largest gathering of women’s advocates in history. With original interviews with subjects, including Hillary Clinton, and archival footage, the film captures the suspenseful months leading up to Beijing and the high-stakes drama of the event itself. Through the eyes of global leaders and grassroots women, it offers a window into Beijing’s historic days, its impact, and its unfinished legacy. The feature documentary will memorialize this unprecedented moment in time and reignite momentum for lasting change.

WhyHunger believes that the solution to hunger is Food Sovereignty and Agroecology and that social movements are the main actors who can make this solution a reality. WhyHunger’s programs, strategies and approaches are supporting women to grow food sustainably, nourish their families, generate income, organize and lead their communities and build collective power to change policies and systems that result in inequality. WhyHunger supports social movements in regions around the world, many that are led by women, such as the World March of Women, Forum Mulher in Mozambique, the Democratic Assembly of Women in Niger, The Tamil Nadu Women’s Collective in India and The National Confederation of Rural Women in the Dominican Republic, among others. Ensuring women’s rights protects the right to food and nutrition. 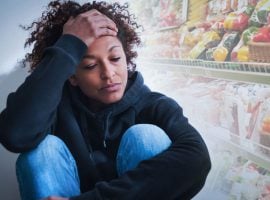