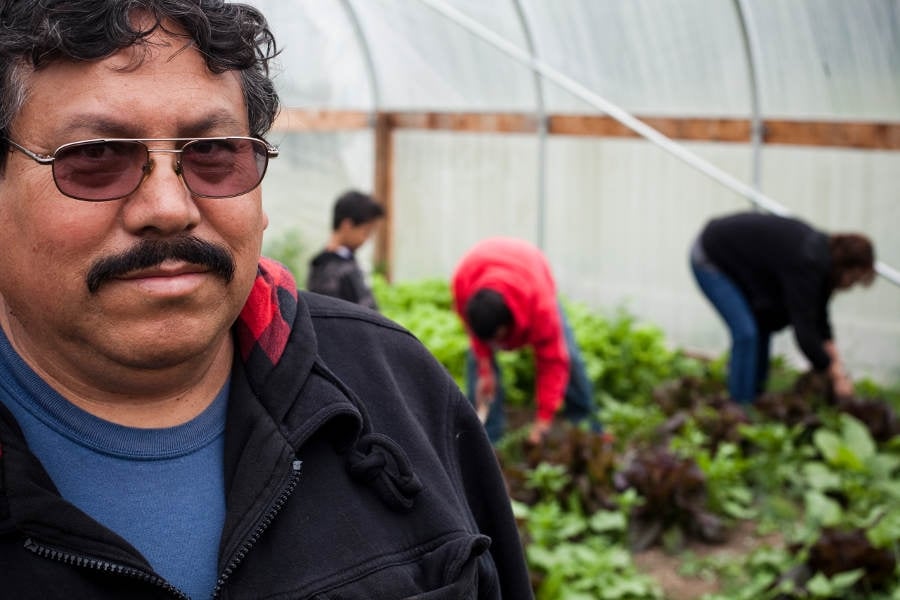 For over a decade the field lay fallow, a broad meadow at the bottom of a long hill. Thick evergreens and maples lined the back of the lot, but nothing more than grass grew in the dozen acres of flat Forest Grove, Oregon soil.

Forest Grove sits to the west of Portland in the northernmost corner of the Willamette Valley, one of the country’s most fertile growing regions and a favorite for premium wine vineyards. Grape vines line the rolling hills to the south of town where roadside signs tout wine tastings and vineyard tours for labels recognized in most of the country’s grocery stores.

Fernando Niño moved to Forest Grove in 1986. Now all his family is here. They came from Morelia, a city in the Mexican state of Michoacán. Back home, Fernando learned to farm with his father who grew corn, squash, beans, and peppers for the family. Fernando had a small garden – 20’ by 60’, in his Forest Grove home, but he wanted to grow more and he wanted to sell it to others.

A few years ago Fernando’s sister-in-law was taking a class with the Adelante Mujeres organization in Forest Grove. Adelante Mujeres is a non-profit that began in 2002 with a mission to empower Latina women by offering education classes. The women of Forest Grove’s immigrant population averaged a sixth grade education so the reading and writing and arithmetic classes led them toward a GED. The mission soon evolved to include parallel classes for the pre-school children belonging to many of the women. 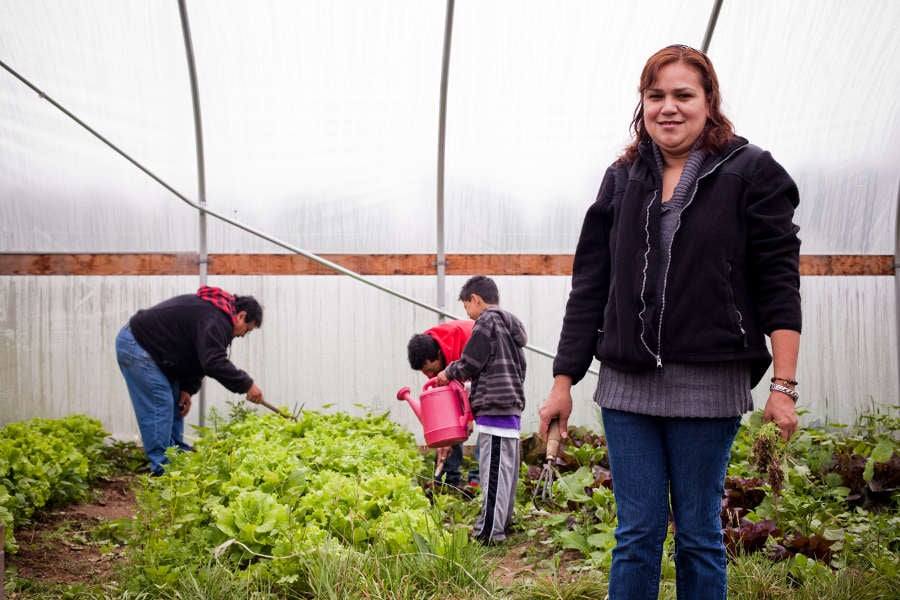 So Fernando got to know about Adelante Mujeres through his sister-in-law. He and his brother signed up for the farming and small business classes that Adelante requires for anyone interested in starting a small business on the farmland. The twelve-week farming class teaches practices for growing organically in the Pacific northwest climate, followed by a ten-week small-business development course. The farmer then gets a quarter-acre plot, support from farm staff, and access to capital from a 3:1 matching asset grant from the state and a micro-lending organization in the region. Adelante has also established a built-in marketing plan aimed at connecting growers to the farmer’s market, local restaurants, and institutions.

By the time of Fernando’s graduation from the course, Adelante Mujeres was not yet farming at La Esperanza. Instead Fernando and his brother farmed a plot of land adjacent to the organization’s existing garden project, the Forest Grove Community Garden. When Adelante Mujeres signed the lease for the La Esperanza Farm in 2010, Fernando and his brother were two of the first farmers to sublease the land and begin working toward a business.

The two men and a handful of others have worked the La Esperanza Farm for three years. They cleared the land, planted cover crops, and laid out an irrigation system in the first year. In the second year they built a forty-yard-long greenhouse and planted 3.5 acres with tomato, peppers, chard, spinach, squash, fava beans, cabbage, peas, cucumbers, onions, cilantro, squash, and watermelon. Adelante Mujeres, with the help of the USDA’s Community Food Project (CFP) grant, has established a bustling farmer’s market at La Esperanza Farm. Fernando and his new business called Kimberly Farms (he and seven family members) join twenty-five other small growers at the market each Wednesday from May to October. He also sells on Saturdays at the market in Portland. In addition to growing about 50% of his family’s household food on the farm, Fernando estimates that he sold $8,000 worth of produce last summer, his first year as a farm business owner. This year he plans to have more, hopefully chickens and eggs, too. 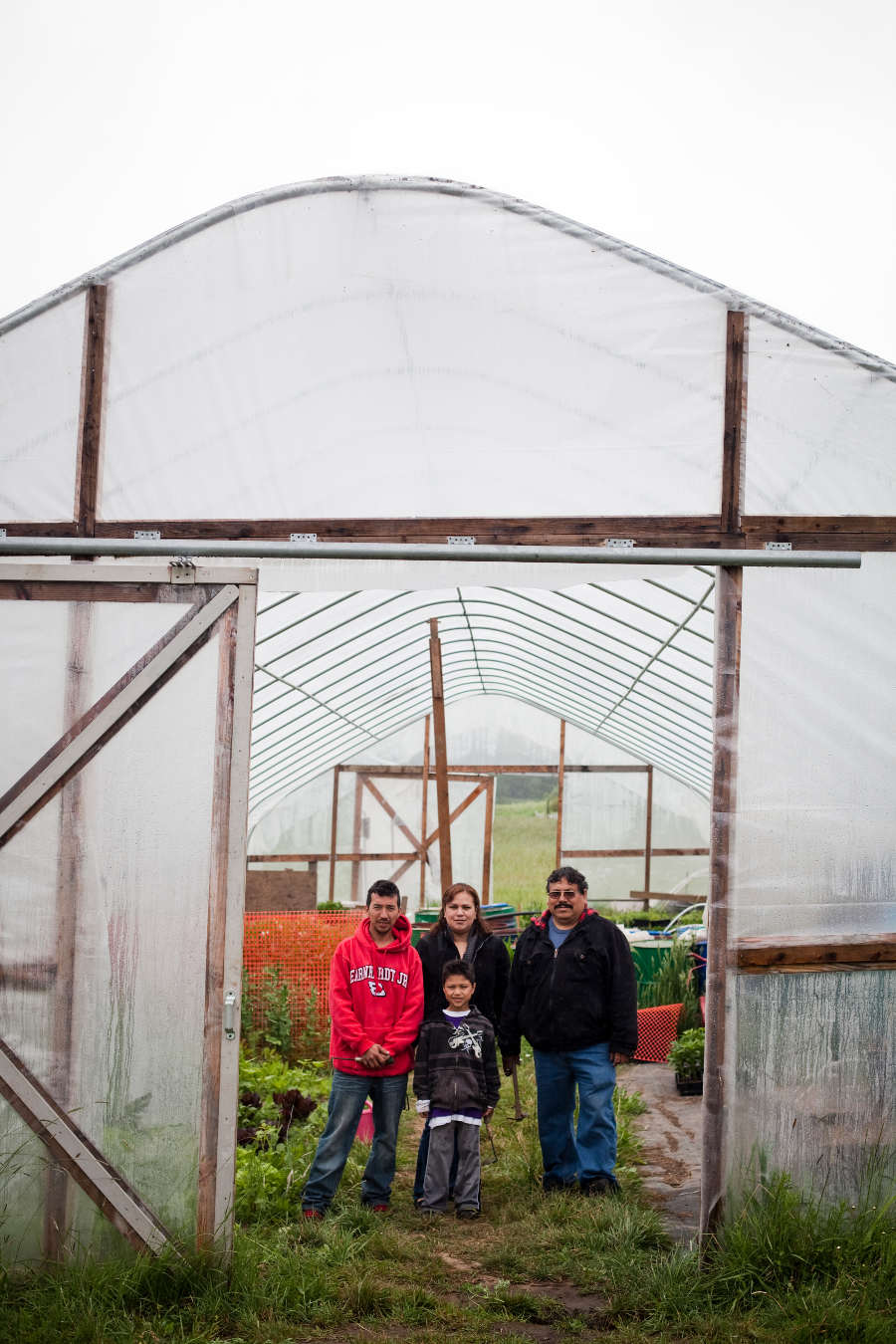 La Esperanza Farm is a physical, tangible island of growth and health within Forest Grove. The ripples from the farm can be seen in the vibrant colors of the produce being sold every Wednesday at the market. There’s now a waiting list for would-be farmers. But the CFP-funded farm business program, Adelante Agricultores, is just an extension of the well-established and less visible Adelante Empresas project that’s been supporting over forty small businesses in the community for years. Businesses like green home-cleaning services, landscaping, painting, and a commercial kitchen in the Forest Grove Senior Center that enables low-income residents to create cottage industries. They have a man who makes chorizo, a woman making barbecue sauce, and a small catering business.

$8,000 dollars last year for Fernando’s farm sales is not much. But it was their first year and on only 3.5 acres. 8.5 more acres of certified organic farmland sit at the base of the La Esperanza hill, less than a mile from downtown Forest Grove. The ripples continue spreading from the farm and the small-business program. Adelante has launched the “La Esperanza Distributor” with Bon Appetite, a management company that connects organic producers to corporate and institutional buyers. They’ve started a pilot program with Oregon Childhood Development Coalition to get Fernando’s and other Esperanza farmer’s produce into a Forest Grove pre-schools. It all just seems to be the beginning, when you look around Forest Grove and envision, in the rolling hills, farmland, farmers, and thriving small businesses.