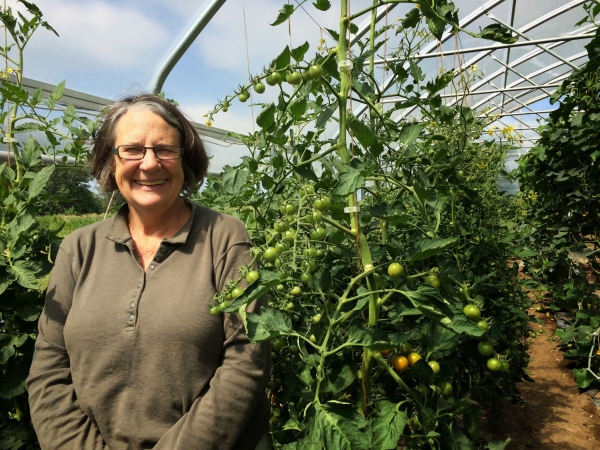 Denise has continued advocating for rural and farming women, bringing the Iowa farmer’s perspective to national and international stages. As President of the National Family Farm Coalition, she attended the 1995 UN Fourth World Conference on Women in Beijing, and in 1997 was invited to give a presentation at the UN General Assembly at the Earth Summit Plus Five on behalf of the world’s farmers, as the only US citizen to do so. She subsequently founded the Women, Food, and Agriculture Network (WFAN), “as a place women could be safe and be able to do things together.” Emerging as it did out of years of witnessing women’s silences and struggles, WFAN was founded on strong feminist principles, she says, but that hasn’t been an obstacle even in rural areas where the word may not resonate. “Not everyone we serve is a feminist,” she says, “but they all need the support of other women to be able to live on their farms and do what they want to do with their lives.” In 2006, Denise ran for Iowa Secretary of Agriculture—an outspoken progressive organic farmer in a state that is an agribusiness stronghold. After being ahead by a wide margin through most of the race, she was beaten by her Republican opponent by just two percentage points, following a Farm Bureau-funded attack campaign in the final weeks. Several years later, she ended up working for the government in a different capacity, as a USDA agricultural advisor in Jalalabad, Afghanistan.

These days, Denise raises vegetables and poultry for a CSA and local grocery stores. She mentors beginning farmers. Working with groups like Iowa Farmers Union and Pesticide Action Network, she fights chemicals and pesticides. She is on the board of the recently launched Sustainable Iowa Land Trust, or SILT, which aims to address the land transition ramping up in Iowa as older farmers retire and sell their land. SILT will buy land and lease it to beginning farmers, with the rent adjusted based on use of sustainable practices. Denise is working with women landowners to build SILT’s base—women own nearly half the land in Iowa, much of it leased to corn and soybean growers. She is finding that many of them have been looking for just such an option; they want to help beginning farmers, and they want the future of their land to be in sustainably-grown food, not chemical-dependant commodity crops.

Helping Iowa women find a path by which their land can be farmed sustainably brings together some of the strongest threads of Denise’s life, continuing the fights she has engaged in for nearly forty years. Nurturing farmers and growing food will be the future of the land she is working to preserve—and is her own legacy as well.