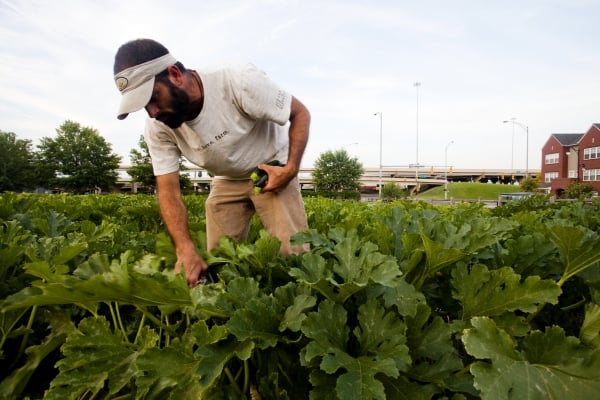 Edwin Marty grew up in Birmingham, but not in downtown. He lived in the nearby suburbs and attended the best schools. When he got the chance Edwin bolted to the west coast for college and he stayed there to learn how to be a sustainable farmer, to sail, climb mountains, surf, and to teach youth in alternative education programs. 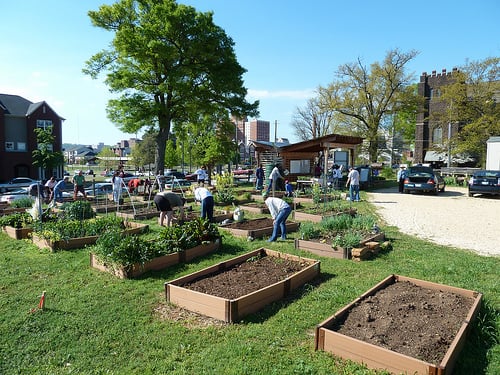 Edwin named the farm Jones Valley Urban Farm after the historic name of the agricultural valley that now holds downtown. JVUF would have parties at the little farm. Some were serious farm-to-table fundraisers with six long tables pushed together on the uneven wood chips and covered in crisp white table-cloths. Fifty or so of the old southern city’s more progressive minded patrons of good food and good community would come down to the crack-alley farm and gorge on heaping portions of squash casserole, arugula salad, mashed potatoes, and crispy kale, most from the farm and all cooked by the restaurant chefs. Edwin would talk about bringing good food back to cities and bringing people to good food. It felt like a little revolution there in everyone’s backyard.

People liked Jones Valley Urban Farm. Edwin soon expanded it from that sliver of a vacant lot to a full city block in downtown Birmingham at the edge of a Hope VI apartment complex, a youth YMCA, and the jumble of highway overpasses that rim most downtowns like some elevated, high-speed version of a moat. He planted sunflowers to remediate the soil so that in July, 60 mph passersby on those raised highways would see a sea of yellow smiling up from the concrete jumble of downtown and they might remember that there’s soil under that pavement. Eventually he grew rows upon rows of vegetables and he brought the neighborhood residents and students to the farm to grow food and see where it comes from.

With a mission to teach as much as farm, Edwin hired an education director and they established a serious curriculum and workshop program that brought engaged students at the adjacent Youth YMCA, worked with accredited science courses at the downtown Alabama School of Fine Arts, and hired summer farm interns from University of Alabama at Birmingham. JVUF built community plots for the residents of the Hope VI apartments across the street and Edwin and staff led gardening workshops to teach the adults how to grow food for their families. 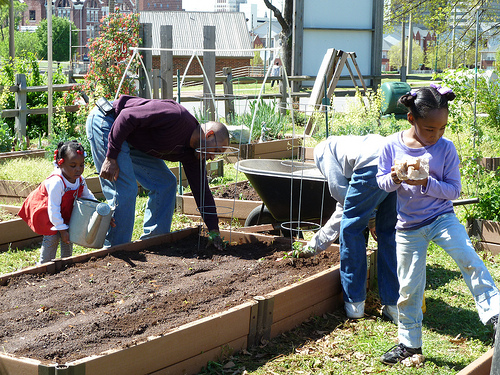 The food revolution in Birmingham is quiet, but it’s undeniable. New city farms have emerged from between the parking lots and highways. They went to Edwin and JVUF to learn how to find funding or engage community members or rotate crops or find outlets to sell the produce from their new farms. Ten years of students, almost a generation, have gone through the JVUF teaching program and it’s likely none of them would have seen, sown, or tasted food growing in a city.

JVUF is now Jones Valley Teaching Farm, an affirmation of its original intent, now defined in its name. More students will pass through the Birmingham farm until an entire generation will have had a connection to their food. And other farmers in the state have coalesced to form organizations like the Front Porch Revival, the Alabama Sustainable Agriculture Network, and there’s talk of creating a food policy committee.

And Edwin has since moved on from the farm he founded. He’s now the director of the farms at Hampstead Institute in Montgomery, AL, planting seeds and inciting revolution in more forgotten soil.