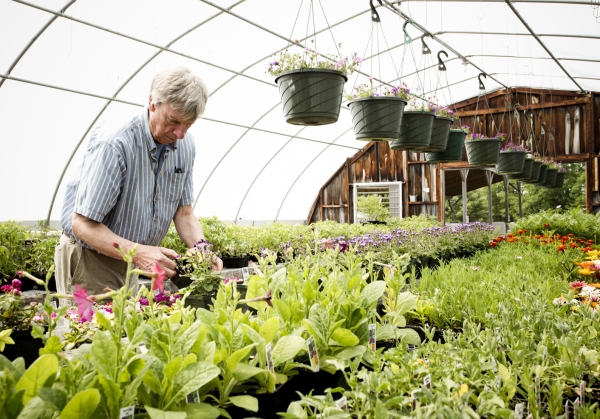 There’s nothing easy about farming. You can’t dabble in it. That’s gardening or plantation farming. Farming for real is a lifestyle. And farming in purely organic, bio-diverse ways on a small scale for commercial sales in a low-income community is as hard as it gets. Next to impossible with the current situation of farming subsidies throughout the US.

So Richard Rudolph will be getting out of the business. He’ll be 74 years old soon, and he has eleven acres, one farm manager, three apprentices, a few come-and-go WOOFers, and a couple volunteers. Part of the farm thrives in permaculture, one of the most labor-intensive growing methods. So Richard’s looking to find a new executive director for the non-profit farm or find another non-profit interested in folding Rippling Waters into an existing program.

Either way, Richard will have established a legacy in Standish, Maine. He and his program will have built five school gardens and a solar-powered greenhouse at the schools in the rural Maine School Administrative District #6 where roughly 40-60% of students qualify for free-reduced lunches. He will have introduced hundreds of youth and working-class families to healthy, local (and, by the way, certified organic) produce grown in the same sandy soil that the kids play baseball and ride bikes on. And he will have walked his talk.

Richard spent his life in academia, a professor in a hybrid of history, social sciences, urban planning, sustainability courses, and, later as an academic dean at the University of Massachusetts-Boston. He walked the line between teaching the theories of green energy, sustainable community planning, international arms races, and global warming, and trying somehow to live that in his life. For part of his career, Richard lived in an intentional community that raised apples commercially.

He believes teaching is political work because you are always presenting something from your personal frame of reference. Information must pass through the teacher’s prism before being placed before the student. There is no possible way to be completely objective. The philosophy of farmer-teacher-activist seems to move through Richard’s every action like oxygen and red blood cells.

In 1991, Richard and his ex-wife bought the sand-pile of a farm along the swift Saco River. It was to be a retirement avocation. They toiled and turned the soil and built a commercial farm on the land, but it never made a profit in over a decade. In 2006 he got a board of directors together, a pro-bono lawyer, and applied for 501c3 non-profit status. He realized that, as he had found to be all too true in academia, there was just no avoiding the need to rely on grants to make his farm work. 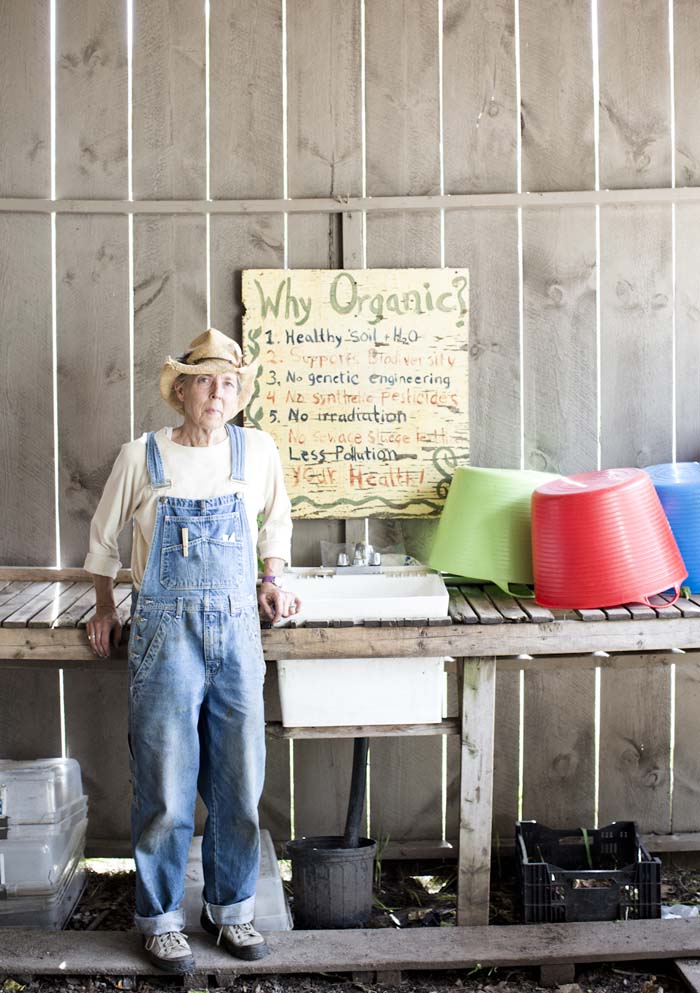 The USDA’s Community Food Project (CFP) grant was the first grant Rippling Waters received. In 2007, for three years, the grant propelled them into enacting their mission. Before they had been trying to run a non-profit willy-nilly – giving food to the food pantries, bringing people to the farm for informal, free educational workshops and tours. With the CFP they could harness their mission – to connect local people to the land and to the food they eat. So Richard and his small staff worked with five schools in the MSAD6, building schoolyard gardens and encouraging faculty, parents, and students to get involved. They built the $65,000 greenhouse at a middle school.

But Richard and his staff are still running the gardens and greenhouse programs. It might have been a rush job to build the things and then hope the school community would take over. Or hope more grants would keep coming in to fund Rippling Waters’ support of the gardens.

It didn’t happen quite like that. The gardens and greenhouse still function well, but they need the support of Rippling Waters’ staff, supplies, expertise, and, of course, time. And Rippling Waters was not awarded another round of CFP. The paperwork for grants can be full-time work, even for an academic seasoned in grant-world protocol.

So Richard stopped worrying about another CFP. He’s received other grants, like the one for $3,200 to match a SNAP recipients dollars spent at the Rippling Waters farmers market (in Portland, Bridgeton, and Gorham). But the farm loses $10,000 per year.

It’s doubtful that Rippling Waters will shutter its barn and see its fields wither into the sand again, but Richard can’t sustain it much longer. Someone will likely come in, another practitioner of theory and dreams. And that, sometimes, is all you can hope for, to have the legacy live on and know that even if there is just one more person out there who sees value in local food, then you have walked the talk long enough to pass the baton.