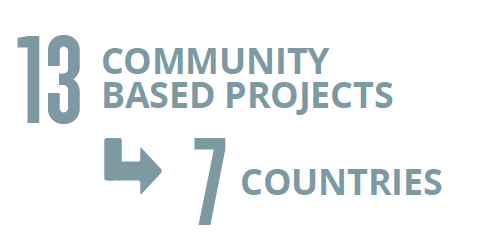 The most effective way to accelerate and scale the use of agroecology is through farmer to farmer training and organizing. That’s why WhyHunger provides technical support to The People’s Agroecology Process, a grassroots-led process in the United States, Puerto Rico and Canada that has brought together hundreds of organizers and farmers from African American, Native American, farmer and farmworker communities through agroecology encounters and trainings. WhyHunger offers logistical and financial resources to the Process and supported two delegations of farmers to Cuba and Canada in 2019. 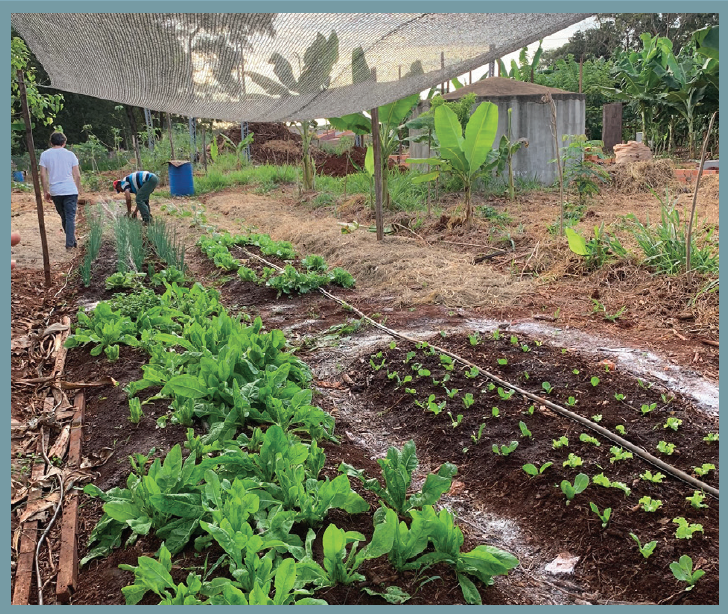 Through WhyHunger’s Rapid Response Fund, which provides immediate resources directly to our social movement and grassroots partners in the aftermath of a crisis, we provided emergency support for families affected by the dam collapse in Brumadinho, Minas Gerais Brazil in 2019.

In coordination with our allies in Brazil – the Movement of People Affected by Dams (MAB), the Movement of Artisanal Fisherwomen and Fishermen (MPP) and La Via Campesina – Brazil, funds were used to help families and farmers relocate and begin rebuilding their farms and local food systems to re-establish local food security and food sovereignty after the crisis. 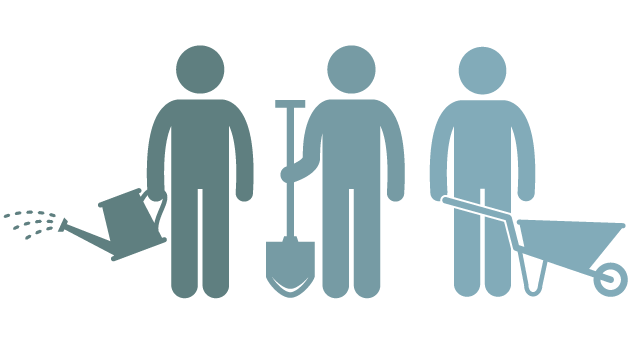 That should be our homework, to organize the farmers everywhere around the world and to support them because they are who give us life. Give them the tools so they can preserve the earth because it takes a long time for the earth to renew itself, we need to care for this natural element. It is one of the most important elements, the earth and the water, for this and future generations.

WhyHunger provided significant support to the 9th annual Black Farmers & Urban Gardeners Conference which took place in New York City in late October. BUGS was co-founded by WhyHunger Board member Karen Washington and three of WhyHunger’s current staff, Suzanne Babb, Lorrie Clevenger and Regina Ginyard, to sustain shared knowledge, fuel advocacy around food and farm issues, and ensure that Black growers can thrive and make their voices heard. Our staff helped to organize the event and provided travel scholarships to the conference, which saw over 500 attendees.

WhyHunger partnered with FIAN-International and the University of Miami Law Clinic to submit the first ever civil society review of the United States’ violations of the right to food to the UN Human Rights Council. This landmark report reframes hunger in the U.S. as a human rights issue and will be used by organizers across the country as a narrative change tool in the fight to establish nutritious food as a human right. 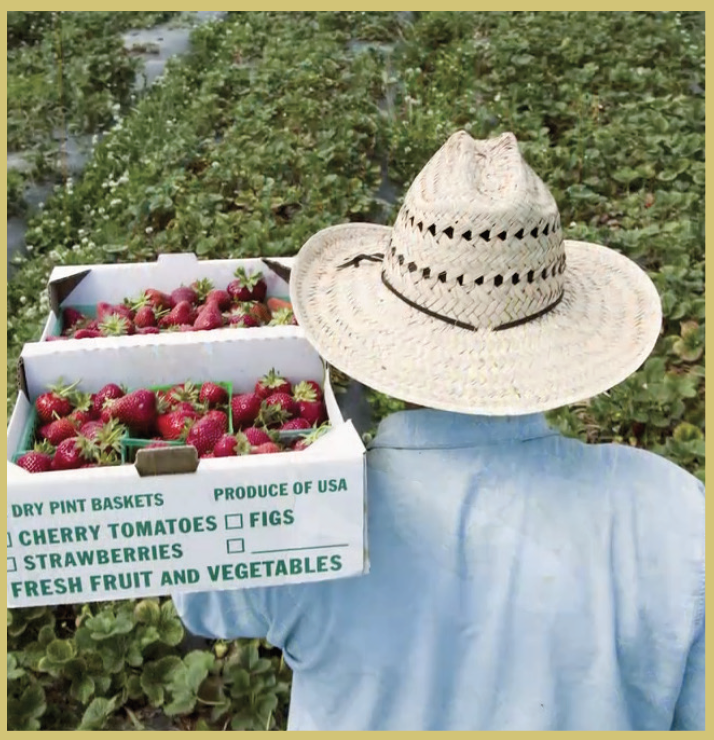 In 2019, WhyHunger joined the coordinating committee of the Global Network on the Right to Food and Nutrition and participated in the third global convening in Jarkarta, Indonesia. The Global Network is made up of about 45 public interest or non-profit civil society organizations and social movements - peasants, fisherfolk, pastoralists, landless people, consumers, urban people living in poverty, agricultural and food workers, women, youth, and indigenous peoples - that recognize the need to act jointly for the realization of the right to adequate food and nutrition. WhyHunger was nominated to serve on the Network’s Coordinating Committee for a term of 2 years and is working with allies across the globe to ensure everyone has the human right to nutritious food.

The WhyHunger Find Food database of more than 30,000 food access organizations is the most comprehensive in the U.S. In 2019, through our texting service, WhyHunger Hotline (1-800-5HUNGRY) and online search we assisted 373,419 individuals in accessing healthy food and essential services in their communities. During the 2019 government shutdown, WhyHunger provided resources to furloughed government workers through the WhyHunger Hotline and a collaboration with the American Federation of Government Employees.

It’s been my experience that WhyHunger is so responsive. It’s not a narrow vision of what should happen and how they are going to participate. No, it’s a very listening ear that says this is where we all want to go and what do you think it’s going take to get there? 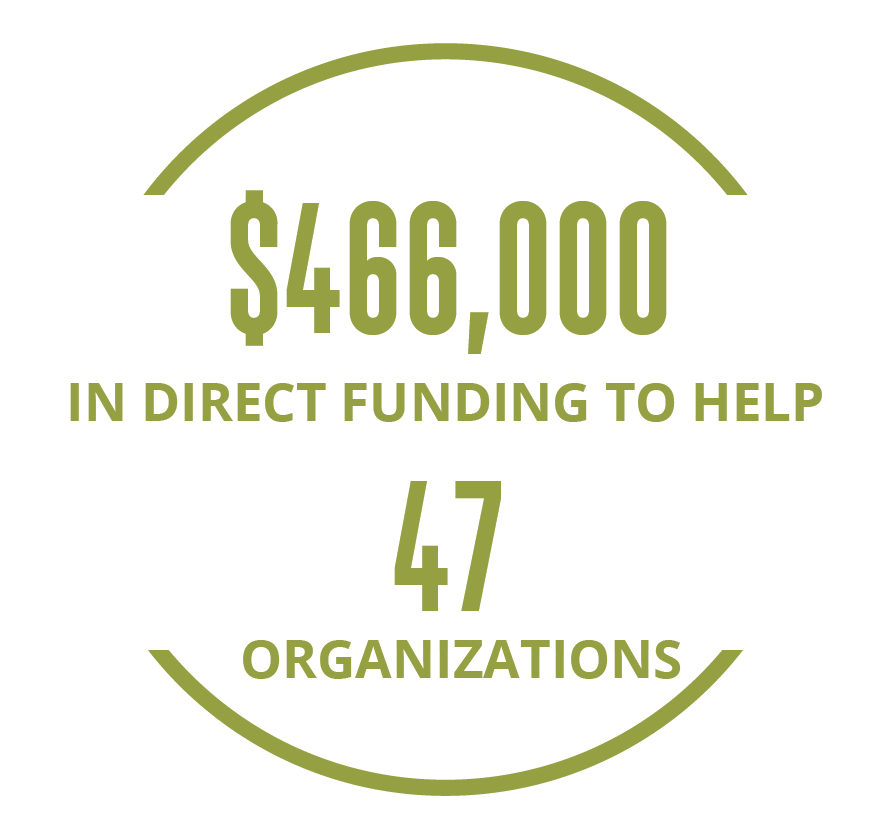 WhyHunger provided over $466,000 in direct funding to help 47 organizations and community leaders across the U.S. bolster initiatives around childhood nutrition, organizing, story-based narrative strategy and Black food sovereignty. By working to deepen local impact and build stronger connections regionally and nationally, WhyHunger is helping communities address their own immediate needs and increase their capacity to engage in long-term change.

WhyHunger is stewarding the growth of Closing the Hunger Gap Network, the national alliance of emergency food providers working to shift from a model of charity as the solution to hunger to a model of social justice. In 2019, the network hosted a national conference for over 500 people, grew membership to over 200 organizations and individuals, and hosted strategic working groups, workshops and educational webinars on topics like political education, organizing, narrative change and racial equity.

Hunger is indeed a solvable problem. We need a new narrative – a shift in our mindset from thinking of hunger as the problem to looking at hunger as a symptom of greater forces at work in people’s lives creating poverty.

WhyHunger continued its work to transform the dominant narrative about hunger in U.S. By utilizing a story-based strategy WhyHunger organized with food access organizations across the U.S. to lead a national narrative change process, host workshops for individuals and organizations, and launch a mini-grant program to fuel grassroots-led narrative change efforts in 6 communities. We expanded these efforts through WhyHunger’s storytelling and Food Justice Voices series, which released Solidarity, Education and Action! Comedores Sociales: An emerging movement in Puerto Rico to highlight the intersection of hunger, health and resilience in Puerto Rico.

WhyHunger continued to strengthen our individual donor base and tribe of supporters, expanding our monthly supporters by 14%. In 2019, we energized our supporters with education and action focused on agroecological farming and food production, movement building and solutions to climate change and hunger. We also launched The Root Report, a weekly e-mail series that shares information about innovative community-based projects around the globe that are working on long-term solutions to end hunger and its root causes. 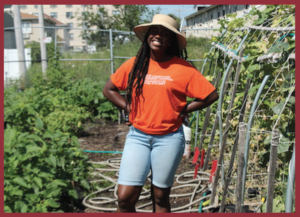 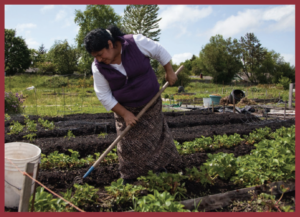 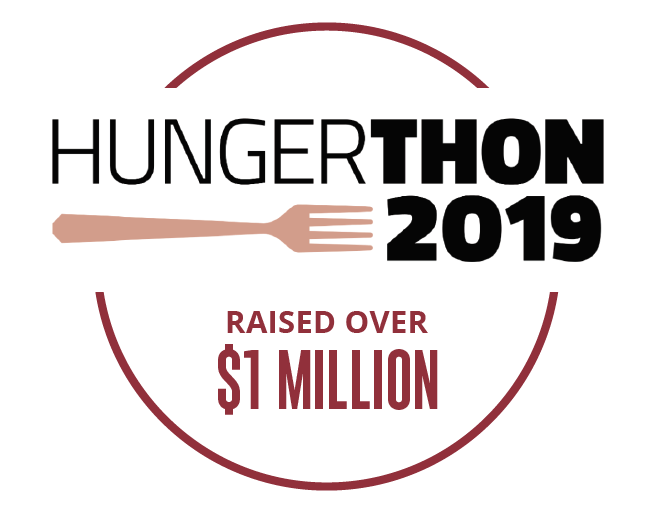 In 2019, WhyHunger launched its first ever Summer’s Heating Up! Campaign, energizing our supporters, board members and donors, to raise over $25,000 to train small-scale farmers in sustainable food production to feed and cool the planet. Over eighty donors contributed financially, including WhyHunger Artist Against Hunger & Poverty ambassador Jason Mraz.

Whatever I can do through my band and through my music to help organizations like WhyHunger build broad-based social movements led by the grassroots to change the systems, policies and institutions that perpetuate hunger and poverty in the world. That’s the goal.

WhyHunger’s Artists Against Hunger & Poverty program utilizes the power of music and art in the fight to end hunger and poverty. In 2019, we engaged new artist ambassadors Dead & Co., Path P, FRZY, Melanie Kraut, and Activist Artists Management and expanded our reach to an audience of tens of thousands of new fans through on-site engagement at concerts and festivals. WhyHunger also attended Dead & Co., Playing in the Sand Event, raising over $75,000 to help communities in Mexico produce food agroecologically, save seeds, and train farmers. We honored John Mellencamp with the ASCAP Harry Chapin Humanitarian award for his tireless work to support farmers and his commitment towards social justice. 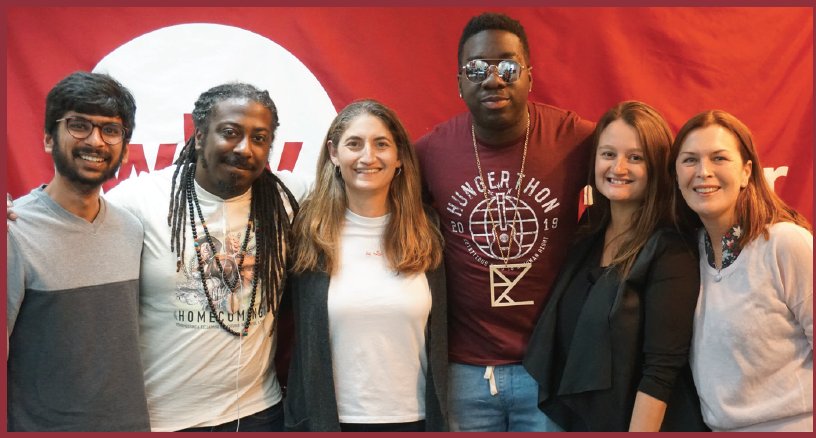 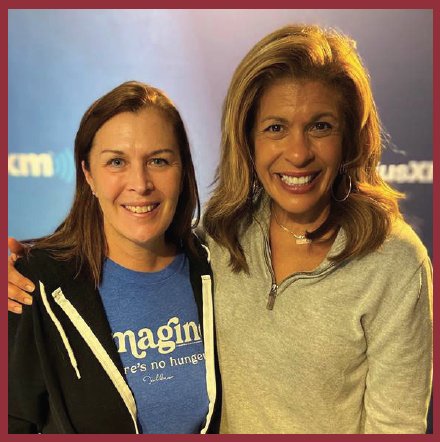 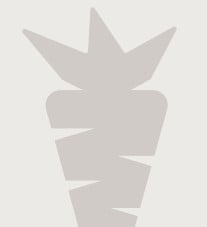 In 2019, WhyHunger launched new charitable partnerships with Tito’s Handmade Vodka, CauzeApp and the Institute for Integrated Nutrition. We continued our partnership with the TCS New York City Marathon, engaging five dedicated runners who raised over $12,500 to support our work. In partnership with the ONEHOPE Foundation and the Albertsons Companies Foundation Hunger Is initiative, WhyHunger made significant investments in grassroots solutions to hunger across America to support healthy food access, childhood nutrition, sustainable food production, and more.