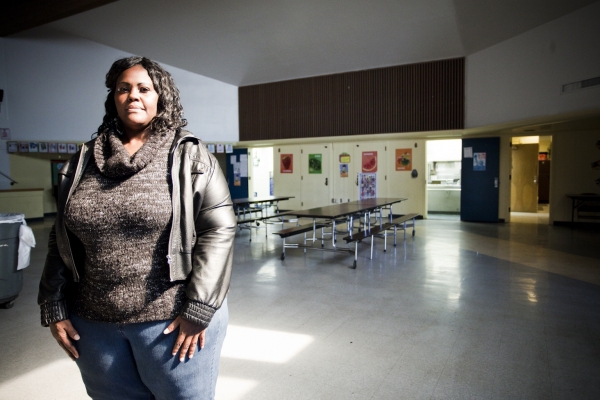 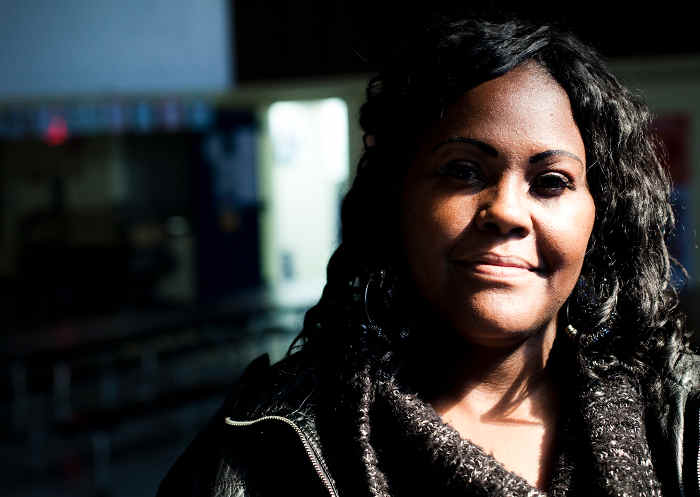 So instead, EBAYC decided to source local, pesticide-free products from farmers and distributors, but they’d hire a parent from the school to run the stand. The after-school, on-site locations would create a direct link between the students (and the nutrition courses being taught in their classrooms) and the parents coming to pick them up. Having a parent run the stand keeps it all in the family and puts a recognized, trusted face behind the fruits and vegetables.

The program began in 2006 with two markets, one at Franklin Elementary and another at Garfield Elementary. It worked. Parents could buy healthy food as they picked their children up and the children could practice and share their lessons in nutrition at home with real food. Teachers and parents from other schools started to notice and Christina and EBAYC realized the demand for more school produce markets.

Fortunately, as the demand for school produce stands increased, EBAYC received two grants in 2007 (USDA CFP) and 2008 (Robert Wood Johnson Foundation) to improve community access to fresh food and prevent childhood obesity, respectively. With the OFSPM already underway and thriving, EBAYC not only expanded the markets to twelve schools in 2009, but they also partnered with the Oakland Unified School District (OUSD).

Before, Christina and her team would buy produce from farmers and distributors. They filled their pickup truck and set up markets at the two schools. With the school district involved, farmers could deliver to the OUSD warehouse and the produce could go to schools on OUSD trucks.

EBAYC calculated that the twelve markets brought in $113,000 in revenue. That’s a lot of locally-sourced (75-95% from CA) and pesticide free (85-100%) produce moving through Oakland homes thanks to a dozen parents at after-school stands.

OFSMP has grown to twenty-two markets through Oakland. Parents like Monica sell produce once-a-week at their childrens’ schools. Once a month the Health Department sponsors a cooking demo so parents and students can learn together, eat samples, and take home recipes.

Monica wants to bring in the three senior homes within a block of her MLK school stand. She plans to pass out flyers and let them know the food is there and that it’s not too expensive. That they take EBT and sometimes do coupons, like buy $5 and get $1 off.

“The community and teachers come early, at 2:15,” says Monica. “When the kids let out at 2:45, they take over. My girls went from wanting cakes at home to wanting apples and oranges. Kids will come up to me and say, ‘Ms Monica, I got my dollar.’ They might only have a dollar so I make dollar bags of strawberries or cherries.”