The Food Sovereignty Prize will be awarded this evening in Des Moines, Iowa. The event will be streamed live at www.foodsovereigntyprize.org/live at 8:00pm EDT. 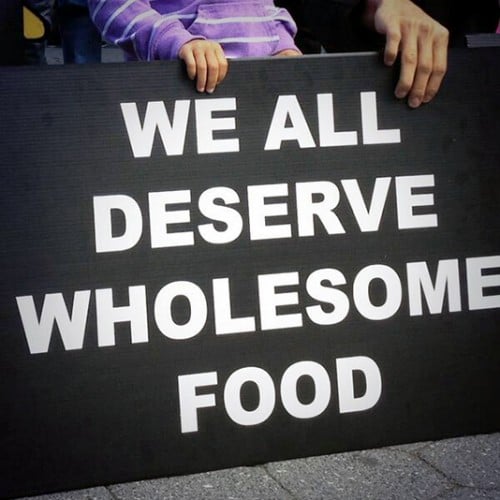 Norman Borlaug, often referred to as the father of the Green Revolution, called for a World Food Prize to be established just after he was awarded the Nobel Peace Prize in 1970. His intention was to lift up, more frequently than the venerable Nobel committee could, those who have devoted their careers to alleviating global hunger and therefore contributing to a more peaceful world.

Indeed, hunger is often cited as one of the root causes of conflict and war. Calling attention to hunger—and its constant companion poverty—as inextricably linked to peace does certainly warrant a prize that continually puts these issues in the spotlight. The tragedy of the World Food Prize is that since 1987, when the prize was first awarded, the laureates—with a very few exceptions—have been primarily scientists that have advanced food as a commodity and not as a basic human right. This week the World Food Prize is once again being awarded to a plant scientist, Dr. Rajaya Sajaram, for his development of numerous prodigious wheat varieties that have been spread around the world to the benefit of “small and large-scale farmers.”

Yet, privileging food as a commodity to be bought and sold on the exchange floors of Chicago and New York has led to considerable damage to the natural environment and to our health. Not to mention that world hunger has reached the staggeringly high estimate of nearly one billion people, with more spikes than declines in the past few decades, according to the U.N. Food and Agriculture Organization.

Production agriculture is the source of at least 14 percent of green­house gas emissions, depends on unsustainable fossil fuels and is the consumer of 70 percent of the world’s an­nual freshwater supply. www. of this profit-driven recipe for efficiency and scale in agricultural production. And, like the sorcerer’s apprentice, no longer able to control what he has summoned by his spells, climate change is making our Earth inhospitable to food production through an increasing prevalence of drought followed by monsoons. And what is the response historically to a dwindling access to natural resources among rural communities in particular? Hunger and conflict.