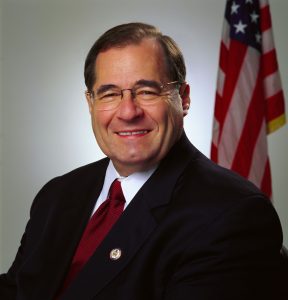 Congressman Jerrold “Jerry” Nadler represents New York’s 10th Congressional District, one of the most dynamic and diverse districts in the country. Rep. Nadler began his career in public service in 1976 in the New York State Assembly. Representing the Upper West Side, he served as a Democratic Assemblyman for 16 years. In 1992, Rep. Nadler was elected to the U.S. House of Representatives in a special election and has served in Congress ever since. He was re-elected to his fourteenth full term in 2018.

For over 30 years, in both the House and in the New York State Assembly, Congressman Nadler has proudly been on the front lines in the fight for civil rights, and has been a relentless defender of our country’s fundamental promise of equality for all. Rep. Nadler has been a life-long advocate for children, families, working people and those struggling with hunger and poverty, and he has served on WhyHunger’s Advisory Board for over 25 years. Read his full bio here.