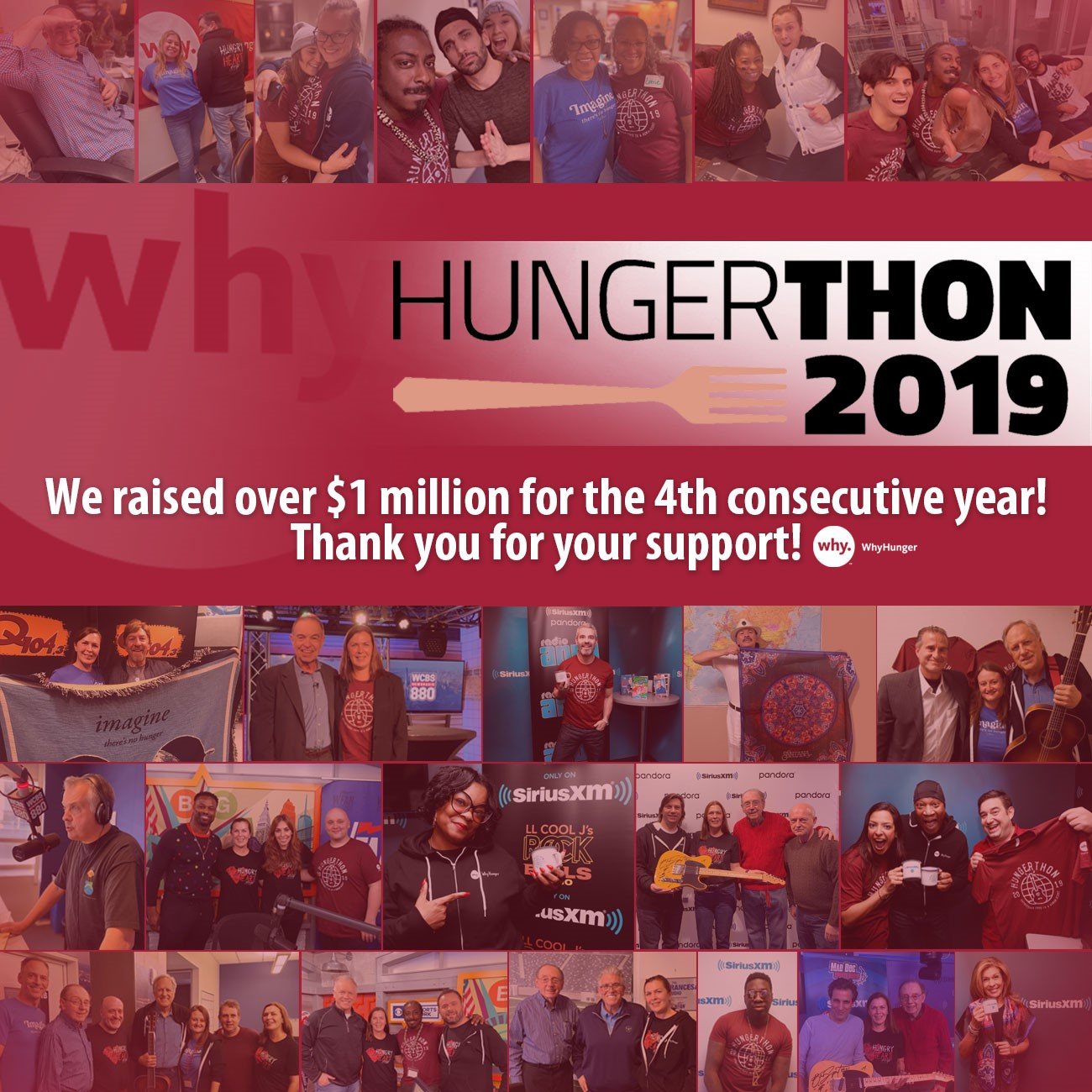 WhyHunger— a leader in the movement to end hunger and advance the human right to nutritious food in the U.S. and around the world—today announced its 34th annual Hungerthon campaign raised over $1 million for the 4th year in a row. The time-honored campaign resulted in unprecedented awareness and critical funds for community-driven efforts to solve hunger and build social justice for all.