Last week in New York City, The New School held its 29th Social Research Conference, “Food and Immigrant Life: The Role of Food in Forced Migration, Migrant Labor, and Re-creating Home.” As described by the New School, the conference “places issues of immigration and food service work in the context of a broader social justice agenda and explores the cultural role food plays in expressing cultural heritage.” I had the opportunity to see talks on injustice in the food system by Dolores Huerta, co-founder of United Farm Workers, as well as Saru Jayaraman, founder of Restaurant Opportunities Centers United and author of Behind the Kitchen Door.

Saru Jayaraman on the poor conditions in which food services workers work: 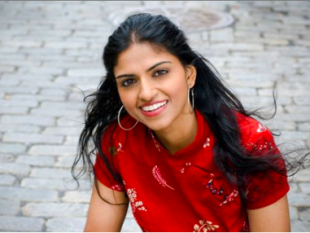 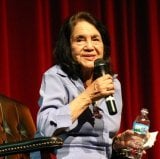 “There’s the whole issue of pesticides, right? Another problem-making area. All of the pesticides they put on the food. And you know, with the United Farmworkers we were able to ban over a dozen pesticides; we called it the ‘Dirty Dozen.’ Some of these pesticides were so deadly that farmers would just walk into a field and could be dead within 15 minutes. They were so deadly.

Video of the conference will soon be available on the New School’s website. For more on food and farm workers, check out Workers in the Food System on WhyHunger’s Food Security Learning Center. And before you next eat out, check on the labor practices of your favorite restaurant with the invaluable Restaurant Opportunities Centers Guide to Ethical Eating, available as a PDF and an app!