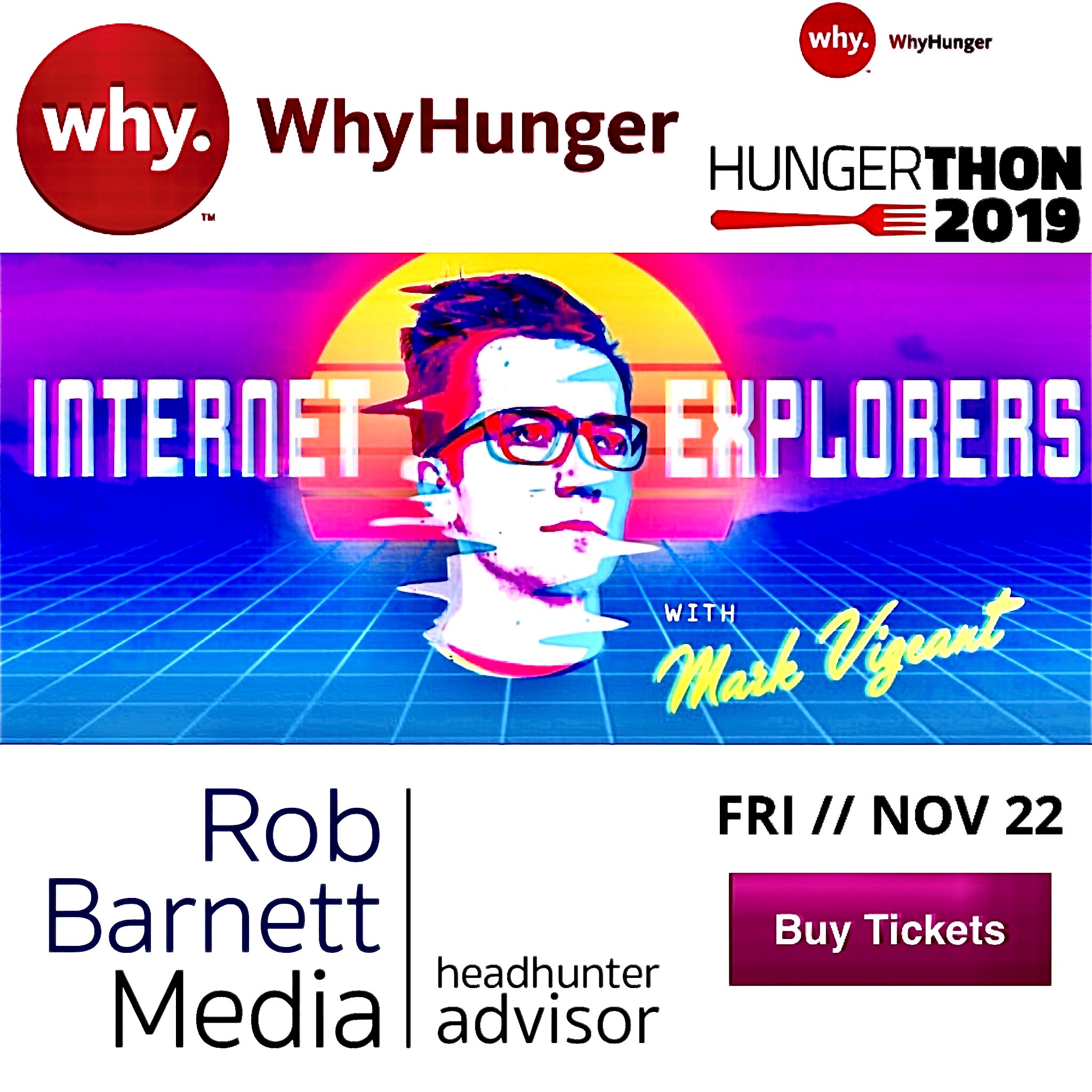 This event is a special fundraiser for WhyHunger, presented by Rob Barnett Media. Each ticket will provide a $20 donation to WhyHunger, and ticket buyers will receive:

Early admission (6pm) to a private pre-party with drinks and food
Meet and greet media pros and media company heads
First choice seats
First crack at fundraising items for sale featuring exclusive merch from Bruce Springsteen and John Lennon
Internet Explorers: Is Twitter bad, or is it the worst?”

Mark Vigeant uses comedy to explore and demystify technology so that people can be aware, informed, and empowered.

Internet Explorers is his monthly live show where he takes sold out audiences (and thousands of livestreamers on Twitch) deep into a corner of the Internet to learn and laugh about everything from memes, artificial intelligence, and e-commerce to online dating, hacking, and the dark web.

This month’s show is all about the stream of Internet poison known as Twitter, the only company Trump’s current presidency has actually saved. Okay but is it really that bad? Haven’t they figured out how to not make it a toxic wasteland filled with trolls, bots and reply guys? You’ll have to come to the show to find out! Mark will be going deep into Twitter: bot twitter, weird twitter, brand twitter and beyond! And as always he’ll be joined by his bffs Sam Reece & Rollie Williams, with live music by Darren Solomon.

Mark is joined each month by some of New York’s most brilliant comedians (Comedy Central, SNL, UCB) and technology experts (The Internet Archive, OkCupid, Buzzfeed).

Doors 6:30 PM, show 7:00 PM.
Tickets $10 in advance, $12 at the door.
21+
This event is mixed seated and standing room. Seats are first-come, first-served.
REFUND POLICY: Tickets may be refunded up to 24 hours before the event. Within 24 hours we may take exchanges for other events at our discretion. No refunds after the event