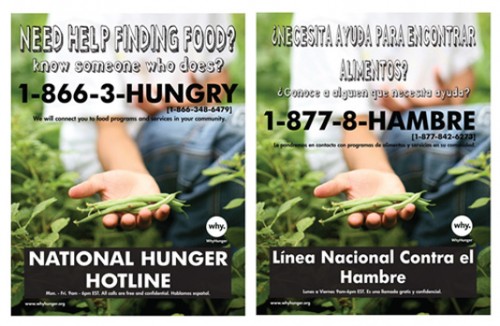 The National Hunger Hotline (NHH), a service of WhyHunger’s National Hunger Clearinghouse, provides real-time referrals for people in need across the U.S. to emergency food and assistance programs. Receiving an average of 700 calls per month, the NHH is a portal to information, assistance, and resources, ultimately empowering families and individuals to meet their vital needs including fresh, healthy food. In Stories from the Hotline, we share some of the experiences of callers and our efforts to support them.

A veteran from Pennsylvania recently called the National Hunger Hotline, after scouring the phone book for the local county office for the Supplemental Nutrition Assistance Program (SNAP, formerly known as food stamps).  After realizing that the number is no longer listed, he employed the assistance of the Hotline.

The veteran had been discharged from the military several decades ago but found that his pension was not allowing him to pay his bills and eat regularly. He wanted to sign up for SNAP. The advocate informed him that this process would take anywhere between 30 to 60 days. And he did not qualify for emergency SNAP because he had more than 150 dollars in his bank account, even though that money was allocated for other bills.

The advocate was able to find local resources that would be able to assist him in the interim.The NHH advocate located several food pantries that were in walking distance as well as The Emergency Food Assistance Program (TEFAP) at a food bank. The advocate insisted that if he need more resources, to call at any time.

The National Hunger Hotline 1-866-3 HUNGRY and 1-877-8 HAMBRE (1-866-348-6479 and 1-877-842-6273) refers people in need of emergency food assistance to food pantries, government programs, and model grassroots organizations that work to improve access to healthy, nutritious food, and build self-reliance.  Help is available on Monday through Friday from 9am-6pm EST.  Hablamos español. The Hotline is funded in part by the USDA Food and Nutrition Service.

This article originally appeared in our monthly e-newsletter, the Clearinghouse Connection, which facilitates the exchange of information, resources and ideas among emergency food providers. To subscribe, email NHC.

Tag: Youth and the Food System 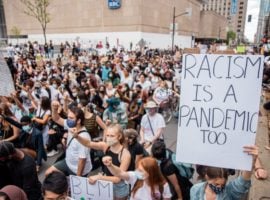