New York (October 11, 2019) – WhyHunger — a leader in the movement to end hunger and advance the human right to nutritious food in the U.S. and around the world—honored U.S. Congressman Jerrold “Jerry” Nadler (D-NY) with the Harry Chapin Humanitarian Award at the Hope to End Hunger Cocktail Party last night at City Vineyard in New York City. WhyHunger Executive Director Noreen Springstead presented Rep. Jerrold Nadler with the award for his commitment to social justice and creating real change in combatting hunger worldwide.

“Making changes to our current systems is politically possible. I’m proud to be on the front lines for the fight for social justice and thrilled to be involved with an organization that remains equally as dedicated. Thank you to WhyHunger for this honor, and I am humbled to be the recipient of the Harry Chapin Humanitarian Award,” said Rep. Jerrold Nadler.

Rep. Jerrold Nadler has consistently been a strong voice against hunger and poverty, and his work reflects his fight for civil rights, the environment, and the arts, and ultimately a promise of equality for all. Nadler has served on Why Hunger’s Advisory Board and has supported WhyHunger for over 25 years.

“Effective change comes from true leaders such as Rep. Jerrold Nadler. We are thrilled to honor him for his continuous dedication and work to galvanize systemic change and strike at the root cause of hunger,” said Noreen Springstead, executive director, WhyHunger. 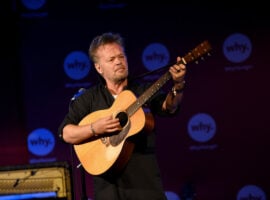