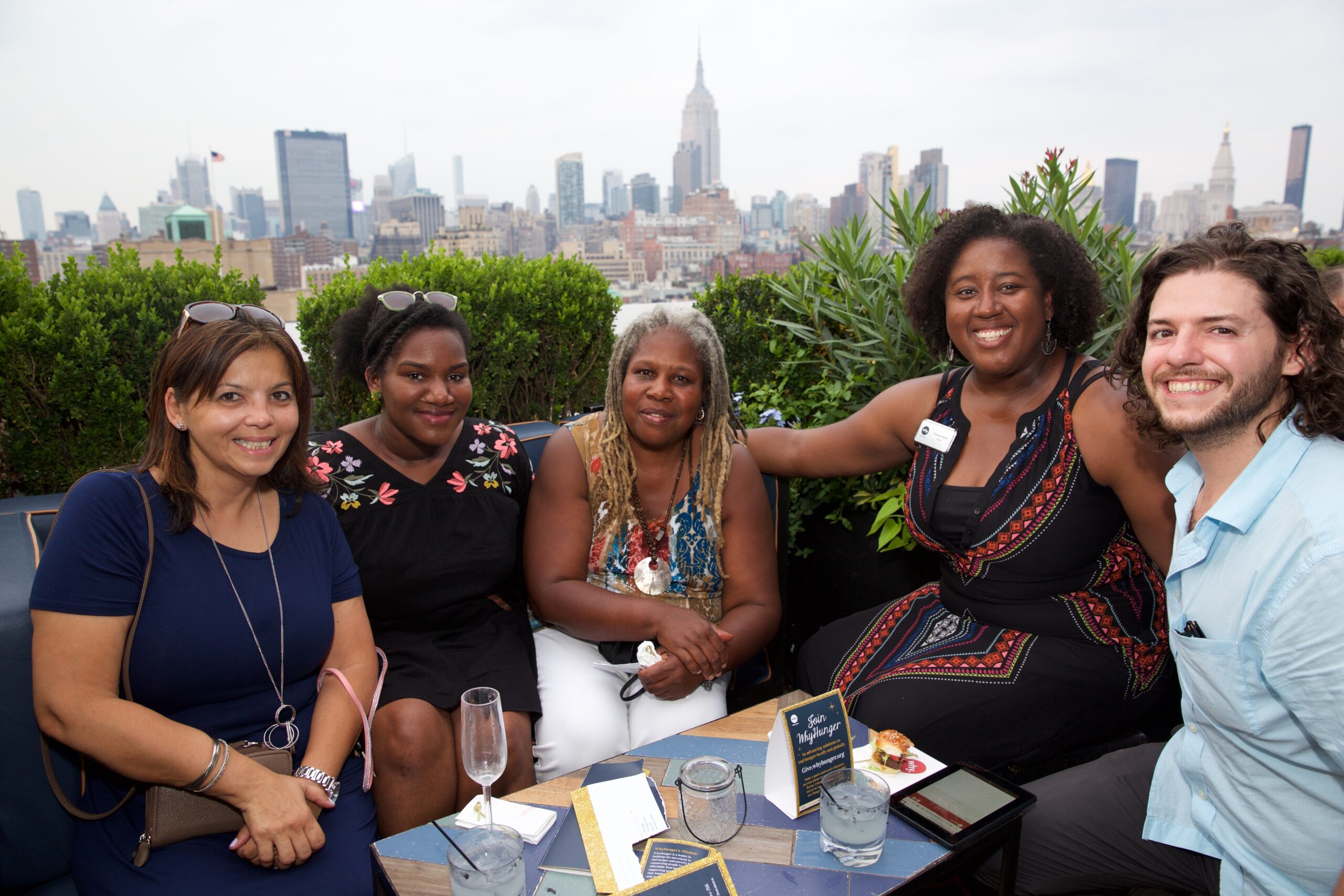 On Monday, June 18 over 300 guests gathered at the Hope to End Hunger event at PHD at Dream Downtown in New York City. The evening was centered on celebrating WhyHunger’s work and honoring ONEHOPE, a wine company dedicated to producing quality products to create social impact, including campaigns that work to end hunger and help children around the world.

WhyHunger’s Executive Director Noreen Springstead began the evening by welcoming supporters, partners, Board members and thanking our staff and sponsors, including – Proximo, Collection XIIX, Nanette and Eugene Johns, Christina Reik, Donna and Mark Rosen, Heidi and Bob Wolk, Caren and Ed Berlin, Gold N Fish Marketing, Gural Family Partners, Power Consulting Group, Seth Saltzman and Debbie Simet. She said that coming together to end hunger was proof that “our common humanity binds us” and that WhyHunger’s work runs on two tracks: nourishing communities today and working to dismantle the larger barriers that keep people from accessing nutritious and reliable sustenance in our world of excess food.

Springstead presented the Chapin Award, named in honor of WhyHunger Co-Founder, artist and activist Harry Chapin, to ONEHOPE Co-Founder and Chief Brand Officer Brandon Hall. In accepting the award on behalf of his organization, Hall said that at ONEHOPE’s core, they “are a brand that makes giving part of the business 365 days a year.”

Springstead urged guests to reconsider their approach to thinking about hunger, “we need to abandon the idea that feeding is going to solve the problem and get to the root causes to move forward.”

Guests were invited to learn about and support WhyHunger’s work around specific initiatives, like the Hunger Hotline and Find Food Database which connects people to nutritious food in their neighborhoods and a new Rapid Response Fund that provides direct support to WhyHunger’s grassroots  partners in times immediate need.

Check out our Facebook album to see pictures from the night and visit charitybuzz.com before June 28th to bid on one-of-a-kind auction items and experiences.

WhyHunger continues to value the relationships our organization has built with our community-based partners, social good companies like ONEHOPE and the many supporters who came out last night to celebrate, build together and raise funds to help end hunger.