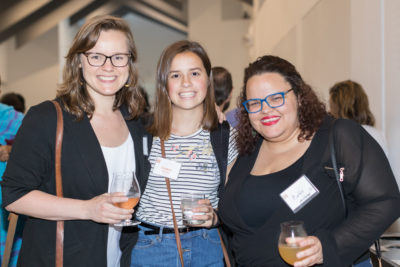 Through just a simple image or a few words, art has the power to change minds and create deeper understanding. The Book “When We Fight, We Win” features art from the most prominent social movements of the 21st century, including CIW’s Campaign For Fair Food and the Climate Justice Movement. In the words of author Greg Jobin-Leeds, “Storytelling is a connective tissue of social movements used to teach each other how to fight.” The art seen in this book does exactly that- tells stories of heartbreak, tragedy, and loss, but also those of hope, justice, and victory. We, as a nation of activists, are learning to resist as a united force through marches, writing, speaking, and art. From vivid posters protesting white supremacy in the justice system to detailed flow-charts exposing the world’s response to climate change, from the stories of undocumented queer people to images of teachers on strike, “When We Fight, We Win” continues to spread awareness of the issues that affect American people — the workers, the teachers, the youth, Indigenous communities, and People of Color, among others. Activists are fighting for collective rights that have the power to change lives: economic justice, the right to marry, free speech, safe living conditions, and the right to food. In a society where hope sometimes seems absent, “When We Fight, We Win” reflects on everything our nation has been able to achieve since the century began. Social movements have helped the nation recognize the destruction of our environment, and have organized nationwide campaigns such as the People’s Climate March. “When We Fight, We Win” celebrates these victories and more while also addressing the many obstacles we still face in the struggle for justice.

As a young woman in the 21st century, I am exposed to these movements every day. Whether on t-shirts, signs, chants, or hashtags, I have witnessed activism become an increasingly important part of my generation’s culture. By organizing and participating in the national school walkout for gun safety, my peers and I exercised our rights of free speech and peaceful protest to protect our own safety. By posting signs throughout Giles County, Virginia, and protesting the destruction of our beautiful environment and my hometown, we are raising awareness of the dangerous Mountain Valley Pipeline being constructed in our area. The impact that youth movements have had in this country (the media coverage of our youth-led work locally, for instance) proved to us that age does not dictate our ability to stand for change.

WhyHunger works closely with allies around the world and in the U.S. who are fueling, leading and participating in social movements. From some of the largest social movements in the world such as La Via Campesina and the World March of Women to emerging alliances like Closing the Hunger Gap and the Climate Justice Alliance, WhyHunger believes that grassroots organizing and collective action are the seeds of social movements.  WhyHunger aims to collaborate with these movements, support their struggles, amplify their voices, and consequently achieve food justice for all in a sustainable way. “When We Fight, We Win” shares hope for a more just, safe, and compassionate future by celebrating our past as a nation with a voice too loud to be silenced.

Click here for more and to RSVP to the opening event!

Grace McGehee is a Sophomore at Blacksburg High School in Blacksburg, Virginia. She is currently an intern at WhyHunger in New York City. Grace continues to be an enthusiastic participant and supporter of multiple social movements, both locally and nationally.