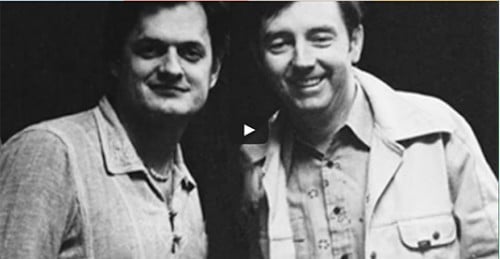 As 2015 kicks into gear, we are celebrating WhyHunger’s 40th anniversary with a new website that takes you back to our roots, explores our history and impact and looks forward to the future. Nourishing Tomorrow celebrates forty years of change and builds a legacy for the future of WhyHunger.

In 1981, after the passing of its dear friend and co-founder, folk musician Harry Chapin, WhyHunger’s future was unclear. But co-founder Bill Ayres, with the support of the Chapin family, doubled down on the fundamental principles of WhyHunger: addressing the root causes of hunger, investing in long-term solutions and supporting grassroots organizations and leaders. With a clear mission and a lifetime of dedication, he rallied support from the music community, led by Bruce Springsteen, and donors from across the country to secure WhyHunger’s future.

Today, WhyHunger is launching the Nourishing Tomorrow legacy campaign to raise the  resources needed to leverage its track record of success and replicate it on a scale that has increased impact and results in systems change on the national and international level. Over the next 40 years, WhyHunger will support and accompany resilient, powerful and unified networks of grassroots leaders and community-based organizations that are building the movement to end hunger and poverty. Together, we will transform the current food system into one that nourishes whole communities and ensures the rights of all people to food, land, water and sustainable livelihoods.

Visit  Nourishing Tomorrow to learn more about the campaign and watch our newly released video.

Join the conversation by using the hashtag #whylegacy on Facebook and Twitter or pledge your support at Nourishing Tomorrow.