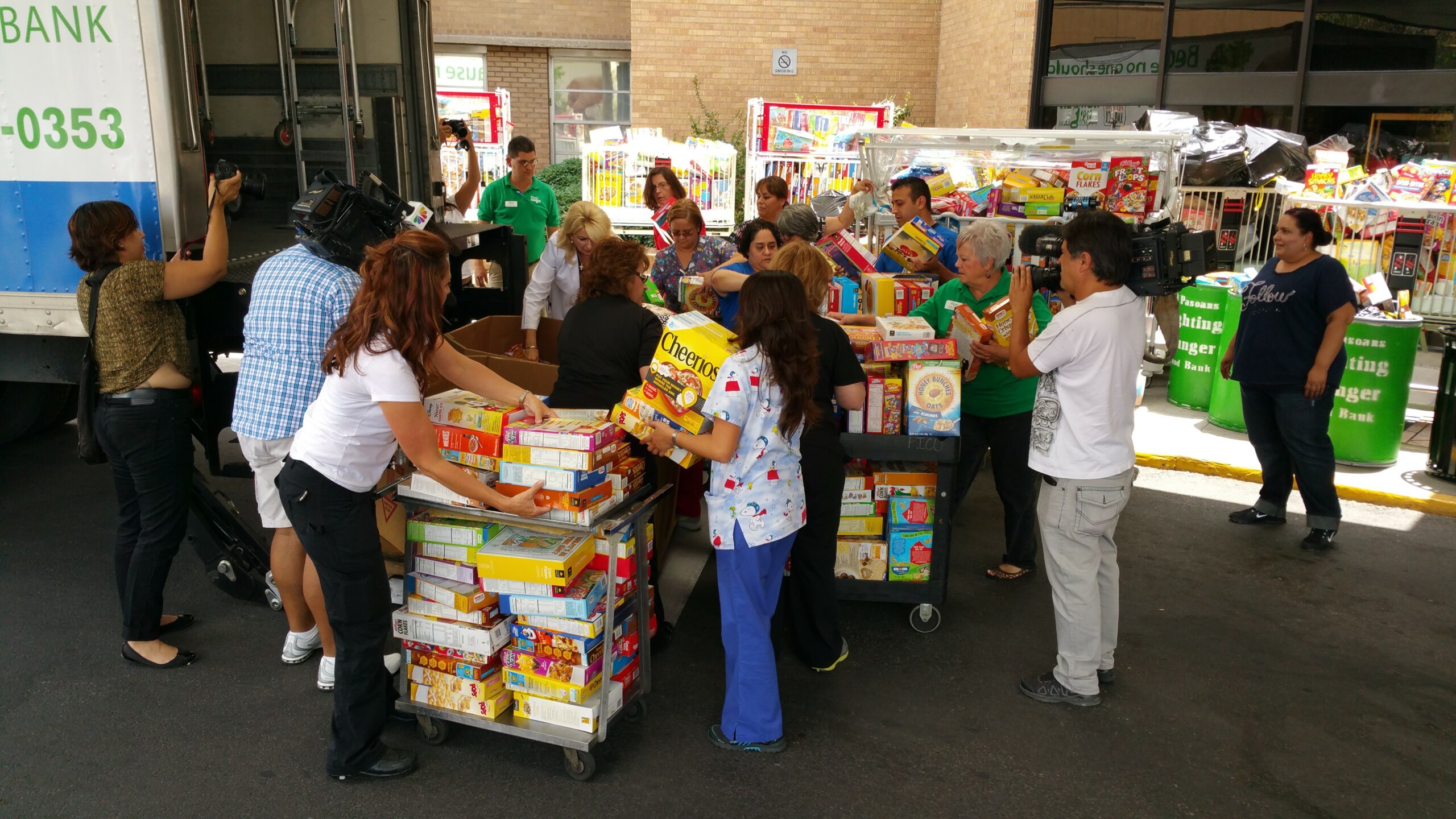 El Paso is geographically isolated in Far West Texas, but the community is tightly knit. Together with Ciudad Juárez across the US-Mexico border and Las Cruces in New Mexico, the region forms the largest bilingual and bicultural workforce in the Western Hemisphere. Like other border communities, El Paso residents have a strong identity of Hispanic, Mexican, and Anglo heritage. Many people travel back and forth across the border regularly to visit friends and family, to work, to attend school, and to shop. El Paso is home to Fort Bliss and has a sizeable veteran population.

The El Pasoans Fighting Hunger Food Bank, established six years ago out of a desire to “have a Food Bank run by El Pasoans and for El Pasoans,” serves El Paso, Culberson, and Hudspeth counties. Culberson and Hudspeth are largely rural, comprising of farming communities that grow cotton, onions, pecans, and alfalfa. Ruben Hidalgo, Agency Relations Manager at the Food Bank, explains that these Chihuahuan Desert communities often live far from a grocery store, in a “food desert,” and that the pantry bags are “a big help for them.”

The Food Bank partners with schools to operate school pantry programs and credits much of their success to philanthropic partnerships. Funds from Hunger Is, a joint charitable program of the Albertsons Companies Foundation and the Entertainment Industry Foundation (EIF), are used to purchase nutritious cereals and breakfast items, some of the costlier items to procure, helping to ensure local families had access to a healthy breakfast. These pantries efficiently distribute breakfast foods to 200 students monthly, representing nearly 42,000 meals for children in 2015. With the funding support, they are able to distribute packages that include pancake mix, granola, fruit cups, healthy cereals, peanut butter, oats, and grab and go options like granola bars. Families can prepare breakfast at home when time permits and are supplied with breakfast bars and other snacks for “for days when they’re running late.”

One in four children in El Paso are food insecure. The majority of families served by the Food Bank—65%—are working, but they have minimum wage jobs and “can use all the help they can get in the form of food assistance.” Many children are raised in nontraditional, multigenerational families, by grandparents, aunts, uncles, cousins, or siblings. Texas is second in the nation for children who live apart from their parents in informal “kinship care” arrangements. Unfortunately, for the 90% of kinship care arrangements that don’t involve the state, these children and their caregivers may not qualify or face barriers to receiving the financial and psychosocial supports they need.

The Food Bank partners with Communities In Schools (CIS), an education nonprofit that “surrounds students with a community of support” so that they can successfully graduate. CIS works with guidance counselors at each school to identify at risk youth and to encourage educational attainment by providing the resources needed, including food. Ana Guzman Gonzalez, a CIS Program Coordinator at Mountain View High School, described “students who were asking cafeteria staff and teachers for leftover food to take home to their families” prior to the partnership.

Mark Hohnstreiter, Director of Development at the Food Bank, attributes the success of the school pantry program to their funders and media campaigns, including generous support from Hunger Is. They enjoyed “considerable local publicity [during] a check presentation with Nancy Keane, Albertsons Director of Community and Public Affairs,” including mentions on four local television stations and three local radio stations helping to raise the profile of the organization and awareness of their work.

The Food Bank tries to avoid stigmatization in its school food pantry programs. The children’s packages are made up after school and distributed after school and have enough supplies for other members of the household. The Food Bank also helps families apply for income supports like SNAP, Medicaid, and TANF benefits.

Legal border crossings are down due to fear and inconvenience and retail spending is taking a hit with the current Administration’s rhetoric about the border, adding additional challenges for the families in the region. Hohnstreiter is optimistic and believes that the community is “stable” despite the current controversy.

Hidalgo explains that roughly one-third of the families served are migrant families without a permanent residence, and without a means to get food assistance through the government or school programs. But, he says, there “should be no label when it comes to food. Anyone in need, who needs food…there shouldn’t be restrictions when it comes to that.”

Hunger Is, a joint charitable program of the Albertsons Companies Foundation and the Entertainment Industry Foundation (EIF), builds awareness and raises funds to end childhood hunger. The El Pasoans Fighting Hunger Food Bank received a grant to fund efforts in Texas. This is the seventh in a WhyHunger series of profiles of grant recipients.