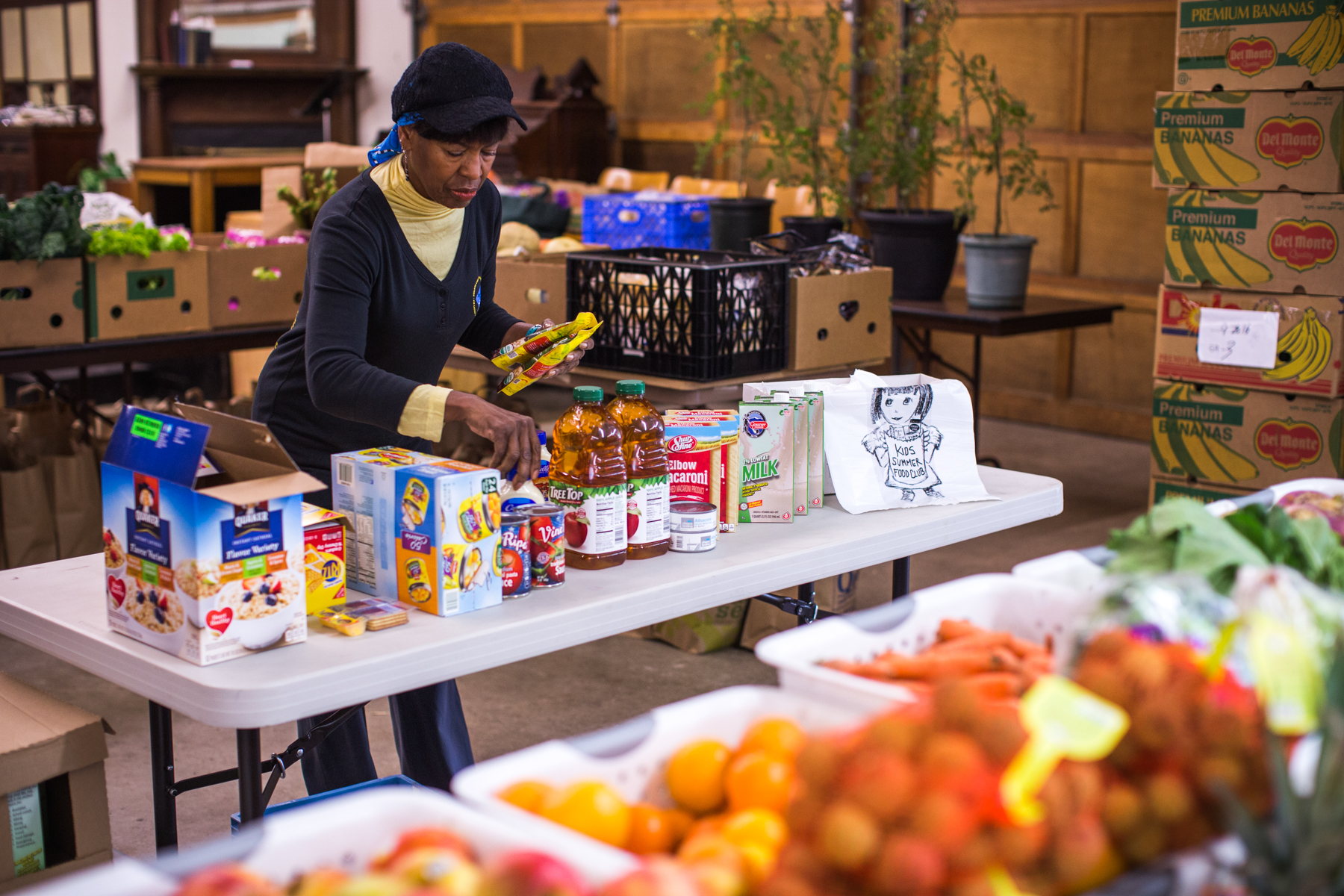 Washington State is a land of plenty. The Pacific Northwest offers some of the richest farmland and marine resources in the country, and the greater Seattle area is in the midst of yet another prolific tech boom. But inequities exist everywhere, and in some cases they are only worsening as the cost of living far outpaces low- and middle-income wage growth.

Northwest Harvest began in 1967 with the goal of ending hunger in Washington and is the only food bank distributor operating statewide. Their network provides over 2 million nutritious meals per month via 375 food banks, meal programs and high-need schools. From Olympic Peninsula coastal towns to downtown Seattle to tiny rural communities, the food bank requires that every partner agency provide Northwest Harvest food freely to “anyone hungry enough to ask.”

However, like many progressive food banks across the country, Northwest Harvest is looking beyond food distribution, seeking ways to address root causes of hunger. The organization actively lobbies legislation at the state and federal level to address root causes of hunger such as limited housing, access to health care, a regressive tax system and wage stagnation. In 2014, through a partnership with WhyHunger, Northwest Harvest collaborated with Hunger Is, a joint charitable program of the Albertsons Companies Foundation and the Entertainment Industry Foundation (EIF), to focus on innovative solutions to childhood hunger in Washington, specifically nutritious breakfast initiatives.

The Hunger Is funding allowed Northwest Harvest to highlight nutritious breakfast foods in two existing youth programs including the Three Squares backpack program, which coordinates with 46 schools to fill the hunger gap of school-year weekends, and the Kids Summer Food Club, a supplemental program in 19 food banks for children whose families lack access to a summer nutrition site. The support from Hunger Is funded all 12,000 breakfast foods distributed during the last two years and helped increase the number of kids served in the 2016-2017 school year. With the support, the Three Squares program grew to serve 3,647 kids and the Kids Summer Food Club grew to serve 7,340 youth.

“We’re really focused on investing in child nutrition programs,” says Jenn Tennent, Northwest Harvest’s Director of the Hunger Response Network. “It’s a chance to give Washington state children a fresh start. We can serve kids in our Summer Kids Food Program in areas without summer meal programs then they can go to school and receive backpack programs. So we focus on child nutrition because we can build in a continuity of care for these individuals. It’s all part of our overall mission of prioritizing the dignity and respect of anyone who seeks our food.”

WhyHunger recently visited Northwest Harvest to see their programs in action and learn more about the impact they are having on childhood hunger in Washington. Watch the video to learn more:

Hunger Is, a joint charitable program of the Albertsons Companies Foundation and the Entertainment Industry Foundation (EIF), builds awareness and raises funds to end childhood hunger. Northwest Harvest received a grant to fund efforts in Washington. This is the sixth in a WhyHunger series of profiles of grant recipients and their impact.