Reposted with permission. This was originally featured in the Institute for Agriculture and Trade Policy’s Think Forward blog. It’s a petition drive to spread the word and put pressure on the USDA and HHS to accept “sustainability” as a criteria in the next U.S. Dietary Guidelines. If you agree, join WhyHunger in signing it! 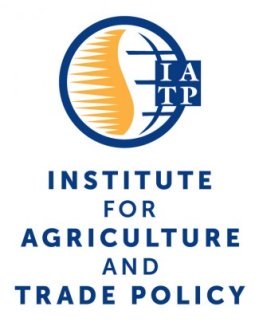 Americans are much more vocal today than we have ever been about the kind of food we eat, where it comes from and what it does to our bodies and our planet. And though powerful agriculture and food corporations are able to stifle laws and regulations that hold them accountable to our interests, these changing American attitudes are forcing a shift in the way Big Food Retail operates. McDonald’s recent announcement to stop using antibiotics used to treat humans is one clear example.

Now, we are set to have a big fight with the powerful meat industry on our diets. National Dietary Guidelines not only inform food choices in government funded schemes such as the $16 billion school lunch program for a five year period, but also inform national policy on nutrition. Earlier this year, for the first time, a government scientific advisory panel on the National Dietary Guidelines recommended that environmental impacts of our food choices should also be considered in our diets in order to sustain future food security and nutrition—hence the idea of sustainability along with nutrition. Tell the Obama Administration that the Guidelines must take into account our health and the health of our environment. This is particularly important now because profit-driven corporate interests such as Tyson Foods and Cargill are spending enormous political and economic clout to stop the adoption of the recent scientific recommendations that include sustainability in our dietary guidelines. The meat industry is unsurprisingly alarmed about this because animal factory farms, in addition to mistreating animals, are one of the largest sources of planet-warming nitrous oxides, air and water pollution and soil contamination. In contrast, pasture-raised, organic and other agroecological methods of farming are not only humane, but also benefit our health and the environment. Let Secretary Tom Vilsack (U.S. Department of Agriculture) and Secretary Silvia Burwell (Department of Health and Human Services) know that you feel strongly about eating healthy and want to ensure that our soils and water are healthy for feeding future generations. Sign this petition today and ask your friends and family to do it too.

The powerful meat industry has already succeeded in getting the government to extend the comment period for the guidelines to May 8th. They will use this time to try to discredit the Scientific Advisory Panel’s recommendations. But the extension is also an opportunity for our voices to be heard. Let’s take back the power to choose how our tax dollars are used and let our government know that we care about our food and how it is grown!

Sign the Petition to Support Sustainability in our Dietary Guidelines here.