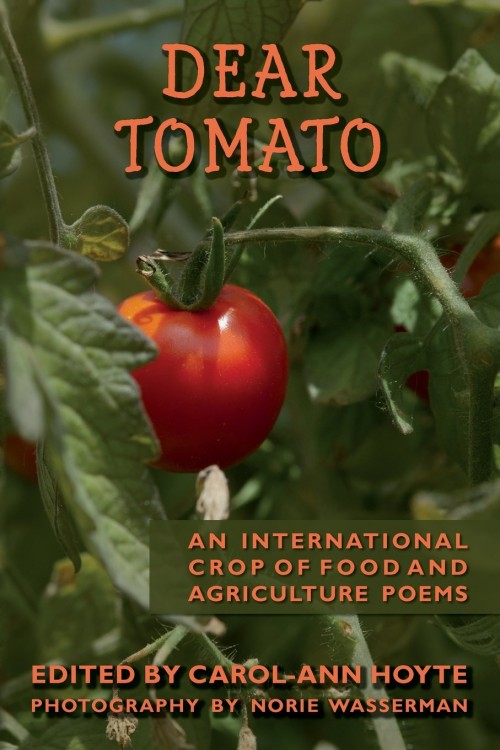 To recognize National Poetry Month we’ve compiled a few poems that staff enjoy, including one written by Co-founder Bill Ayres, that convey powerful imagery, highlight issues within the food system and celebrate food!

THE FAMILY FARM By Bill Ayers

I remember the picture in my first grade book, The red barn, the silo, the farmyard animals, The cows in the field, the picturesque farmhouse, All run by a hard working farm family Heroic, patriotic, feeding the country, feeding the world It was a picture of America the beautiful The bread basket of the world

There were no factory farms, no massive lagoons of manure That pollute America’s rivers and streams There were no confined animal feeding operations (CAFOs) Where thousands of cows or hogs or chickens live their whole lives They never see the light of day, never run free Have no relationship with parents or siblings They eat and sleep, defecate and urinate and then they are slaughtered ALONE-IN A MASSIVE CROWD Their food contains increasing amounts of antibiotics To keep them healthy Their urine and feces are collected out back Then delivered, one way or the other, back into the earth Much of it seeps down into shallow wells Or washes away to the nearest brook or stream That feeds it to the rivers and finally out into the bays And gulfs and oceans

It is said that the best farming and the best care of the land Is when the shadow of the farmer can be seen on the land There are indeed countless shadows on factory farms But not of a real farmer There are shadows of endless rows of concrete bunker like buildings That house thousands of screeching, bleating animals There are shadows of skyscraper buildings in big cities That house the corporations that own and run the factor farms They cast an increasingly ominous shadow of power and CONTROL OUR FOOD SYSTEM There is also the shadow of the hand of the government Which pours out countless billions of dollars of our taxpayer money To make sure the corporate farmers make a fat profit

The true family farms are still alive but few are well Many are selling their land to developers or to corporations Or they are becoming the SHARECROPPERS OF THE 21st CENTURY Planting crops, raising animals that they do not really own Contracting them to their buyer-on his terms Not receiving a competitive price for their products With little or no help from the government Out of sight from public scrutiny WITHOUT JUSTICE

From Dear Tomato: An International Crop of Food and Agricultural Poems

This line is taking forever. When will it be our turn? Cart after cart filled with rice, beans, bread, peanut butter, canned fruit, cereal rolls out of the darkened warehouse. Moms, kids, old people shuffle forward to claim their bounty.

Finally, it is our turn. I grab the next cart and roll it straight to the parking lot. Mom has to steer around the cars. I’m so happy we have food. Maybe it will last until Dad hears back from the factory.

Love the quick profit, the annual raise, vacation with pay. Want more of everything ready-made. Be afraid to know your neighbors and to die. And you will have a window in your head. Not even your future will be a mystery any more. Your mind will be punched in a card and shut away in a little drawer. When they want you to buy something they will call you. When they want you to die for profit they will let you know. So, friends, every day do something that won’t compute. Love the Lord. Love the world. Work for nothing. Take all that you have and be poor. Love someone who does not deserve it. Denounce the government and embrace the flag. Hope to live in that free republic for which it stands. Give your approval to all you cannot understand. Praise ignorance, for what man has not encountered he has not destroyed. Ask the questions that have no answers. Invest in the millennium. Plant sequoias. Say that your main crop is the forest that you did not plant, that you will not live to harvest. Say that the leaves are harvested when they have rotted into the mold. Call that profit. Prophesy such returns. Put your faith in the two inches of humus that will build under the trees every thousand years. Listen to carrion — put your ear close, and hear the faint chattering of the songs that are to come. Expect the end of the world. Laugh. Laughter is immeasurable. Be joyful though you have considered all the facts. So long as women do not go cheap for power, please women more than men. Ask yourself: Will this satisfy a woman satisfied to bear a child? Will this disturb the sleep of a woman near to giving birth? Go with your love to the fields. Lie easy in the shade. Rest your head in her lap. Swear allegiance to what is nighest your thoughts. As soon as the generals and the politicos can predict the motions of your mind, lose it. Leave it as a sign to mark the false trail, the way you didn’t go. Be like the fox who makes more tracks than necessary, some in the wrong direction. Practice resurrection.

Do you have a favorite or inspiring poem to share?