As part of our donor series to show appreciation to some our valued supporters, today we meet Gail Weisgrau and Gregory DeRespino. Join us in celebrating them and the good they do by contributing to their communities and the work of WhyHunger. 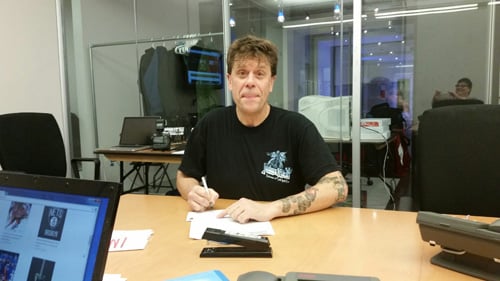 Greg, tell us a little about yourself.

There are those who say I am “younger than my years,” in mind and body. I’ve been characterized as well-spoken, adventurous, witty, conversational, opinionated, sometimes controversial, chivalrous, spontaneous and ALWAYS FUN! I am a passionate contributor, eager volunteer & pro-bono advocate in support of many causes and charitable endeavors annually. Some, like WhyHunger [since 1993] and Theatre Within [since 2006], as often as they ask and my disposable income allows!

I am a career theatrical professional, as well as a part-time FM Radio Disc Jockey/Program Host, occasional MC and Public Address Announcer.  In my main craft, I have been a Properties Master on many Broadway shows and have toured throughout the US, Europe and Asia in support of a variety of talented individuals and companies.  Currently, I am a member of some local, Union crew[s] providing technical support in lighting, staging and audio for touring entertainment events at various venues in the NYC area.

Well, I first “met” co-founder Harry Chapin through his recorded music that my mother and uncle played when I was about 12 or 13.  By the time I was 17, I went to his concert in the gymnasium of my local college and it was a magical experience. Those few hours have had far-reaching effects on my life and work than I could ever have imagined “down the road!”

In the lobby after the show, Harry chatted with and signed autographs for everyone who asked and for the first time in my life, I experienced selflessness in a famous person on a mission to change the world! Not only was he accessible, but he stayed after for almost as long as the concert itself.  This impressed me more so for the energy and exuberance it took than the actual message, which did not fully sink in for me until many years later. A message that I would later make my mantra and commit to in the volunteerism I would begin for WhyHunger some 14 years later.

Now, more than 24 years later, I am as committed (if not more so) to the goals and ideals he spoke of back then, a voice which, although physically silenced by an untimely death, is alive and well via through WhyHunger with its growing leadership and supporters. I appreciate the commitment of the people who are involved with the organization, the vision of a future where hunger is defeated forever and the inclusiveness and possibility that one person can and will make a difference. One idea, one family, one “circle” and “one light in a dark valley” will bring Harry’s dream to reality! 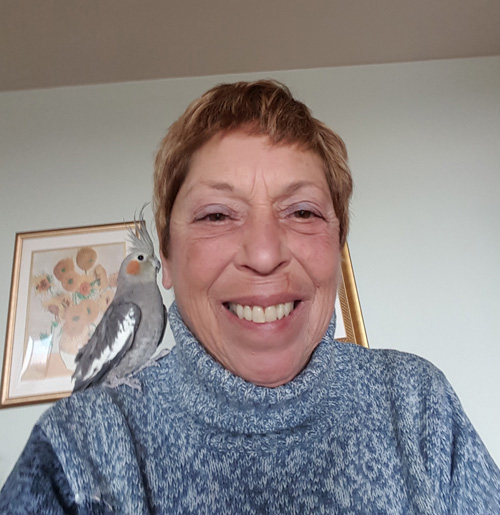 Gail, tell us a little about yourself.

I am person who loves animals – sometimes I love animals more than I love people – but I love people too. I am also now semi-retired which I love … it’s taken me 50 years to get here – but now that I’m here I can’t think of anything better, because while I love working, I love also having my free time.

I am still a billing specialist at a consulting firm. That makes it great for me because I can work from home – which I can do very easily.

I first learned about WhyHunger about 15 years ago, I believe on radio station WCBS Newsradio 880. I went on the internet to look you up and saw you were looking for volunteers for Hungerthon. Since one of the things I love to do is talk to people, it seemed like a great opportunity to do that while helping out a great organization at the same time. I have now been volunteering for Hungerthon for 15 years – and hope to do it for another 15!
What excites me about your work is that you are helping so many people to get the food they need and the tools they need to learn how to cultivate the food themselves.