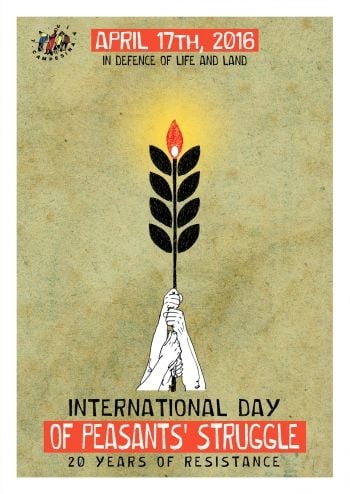 “Land is life,” say peasant farmers. Of course, food and water come from the land, but for the billions of peasants who survive from the land, this is not just an abstract statement. Losing their land – often evicted and displaced violently by police or paramilitary gangs to make way for large-scale, industrial agriculture and extractive development projects – means poverty, hunger, and desperation.

So, it is not a surprise that these same peasants often put their own lives on the line to reclaim land for their families.

This past week, two members of the Brazilian Landless Workers’ Movement (MST) were killed in what the MST calls an “ambush” by the state police and private security hired by a logging company. Vilmar Bordim (44, married with three children) and Leomar Bhorbak (25, whose wife is nine-months pregnant) were both residents of the MST encampment in the state of Parana, where 1,500 families live on public land desired by the logging company Araupel.

Vilmar and Leomar gave up their lives so that their families could have some land, because land is life.

The MST organizes landless peasant families to nonviolently occupy unused land in accordance with the Brazilian government’s constitutional obligation to ensure agrarian reform for the people. The MST has successfully put over 250,000 families back on the land to produce healthy foods and live in peace.

April 17th is celebrated as the International Day of Peasants’ Struggles by the international peasant movement La Via Campesina, which the MST helped to found in the 1990s. It was originally designated to mark the Massacre of Eldorado dos Carajás, on April 17, 1996, when 19 members of the MST were killed during a nonviolent occupation. This year is the 20th anniversary of that date, and still the struggle continues and peasants sacrifice their lives.

April 17th is not meant to be a sad day, however. It is a day to honor sacrifice, but it is also a day to celebrate victory.

Recently, thousands of families in the community of Paanama in Sri Lanka were able to reclaim their land after 6 years of constant struggle amidst threats and intimidation. Their struggle began in 2010 when armed men shot at members of the community, chased them away, and burned their homes. Then, the military moved in and the government claimed it as their land, intending to build tourist resorts on beachfront land.

The Sri Lankan government has repeatedly told the people that large-scale, corporate-led tourism is the only way to develop the economy and create jobs for the country. The government continues to support this policy, and land conflicts have flared up all over the country as land and beachfront are taken from the people for tourist development.

But the people in Paanama remained steadfast in their fight to reclaim their land, even though they were living in camps and threatened by violence.

They petitioned their local government for their land back, but when those politicians did nothing, they shocked the country and voted them out of office. Then, the peasants took their fight to the national level and to the courts, voting out the old President, Rajapaksa, and pressuring the new President, Sirisena, to return the land to the people. But even after the new President promised that the land would be returned, the people were blocked at every attempt to access their homes. They joined national movements for food sovereignty like the National Fisheries Solidarity Movement (NAFSO) and the Movement for National Land and Agrarian Reform (MONLAR), and they peacefully occupied their lands and continually asserted their rights to their homes.

Finally, in late March of this year, the courts ruled that the people should have full access to their lands.

An organizer with NAFSO told me that through their 6 year struggle, the people of Paanama have been transformed. They think for themselves and trust their own democratic choices. They reject the government and its policies that support corporate-led tourism at the cost of the people, and they say that they can do better for themselves farming and fishing on their land and water, using agroecology and traditional ways to produce food. And they say that even if tourism is really the best way to develop the country, then they can do it themselves; they don’t need land grabbing to bring in tourists.

Throughout this weekend and the week of April 17th, WhyHunger stands with La Via Campesina and countless other organizations to recognize the struggle of small-scale food producers to create a better world. We encourage others to get involved by visiting the websites of Via Campesina and the US Food Sovereignty Alliance to learn more. 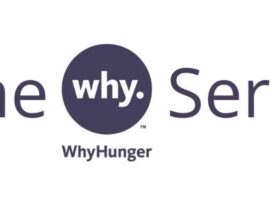