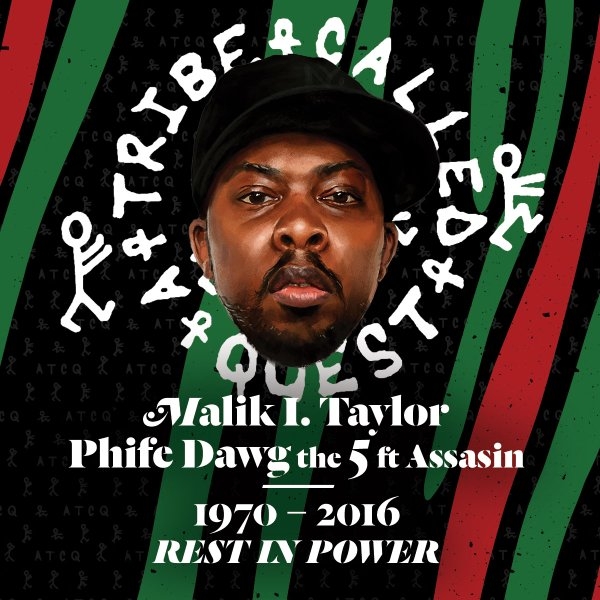 On Thursday, March 24, Malik “Phife Dawg” Taylor of the influential hip-hop group A Tribe Called Quest, passed away after a decades-long struggle with diabetes.

A Tribe Called Quest (or just “Tribe”) broke new ground in hip-hop in the early 1990s with clever, fun, Afrocentric lyrics and a conscious love for culture and community, layered over jazz beats. One of Tribe’s remarkable achievements is expressing the positivity and wisdom of our cultural traditions and our ancestral knowledge without sugarcoating what is often a harsh and difficult reality. And though WhyHunger has never had a formal connection to A Tribe Called Quest, their music in many ways reflects our organization’s values of making a better world and lifting up the voices and the realities of everyday people.

And though Phife was often the sidekick to Q-Tip, the group’s more famous frontman (their third member, Ali Shaheed Muhammad, was the DJ), he was the one whose blunt and honest lyrics grounded the group in real life and everyday struggles.

In fact, I first learned about the problems in our food system from their songs “Ham n’ Eggs,” when Phife celebrates African and Caribbean food culture and raps about healthy eating, and “Award Tour,” when Phife puts his diabetes front and center in his rhymes, immediately removing any stigma: “Mr. Energetic, who me sound pathetic?/when’s the last time you heard a funky diabetic?” 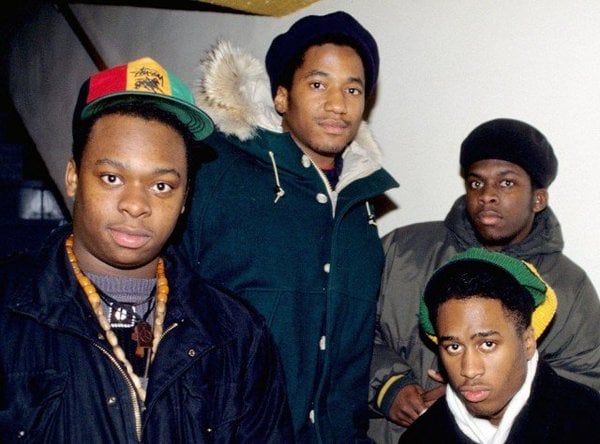 Yet, while there have been many articles expressing gratitude and offering memories of Phife and his contributions, there have not been many that really address diabetes, the cause of Phife’s death. Diabetes is a major health crisis: it affects one third of the population and is the seventh leading cause of death. But it is also a major political crisis because it means that our national food policies are failing so many: Phife struggled to manage his diabetes and was literally killed by junk food. As both a long-time A Tribe Called Quest fan and a food justice activist, I wanted to write a piece to talk about this health crisis and offer my own kind of tribute to Phife.

Phife will be one of an estimated 240,000 deaths due, at least in part, to diabetes in the United States this year. 30 million people have diabetes, 90 million Americans have pre-diabetes, and one million more people are diagnosed with diabetes every year. Diabetes disproportionately affects people of color and low-income communities: Black, Latino, and Native American communities are about twice as likely to develop Type 2 diabetes (the kind caused by malnutrition and obesity) than are non-Hispanic whites; and low-income communities are more than twice as likely to develop Type 2 diabetes as communities with median incomes above the poverty line.

While we often think of nutrition and health in terms of personal choices and lifestyles, the diabetes crisis represents systemic malnutrition on a national scale, meaning that we need to think about systems. Our food system is structured so that healthier food is often the most expensive while the most affordable food is also the most highly-processed, unhealthy, and addictive. Moreover, healthy food often isn’t even available – there just aren’t any grocery stores or restaurants that have healthy options – in many low-income communities and communities of color.

When communities don’t have access to nutritious, affordable food, it is extremely difficult to be healthy and extremely easy to develop diseases like diabetes. Phife’s situation was actually different – he inherited the much rarer Type 1 diabetes instead of developing Type 2 diabetes – but he also inherited a city (New York City) whose food system is very much structured by racism and classism, like most of the country.

One major reason that the food system remains so structurally oppressive is that agribusiness companies and their lobbyists have heavily influenced our national food policy to ensure that they can continue to profit from their processed food products. In part, these companies get away with selling such unhealthy food because they sell it to people who are already marginalized and oppressed in US society and have little political power to fight back.

In Beats, Rhymes, and Life, a recent documentary about A Tribe Called Quest, Phife confessed that he was “addicted to sugar.” As a rapper and lyricist, Phife knows the meaning of words, so when he likens junk food to an addictive drug, we should pay attention. In fact, journalists have uncovered how the largest agri-foods companies use chemicals to manipulate our taste buds and use the latest advertising and marketing to manipulate our brains into buying their product.

And these same companies have used lots of money and extensive lobbying to make sure our federal government supports them.

“If you were to create a meal that matched where the government historically aimed its subsidies, you’d get a lecture from your doctor; more than three-quarters of your plate would be taken up by a massive corn fritter (80 percent of benefits go to corn, grains and soy oil). You’d have a Dixie cup of milk (dairy gets 3 percent), a hamburger the size of a half dollar (livestock: 2 percent), two peas (fruits and vegetables: 0.45 percent) and an after-dinner cigarette (tobacco: 2 percent). Oh, and a really big linen napkin (cotton: 13 percent) to dab your lips.”

With federal food priorities like this, is it any surprise that we have what some call “food apartheid,” and that whether you are nourished and healthy is determined primarily by your race, your class, and where you live?

As a rapper, Phife was known and beloved for being honest and blunt, so it is only right to be honest and blunt about the ills of our food system after his death. His death and his struggle with diabetes urges us to do something about this enormous crisis in the food system.

And, not so surprisingly, even his lyrics offer a pretty clear guide about the kinds of food a national food policy should support:

“Asparagus tips look yummy, yummy, yummy/
Candied yams inside my tummy/
A collage of good eats, some snacks or nice treats/
Apple sauce and some nice red beets/
This is what we snack on when we’re questin’/
No second guessin’.”