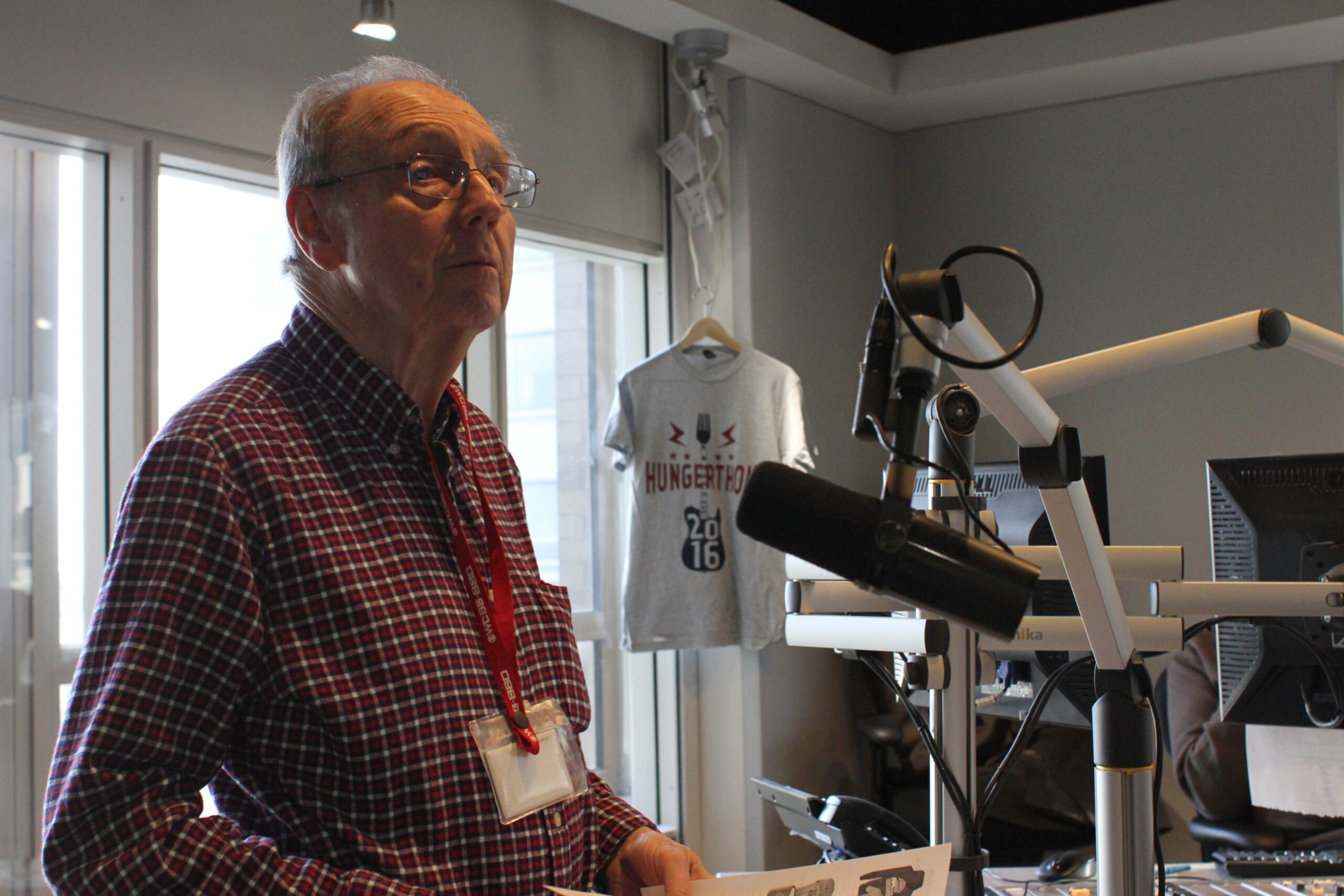 I have hosted radio shows in New York for 49 years, 44 years of them at one station, 95.5 WPLJ in New York City. I have loved every one of them, but nothing is as near and dear to my heart as a yearly radio event that I have been a part of since 1975. It is unlike any other radio initiative that I know, because it literally transforms radio to raise critical funds to help the millions of Americans who experience hunger and poverty. This important campaign is called Hungerthon, and WhyHunger and our partners kicked it off last week on social media and across the airwaves on a dozen or more stations across New York City, in San Diego and nationally through SiriusXM. Here in NYC, on Tuesday, November 21 from 6am until 9pm we will once again have a live radiothon fundraiser and broadcast on CBS Radio. Throughout Hungerthon we will co-host radio shows and concerts, offer one-of-a-kind celebrity auction items, tell stories with some of the most amazing community-based leaders and innovators, and provide opportunities for thousands of listeners to take action and donate to grassroots-led solutions to hunger. It is truly a remarkable campaign, and here is how it all started.

In September of 1973 the singer/social activist Harry Chapin came on my ABC Network Radio Show called “On This Rock”. He was a most articulate and passionate guest and after the show he invited me to his house for dinner. After dinner he said “You and I should work together.” That started an all too short friendship and partnership that co- founded WhyHunger, along with The New York Hunger Hotline, Long Island Cares and The Center for Food Action in New Jersey, but it also sparked the beginning of Hungerthon.

I had this crazy idea that we could take over a rock radio station for 24 hours and talk about hunger and poverty. Harry said “Count me in.” So Harry and I would co-host with the regular DJs on radio broadcasts for 24 hours or more on the number one Rock station in the country, WNEW-FM in New York City. This came about from the suggestion of my friend WNEW DJ Pete Fornatale who became an important presence in many Hungerthons and General Manager Mel Karmazin who later opened up opportunities on all the CBS NYC radio stations and then SiriusXM Satellite Radio to partner on Hungerthon. We had musicians, politicians and dozens of the leading hunger fighters in America on the show to wake up America to the scandal of HUNGER and POVERTY. It became so popular that we took the show on the road to rock stations across the country. We asked people to become involved in community-based organizations in their neighborhoods and to let their voices be heard to their elected representatives. Hungerthon reached millions of people. Then on July 16, 1981 tragedy struck and Harry died in a car accident.

Most people thought that WhyHunger would die along with Harry but his family, friends and a talented and dedicated staff have kept it going and growing for all these years. The organization kept growing and so did the Hungerthon. Our Hungertion is now on hundreds of stations via CBS Radio New York, Cumulus New York, iHeartRadio New York and San Diego and nationally through SiriusXM. Last year, we raised a record-breaking $1.1 million dollars through Hungerthon to directly support WhyHunger’s work.

WhyHunger is a grassroots support organization that works with thousands of the most innovative and effective community-based hunger and poverty organizations in America and around the world. We have always believed that feeding people is only the first step in eliminating hunger. WhyHunger works to eliminate the root causes of hunger and poverty at the intersections of economic injustice, racism, sexism, environmental injustice and health disparities. Over the years, Hungerthon has helped drive grassroots led solutions to hunger across the U.S. through WhyHunger’s work to build alliances and networks that harness people power and advocate for changes in the policies and practices that keep people poor and hungry in the U.S. We have used Hungerthon to amplify the voices and stories of grassroots leaders and folks who are most affected by hunger and are on the front lines of solving it.

Thanks to our many radio partners we reach millions of people with information about hunger and poverty and offer actions they can take on a local and national level. Over the years thousands of listeners have made donations and countless more have been moved to become involved with their local organizations. One of the reasons for the success of Hungerthon and why I have been so excited to be a part of all of them is that we never guilt trip people to donate. Instead, we tell the facts, we tell stories and we share examples of struggle and heroism in the face of ongoing poverty. There is a positive spirit of hope and that comes across to the audience. Hungerthon have always had the ongoing support of wonderful on-air news folks, sports and music hosts and behind the scenes executives and production people, all of whom make great radio. Many musical and other artists have generously offered their time and talent to raise funds, especially Bruce Springsteen and Tom Chapin who have helped every year. , as well as this year’s Ambassadors Tom Morello, Michael McDonald, Kenny Loggins, Jon Batiste, Southside Johnny, Mark Weiss and KWL Management’s Jojo Brim.

I experience every Hungerthon as a joyous positive event to fight hunger, which in itself can be a very negative and soul-destroying reality. It’s not an easy task but our vibrant, hopeful staff and volunteers, radio professionals and millions of listeners with open minds and generous hearts, as well as our corporate sponsors make it all possible.

People have asked me what my most memorable Hungerthon experience has been but there are too many with too many extraordinary people to pick just one. I feel that way every year after 42 years and I’m once again excited about this year’s campaign. Please join us and tune in on the radio, and if you too are moved, consider making a donation, becoming involved in fighting hunger in your community and resisting the disastrous budget cuts that have been proposed for national hunger and poverty programs. Look for us online at hungerthon.org.