New York (March 25, 2019)– WhyHunger— a leader in the movement to end hunger and advance the human right to nutritious food in the U.S. and around the world—will present singer-songwriter John Mellencamp with the ASCAP Harry Chapin Humanitarian Award during the 20th Annual WhyHunger Chapin Awards on June 5, 2019 at City Winery in New York.

“From his advocacy to his work with Farm Aid,  John has continuously been a voice for promoting sustainable farming practices aimed at supporting farmers and their communities,” said Noreen Springstead, executive director, WhyHunger. “We are thrilled to recognize John. Not only does he embody the artist activist legacy of the Chapin Awards, but his decades long work to help build a just food system aligns well with WhyHunger’s mission to ensure the right to nutritious food for all.”

Emceed by Pete Dominick, comedian and host of SiriusXM’s Stand Up with Pete Dominick, the Chapin Awards gala raises critical funds to support WhyHunger’s work to end hunger and advance the human right to nutritious food in the U.S. and around the world.

To learn more about the WhyHunger Chapin Awards gala and to purchase tickets, visit whyhunger.org/chapinawards.

About WhyHunger
Founded in 1975 by the late Harry Chapin and radio DJ Bill Ayres, WhyHunger believes a world without hunger is possible. We provide critical resources to support grassroots movements and fuel community solutions rooted in social, environmental, racial and economic justice. WhyHunger is working to end hunger and advance the human right to nutritious food in the U.S. and around the world. 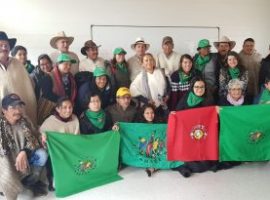