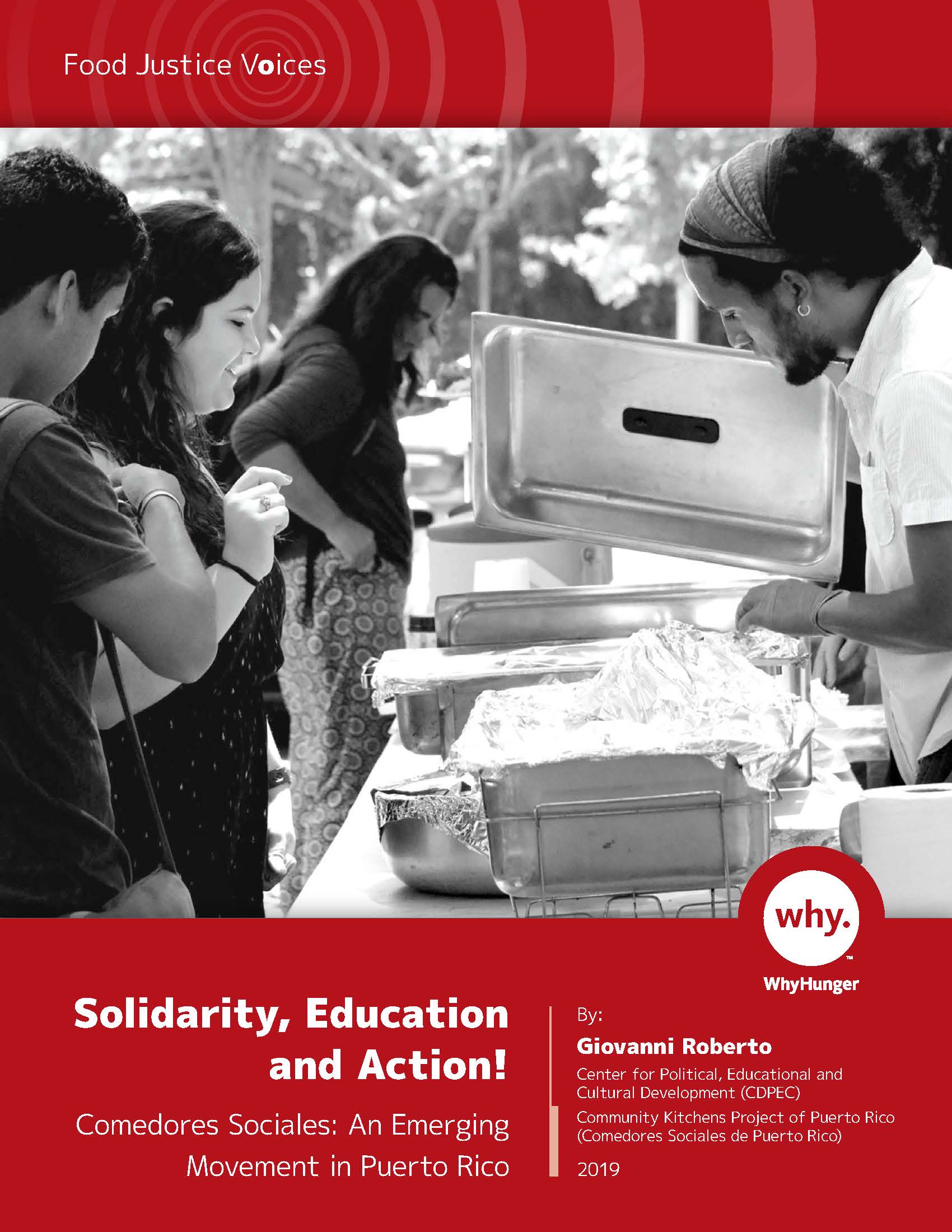 Before Hurricanes Irma and Maria struck in 2017, a large percentage of Puerto Ricans faced food insecurity on a daily basis. In fact, Puerto Ricans were 4 times more likely to be hungry than the average American. In a region with rich soil, a temperate climate and a rich agricultural history, these figures become even starker when set against the reality that more than 85% of food consumed by Puerto Ricans is produced off the archipelago.

Download the full publication in below.
English Version
Spanish Version