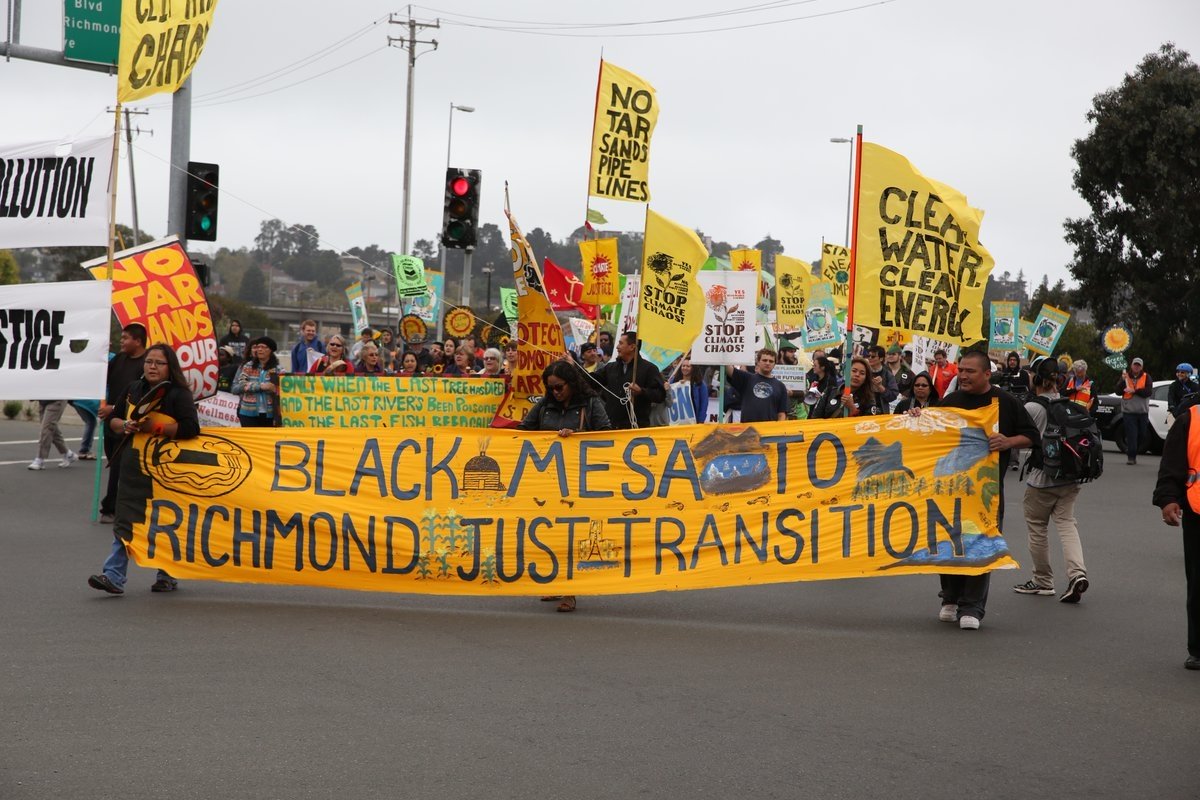 WhyHunger’s Saulo Araujo is heading to St. Louis with the US Food Sovereignty Alliance to join workers, organizers, community members and allies from 50+ organizations across the country in a national action to demand accountability from “Bid Coal” to workers and their polluted and economically devastated communities.  Below is the announcement released by the Climate Justice Alliance/ Our Power Campaign and you can learn more and sign the petition here.

ST. LOUIS, MO, June 21, 2016 — Coal-harmed workers, families and allies from 50 groups across the country will “knock at the doors of power” in Peabody Energy’s headquarters city on Friday, June 24th. This will be the second national action in St. Louis led by residents demanding a “Just Transition Fund” instead of “business as usual” from the coal giant’s chapter 11 bankruptcy. Activists plan to confront the St Louis area people and institutions shielding Peabody as it uses its bankruptcy to escape accountability to workers and their polluted and economically devastated communities.

Missourians Organizing for Reform & Empowerment (MORE) invites people concerned for workers, families, and coal-devastated communities to gather at 12 pm in historic Shaw Park in Clayton, Missouri. MORE will lead a national Climate Justice Alliance / Our Power Campaign delegation—comprising 150+ people from 50+ organizations—through St. Louis County on Friday, June 24th. They will march through Clayton to point out the complicit institutions associated with the bankruptcy’s recent rulings, among other stops.

“This Peabody bankruptcy has national impact, but the political and legal infrastructure making it happen is right here in the St Louis area,” pointed out city resident and MORE member, Napoleon Robertson. “It’s people like Judge Barry Schermer and Attorneys Ehlers and Cousins of Armstrong Teasdale who are acting to ensure payouts go to hedge funds and Peabody executives instead of communities. They’re part of the machinery stranding workers and families harmed by Peabody’s dig-burn-dump business practices.” Community leaders have mapped out the St. Louis “infrastructure of injustice” in this interactive web site.

Jihan Gearon of Black Mesa Water Coalition and the Climate Justice Alliance (CJA) / Our Power Campaign added, “There’s a better solution. Let this be the first corporate bankruptcy to fund both obligations to workers and communities, and a visionary “Just Transition” away from this harmful extraction economy.”

A Peabody Energy bankruptcy settlement directed towards a “Just Transition Fund” instead of big investor and executive payouts will:

“We’re through with that dirty, old game,” asserts St. Louis resident Basmin Nadra from MORE, “where a big coal company uses powerful local institutions and people to prop itself up. We won’t sit quiet while the legal system protects the interests of a wealthy few over the well-being of our families. We call on everyone who thinks that’s wrong to join us in demanding a better outcome. It’s time for us to recognize we are all connected in these concerns. This is an opportunity to set new precedents.”

Michael Leon Guerrero, National Coordinator of Climate Justice Alliance agreed: “Come on by Shaw Park this June 24th and you’ll hear more than opposition to a bad bankruptcy deal. Just imagine what we could do by directing resources from a dig-burn-dump industry directly toward a new, clean energy economy.

ABOUT POWER BEHIND THE POLICE: powerbehindthepolice.com