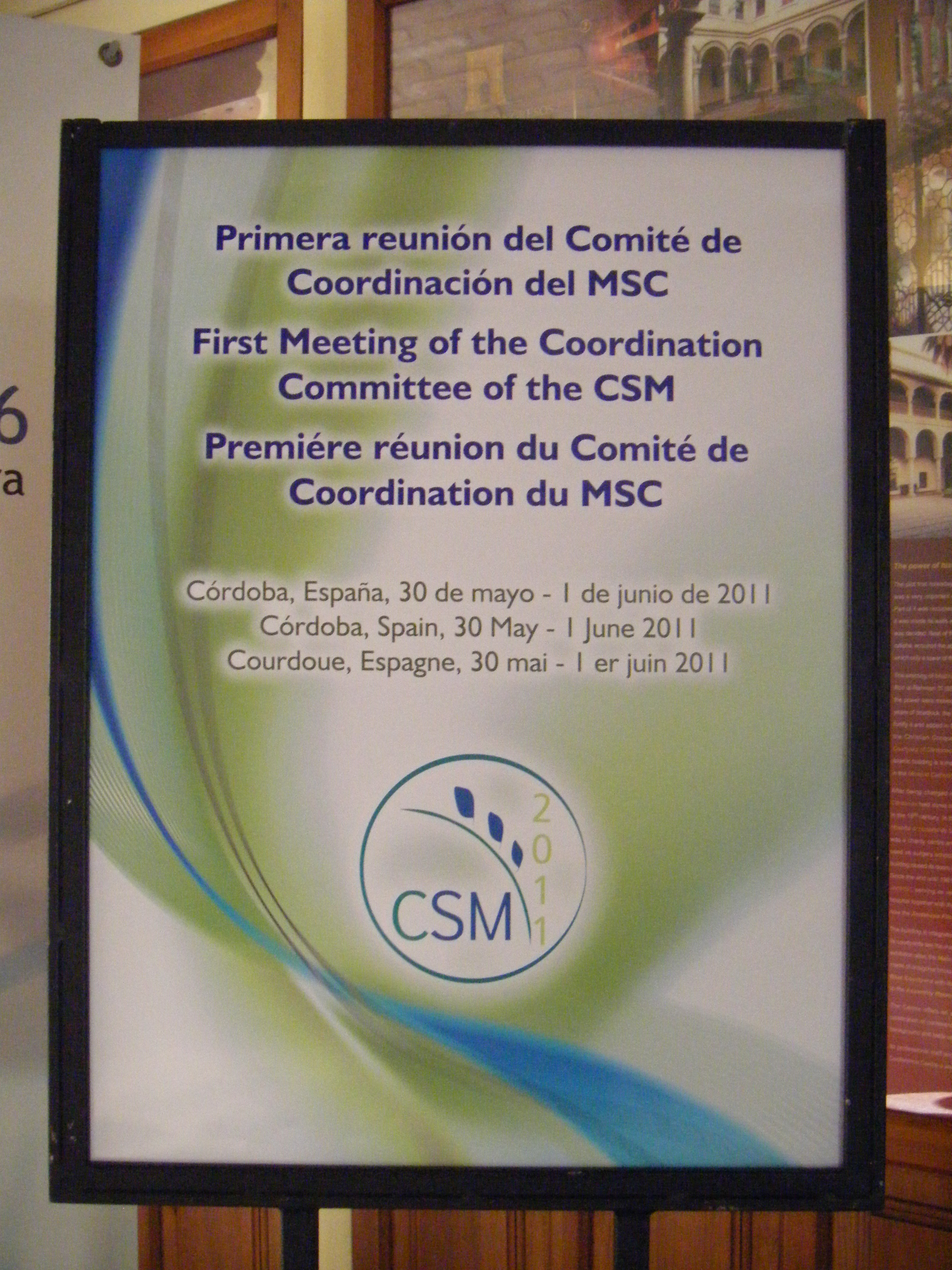 Those who work in the trenches—and in the fields and waterways—have long pointed out a major contradiction when it comes to global food policy. Every time a crisis hits, from the food price spikes of ’07-’08, to the ones we’re seeing today, those who rush in to “solve the problem” are the same corporations, institutions, and governments that are largely responsible for the very policies perpetuating hunger and poverty. It is therefore no wonder that despite decades of bold promises—from the World Food Conference of ‘74, to the World Food Summits of ’96 and ‘02, to more high-level meetings yielding more high-level promises than most of us can keep up with these days—the crisis of our food system has only continued to deepen.

Now, imagine for a moment that those sitting around the decision-making tables were actually representative of the world’s nearly 1 billion hungry, 80% of whom are food producers and landless rural workers. What if, instead of the World Bank, the G8, and corporate agribusiness calling the shots, small-scale farmers, farmworkers, fisherfolk, indigenous peoples, and others could come to the table, deliberate on issues of direct relevance to their lives, and make their own policy proposals? What if, rather than being looked upon (at best) as mere “beneficiaries” of agricultural policies, those who grow and harvest the world’s food were actually the drivers of new policies?

Global Food Policy by the People and for the People? 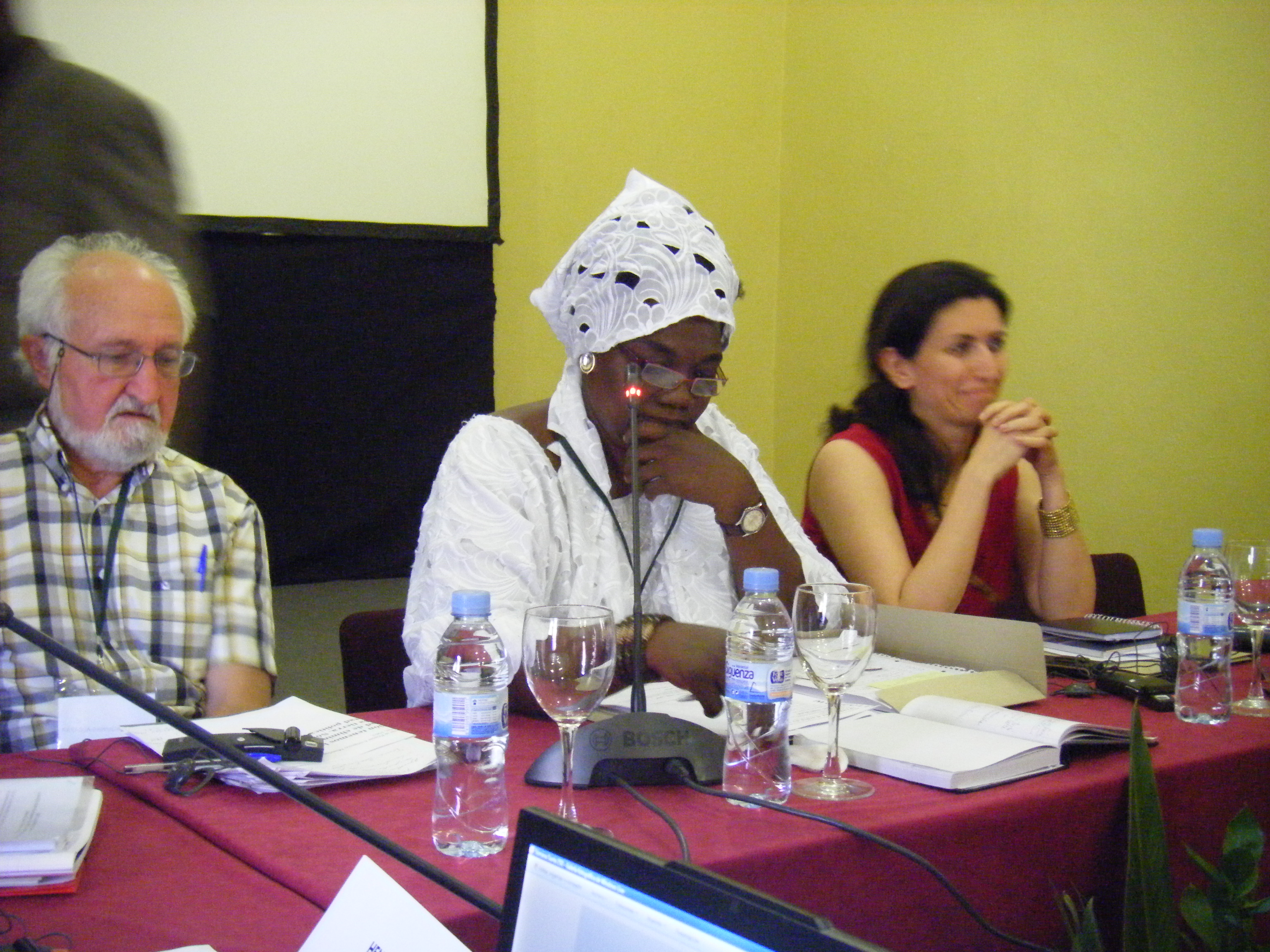 Of course, there must be formalized ways for civil society to participate, if it is to play an active, not just symbolic, role in setting global food policy.  This is where the Civil Society Mechanism (CSM) comes in – as a means of ensuring interaction between the Committee on World Food Security and the many different social movements and organizations throughout the world with an interest in global food policy. To ensure maximum participation and diverse representation, the CSM is overseen by a coordinating committee that includes representation by both geographic region and by sector (farmers, fisherfolk, pastoralists, landless, consumers, urban poor, agricultural workers, women, youth, indigenous peoples, and nongovernmental organizations).  As the first-ever meetings of this coordinating committee of civil society representatives, this gathering in Cordoba was a major milestone in the struggle to reshape global food policy. 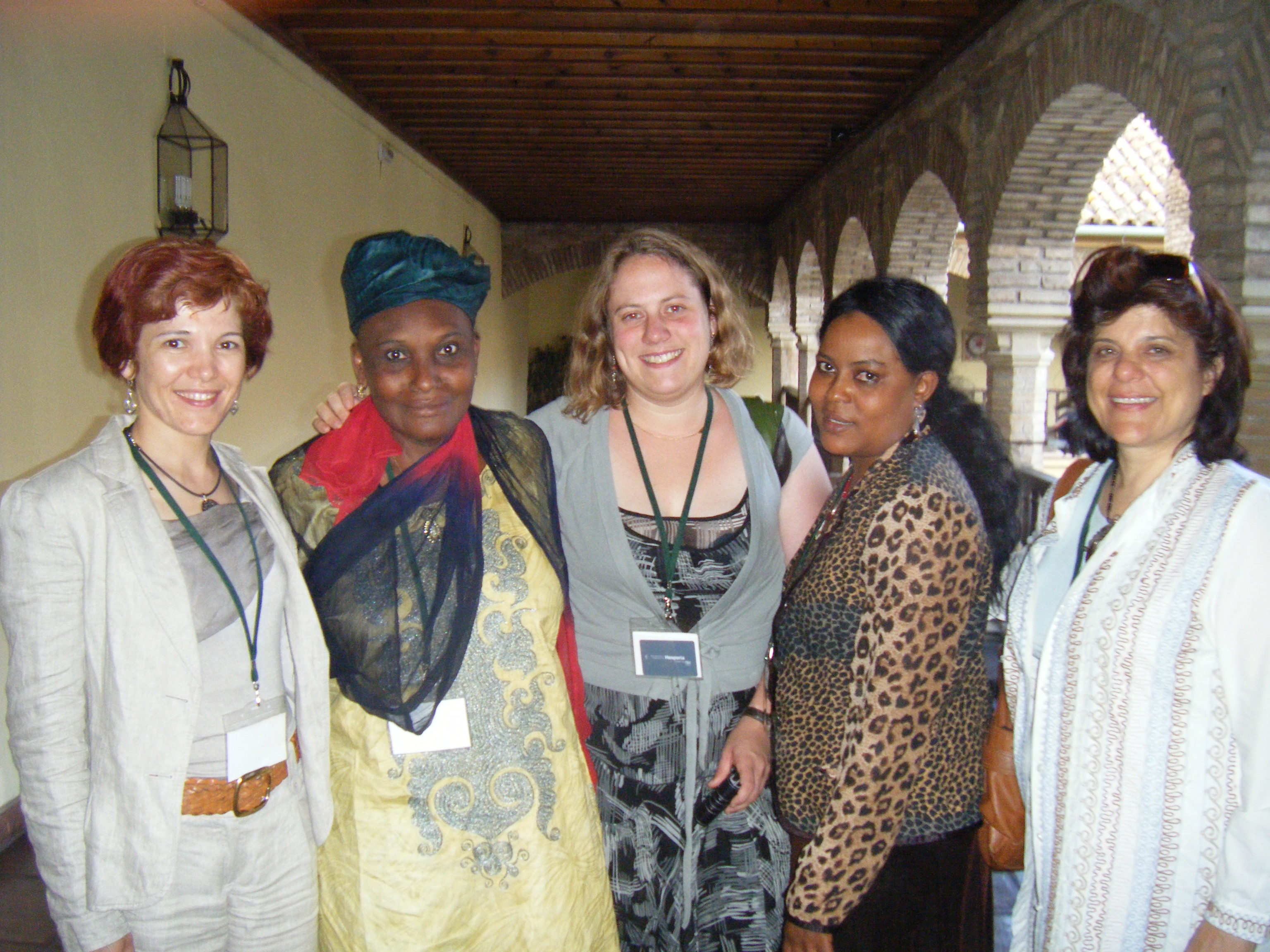 I have to admit that going into these meetings, as the interim North American Coordinating Committee member, representing civil society from the US and Canada, I had a certain level of both anxiety and skepticism. Not only did I have a tall order to fill, but familiarizing myself with all the acronyms and documents involved felt like wading through a thick alphabet soup—CFS, CSM, HLPE, OEWG, GSF, etc… Where did I, someone who works mainly on grassroots movement building in the US, fit into all this? Fortunately, my reservations were quelled the moment I entered the meeting room on the first day and took a look at the faces present.  These weren’t stuffy bureaucrats in business suits, nor were they strangers. These were the leaders of social movements like La Via Campesina and other organizations and networks, many of whom I had had the honor of working alongside at other gatherings and events.  These were the very same movers and shakers who had been fighting the injustices of the global food system all along—the folks whose struggles have informed and inspired my own work—and now we had come together in a rather different setting to advance the same goals.

As I took another look around the room, this time noticing the new faces along with the familiar ones, I was able to more fully appreciate the significance of what I saw. For there, sitting around the tables discussing global governance of the food system, was an amazing array of grassroots leaders: an indigenous pastoralist from Mali, a sheep breeder from Kyrgyzstan, a fisherwoman from Uganda, among others from diverse regions and sectors who had been sent by their constituencies to take a long-awaited seat at the global food policy table.  Some had come wearing their traditional dress and speaking their native language. And all had come with a very palpable passion, energy, and sense of urgency.

As the meetings got underway, Henry Saragih of La Via Campesina drove home the importance of this new opening for civil society within the UN system, emphasizing that it would not exist were it not for the struggles that had been taking place for years outside of the UN by those who had traditionally been excluded from the inside processes. Jorge “Mani” Stanley, indigenous representative from Panama, further elaborated on the connection between inside and outside struggles: “A lot of our communities don’t know what’s happening behind closed door meetings, so this space is very important. We are now entering another type of battle, different from the protests out in the streets that we are used to, but just as important and intense of a struggle.”

The Matters at Hand 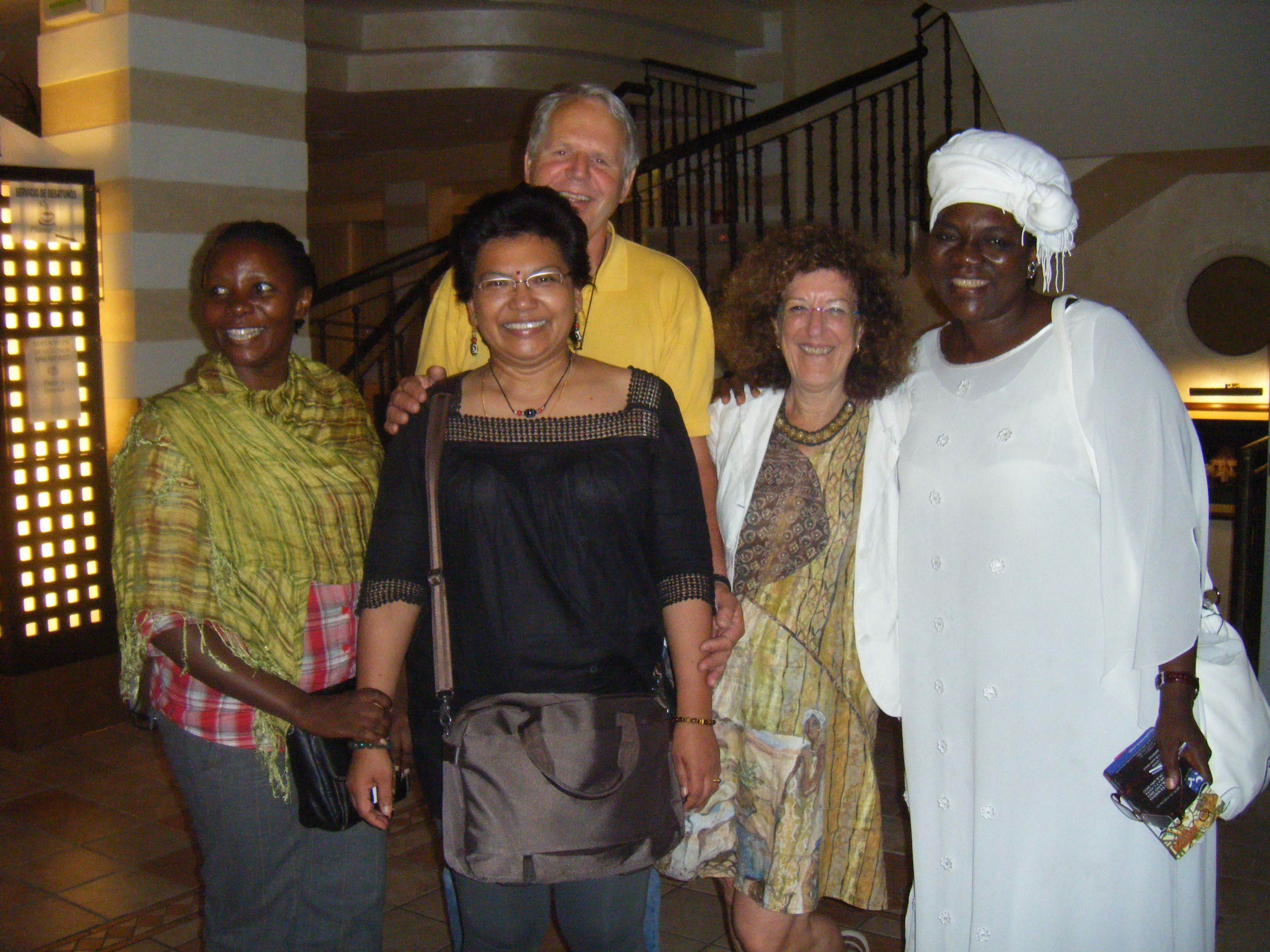 The first two days of meetings were largely focused on two of the main issues on the table at the Committee on World Food Security: food price volatility and agricultural investment. Because there is already much good work being done in North America on food price volatility—the increasingly sharp and erratic dips and rises in food prices that are bad for producers and consumers alike—by the National Family Farm Coalition, the Institute for Agriculture and Trade Policy, and others, I opted to focus on agricultural investment. This is an important area for the food movement in North America, given that our major institutions are the ones doing much of the so-called investing. It was eye-opening to hear the perspectives on investment by small-scale producers themselves, who increasingly are the targets of programs that “invest” in agriculture, from the Gates/Rockefeller “Alliance for a Green Revolution in Africa” (AGRA) to the US State Department’s “Feed the Future” program. Some of the take-home messages that I gleaned from these discussions were:

The third and final day of the meetings was focused on the structure and functioning of the Civil Society Mechanism. While all agreed that this first series of meetings was a major feat, the unfortunate matter at hand was that there is almost no funding available to sustain these efforts over the long-term. It’s one thing for governments to say they believe in civil society having a seat at the table, but it’s quite another to actually make that seat available and accessible. This is where governments and institutions need to put their money where their mouth is and actually help fund the CSM.

Beyond that, there is the question of the viability of the Committee on World Food Security itself. There are extremely powerful interests at play in the global food arena, and those who have traditionally been calling the shots are unlikely to concede power without a fight.  It therefore comes as no surprise that there are ongoing attempts to weaken and deflect attention away from the CFS and to prevent it from becoming the authoritative global food governance body that it has been sanctioned to be.

As North Americans, we have a particular obligation to see to it that our governments do not stand in the way of this critically important process. We must spread the word about the newly formed Committee on World Food Security and its importance in averting present and future food crises. As we speak out about the harmful policies and practices that contribute to the food crisis, we must point to the Committee on World Food Security as an important part of the solution, if it is allowed to fully carry out its mandate. And we must pressure our governments to support the CFS and to participate in it not as bullies but as good neighbors.  While this might seem impossible to envision in our current political climate, people across the world who have the most at stake are fighting hard for it to happen. Let us join them in this battle for the future of the world’s food systems and the future of all of us.