Across the world, water privatization has been linked to overuse of water, marginalization of the poor, and pollution of water tables. Read on for case studies from the U.S., Bolivia and India. 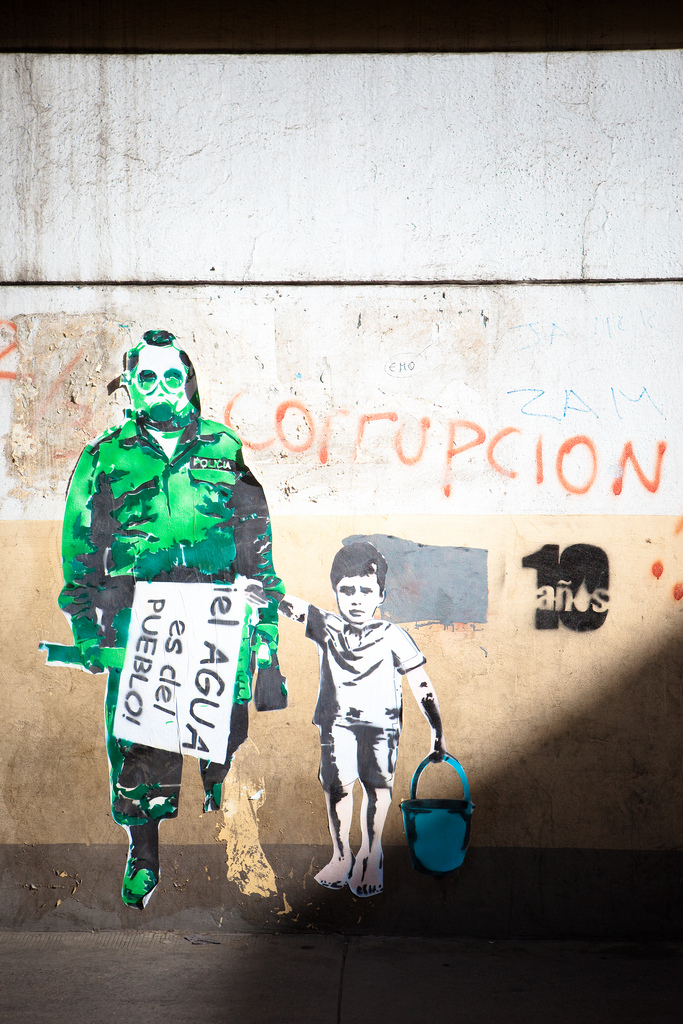 The following examples highlight several cases of the effect of pollution and transnational corporations’ commodification of water. Cochabamba, perhaps one of the most famous cases, was a landmark victory against such privatization – the first major resistance to reclaim control of water from corporate hands. There are many more examples of local and global struggles to keep water clean, safe, and accessible.

Cochabamba, Bolivia
The consumer advocacy organization Public Citizen reports on the resistance of the people of Cochabamba, Bolivia against the privatization of their water resources. Privatization of water by the multinational corporation International Water Ltd and Bechtel Corporation resulted in skyrocketing prices, which impacted the livelihoods of thousands of families. Through their resistance, the citizens of Cochabamba prevailed against the corporation and regained their right to water.


The Great Lakes
The Great Lakes are a group of freshwater lakes that run along northeastern North America. The lakes hold an immense 84 percent of North America’s surface freshwater and 21 percent of the world’s surface freshwater. Many humans and species depend on the Great Lakes watershed, yet it is being impacted by over-extraction, climate change, pollution and other major problems. In the following detailed report by Maude Barlow, an expert on water issues and author of the international bestseller Blue Covenant: The Global Water Crisis and The Coming Battle for the Right to Water, she discusses the measures we can take to protect the Great Lakes and proposes that the watershed be recognized as a commons.

Plachimada, Kerala, India
The drought-prone, impoverished region of Plachimada in the Palakkad district in the southern state of Kerala is an example of an area in India that has been impacted by the commodification of water. The transnational corporation Coca-Cola gained entry into the region and extracted large quantities of local water, affecting the region’s water supply, agricultural sector, and – most importantly –the human rights of the inhabitants. In April 2011, after much pressure by civil society groups, the Indian government was able to recognize that the corporation had infringed upon the people’s rights to water. Coca-Cola closed the plant in 2004, but a bill requesting compensation from the company to the region’s inhabitants has yet to be passed into law.