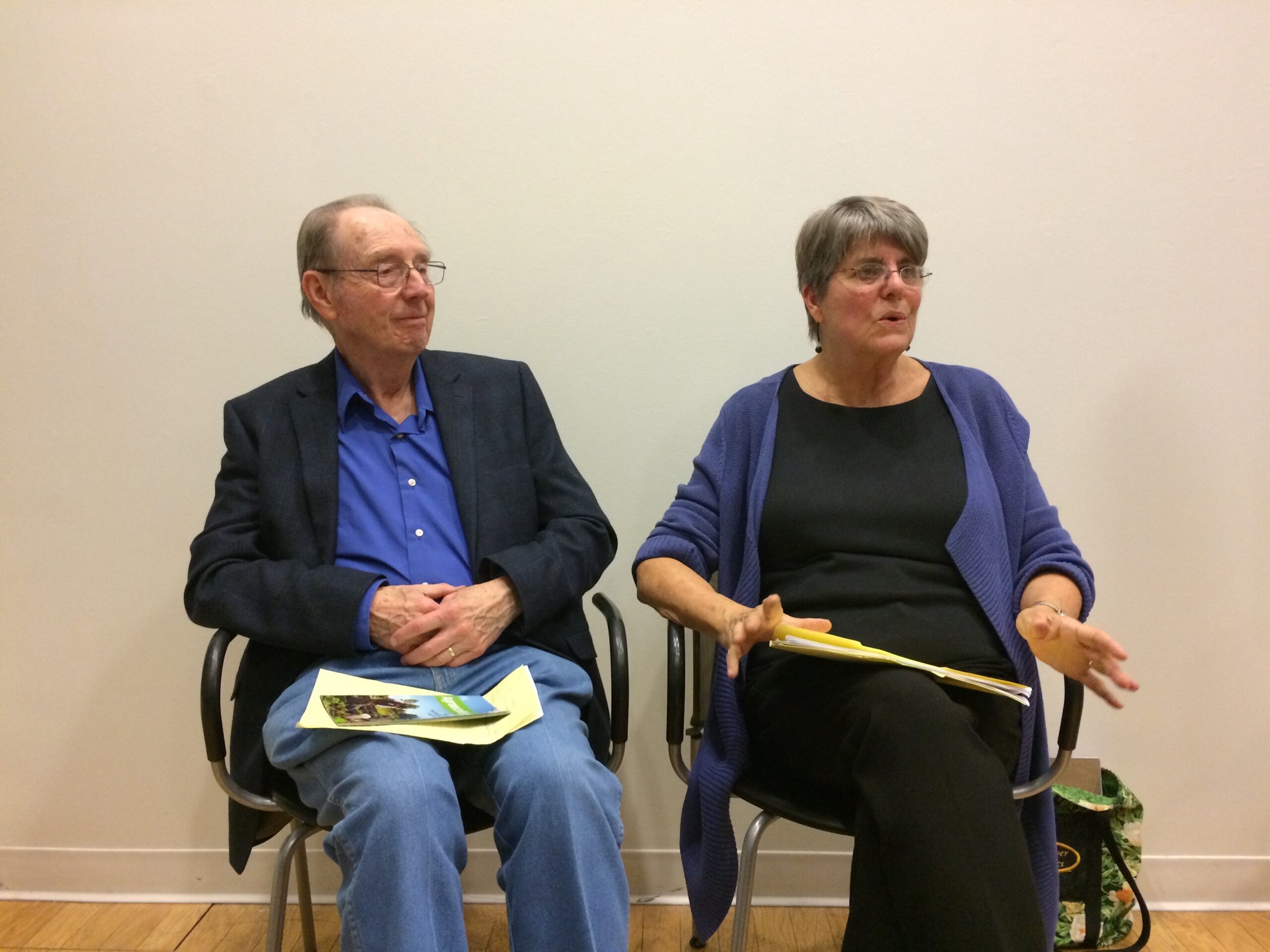 On a rainy November evening, WhyHunger co-founder and ambassador Bill Ayres joined scholar, activist and WhyHunger Board Member Jan Poppendieck for a conversation with the Wagner Food Policy Alliance at New York University. Inspired by Jan’s recent report for WhyHunger titled “School Breakfast at Half Century: A Look Back to Look Ahead“, the event focused on challenges and successes for food justice activists and advocates. Both Bill and Jan offered a lifetime of experience to share, which was eagerly absorbed by the audience of students and professionals of all ages.

Graduate student and Wagner Food Policy Alliance board member Sam Sundius moderated the conversation and began with a question about advocacy at the federal level for food programs like the National School Breakfast Program. Jan shared her experience working on this campaign as a “lesson in incrementalism” for advocates and activists. While not always a proponent of this approach, hindsight has shown that after some major wins early on, like the program’s permanency and performance-based funding structure, it has been the slow and steady changes that have secured school breakfast as a widespread and ongoing national program. Today, 90% of schools who participate in the school lunch program also have school breakfast.

Reflecting on his advocacy in Washington alongside WhyHunger co-founder Harry Chapin, Bill remembers times when it seemed all hope was lost around federal funding for nutrition programs and policy support for anti-hunger efforts. He reaffirmed that these moments are opportunities for social movements, and that real change comes from the grassroots up. He referred to the work of WhyHunger as building a “movement of movements,” from worker-led organizations to advocacy groups, and commented that this is also why we aim to harness the power of storytelling through music and the arts as a force for positive social change.

“There is a food movement,” Jan agreed. “We all eat and more and more people care about what they and their children eat.” Jan highlighted the work of the civil rights movement as paving the way for the anti-hunger movement as we know it, emphasizing the need to align food justice with struggles for racial and economic justice.

Currently, 1 in 4 Americans participates in at least one of the fourteen federal food assistance programs, making this an issue that individuals and organizations across the spectrum of the food movement can rally behind. Both Jan and Bill encouraged attendees to stay engaged and vigilant not just on the federal level, but to look for actions and policies to support on the state, regional and local levels. One way to get involved locally in New York City that Jan asked attendees to consider is with the Lunch 4 Learning campaign, which is currently advocating for universal free lunch in New York City schools.

Listening to this sincere conversation between two lifelong advocates for food justice was perhaps just what budding activists need to hear in the current uncertain political climate. As Bill offered hope he encouraged us all to keep building, “Don’t be passive, be active.”