WhyHunger and our Community Learning Project partners, Food for Maine’s Future and the Coalition of Immokalee Workers recently traveled in Maine to continue building solidarity between farmworkers and small farmers. Their tour also raised public awareness of why food justice catalyzes all of us to partner with farmworkers and support the incredible changes underway in Florida’s fields, which farmworkers are describing as a “New Day” dawning in the agricultural industry.

Below is an excerpt from a presentation given to students at the College of the Atlantic in Bar Harbor, ME, by Gerardo Reyes Chávez of the CIW. He traced the story of the CIW’s extraordinary tenacity, courage, dignity and ongoing progress – through the civil action of thousands of farmworkers and their allies across the country, creating market incentives by engaging multiple purchasing points, and transforming the practices, policies and economic realities of the tomato industry. 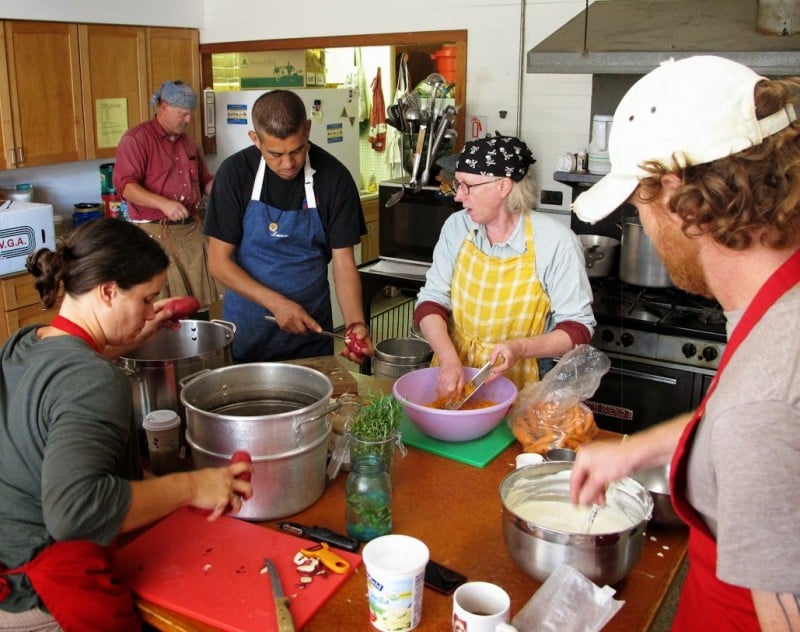 “The forces that we are trying to change are same forces that are also exploiting family farmers in the United States and in other parts of the world: the power of big corporations. In the agricultural industry, which supplies these major corporations, when you are poor, when you are receiving stagnant wages, when there’s no respect given to you as a worker, and because of the imbalance of power between employees and employers, you are in no position to report abuses, because you will be fired for speaking up. That is how it has been for generations. So many people have had to ask themselves this question, ‘Do I defend my dignity, or do I feed my family?’ And in most situations, there was no choice.

“But, we needed to have a decent wage, and we needed to be treated humanely when we went to work. So we started to ask ourselves, ‘How is it that we can achieve that?’

“The industry wasn’t ever going to do it voluntarily. So, we started to look at the market and the role that it has in creating these conditions. We analyzed how corporations have an incredible influence on way in which the Florida tomato industry exists. We realized that 40 or 50 years ago there were no fast-food chains, no major supermarkets. In general, the [food] retail industry was a regional business. But then it started to grow, and with its growth, the demand for produce started to grow as well.

“And then retailers started to choose producers who could supply enormous amounts of whatever it was that they needed. So they chose the big farmers and the small family farmers were never chosen. So, you can see how this connects to why we are here and where we’re coming from.

“The agricultural industry had to consolidate to be able to keep supplying retailers with what they asked for. And what happens to the market price when you have a lot of buying power? You want to pay less. In an industry where farmers are constantly asked to charge less, or fear loss of business, where will you cut the costs of production? Labor. You’re not going to go and say, ‘Hey John Deere, I need you to sell me the same tractors and all the things I need for my farm at the same price I paid 30 years ago. How about that? Let’s make business!’ That’s not going to happen. So we [farmworkers] end up being the ones who pay with our substandard wages for the incredible wealth that is created by what we produce. That’s how it had always worked.

“This is not only about farmworkers, this is about all of us being free. People don’t think about what’s behind their food. And you give your money to these corporations without knowing that there are other people in the agricultural industry doing this [farmworker] job, not going to school because they have to do this job. When we sit with our families and have the meal on our table, depending on your customs, we say thanks for many things. But, we often forgot to say thanks to those who made that food possible. And it’s not about just that, it’s not even about thanking anybody, it’s about making sure that the way in which people live their lives is fair. We are benefiting from the fact that people are working under these conditions and we can do a lot about it.”

Read more about how you can support the Campaign for Fair Food here. 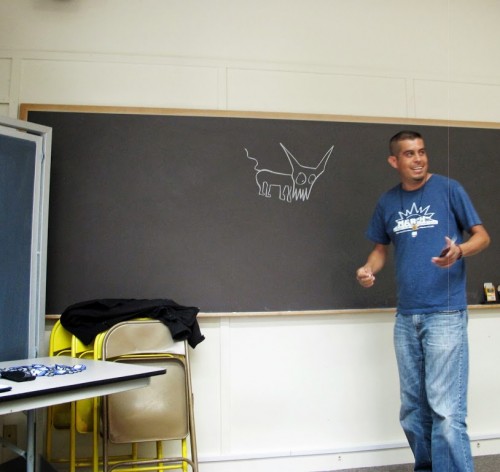