“I had thought of work as miserable and unbearable 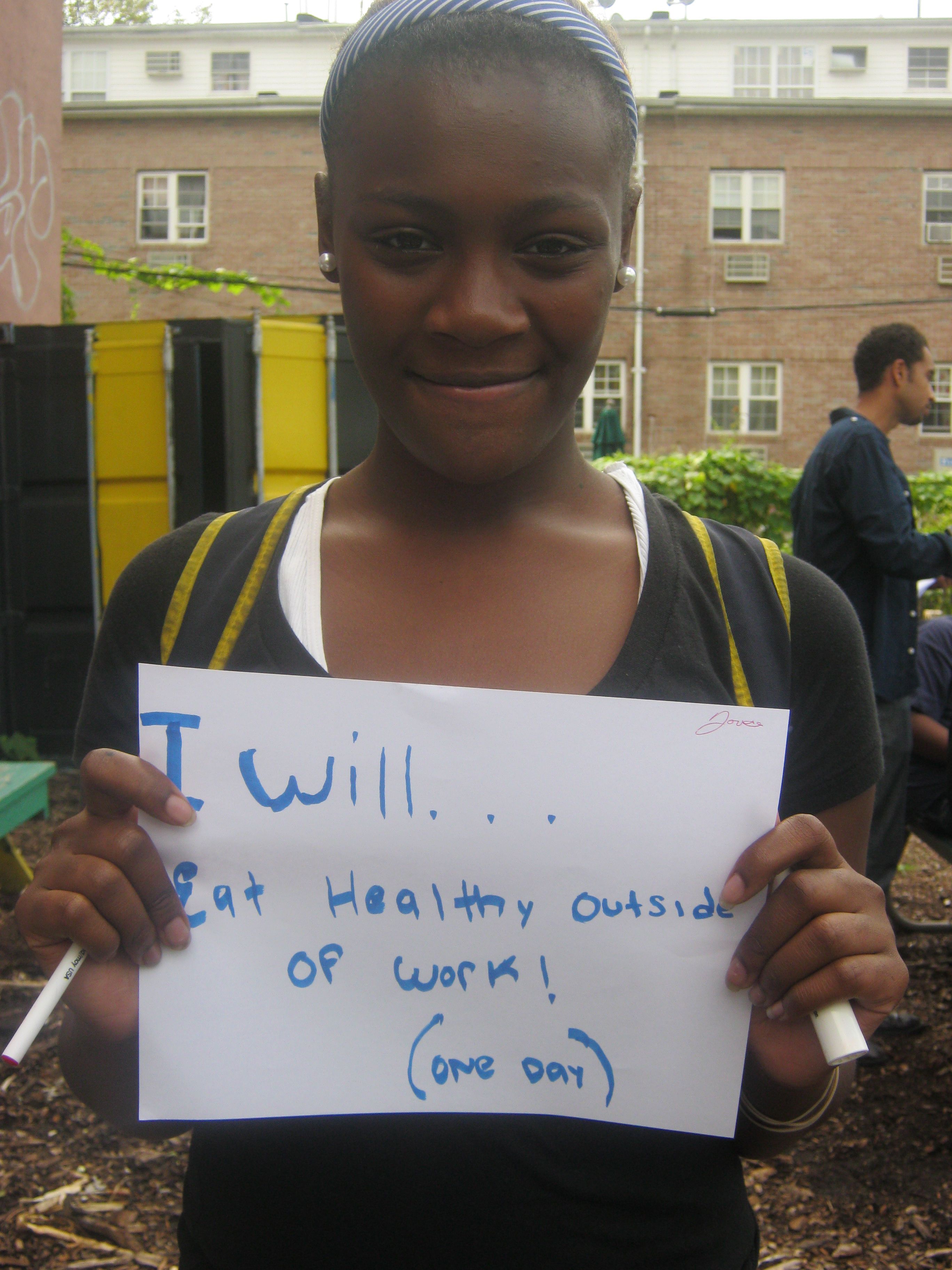 East New York is a diverse and economically disadvantaged community in the eastern part of Brooklyn. Decades of urban decline and neglect left our community with a huge number of vacant lots, a lack of businesses and services for our large population (nearly 180,000 residents), and a reputation for violent crime and poverty.

In 1995, the Pratt Center for Community Development helped to initiate a series of community opinion forums. Working with local organizations, they asked residents to identify both needs and existing resources in East New York. Needs they mentioned included more safe public spaces and green spaces, more retail convenience – especially fresh food – and better opportunities for youth. On the resources side, people mentioned our abundance of community gardens – over 65, in fact, more than any other neighborhood in New York City. They also mentioned the gardeners themselves, residents who had the vision and energy to turn these vacant lots into vibrant gardens. And they mentioned the youth, over one-third of the population our community, and the potential they held.

Through a coalition of local and city-wide organizations and residents, the East New York Farms! Project came together as a way to use and further develop these resources to meet our needs. Working with youth interns and adult gardeners to increase organic food production in community gardens, we were able to start a small farmers market (just two gardeners during our first season in 1998) that has grown over the years into a thriving destination including dozens of gardeners and local entrepreneurs of many backgrounds, as well as farmers from upstate New York, bringing fresh affordable food to over 17,000 customers each year. 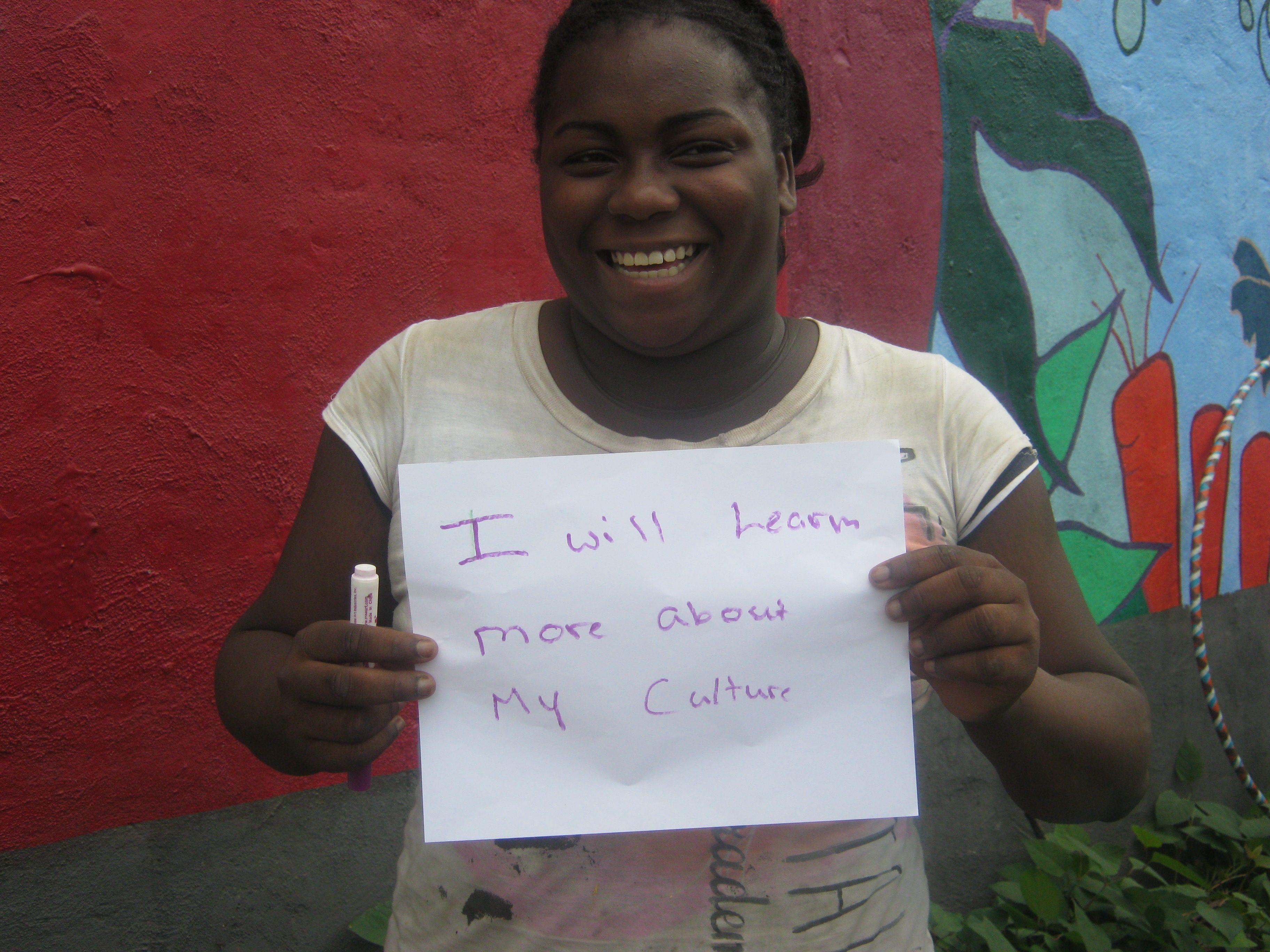 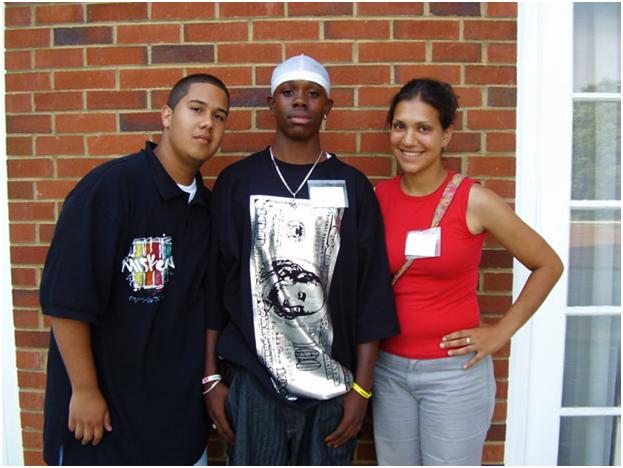 Sarity Daftary (far right), Phillip Scott (middle) and me at the 2005 RIC conference

Maybe I owe it to Michael Jordan for inspiring me to work for this cause. My name is Roy Frias and I am the product of the ENY Farms! program.
– Roy Frias, East New York Farms! Intern, July 22, 2011 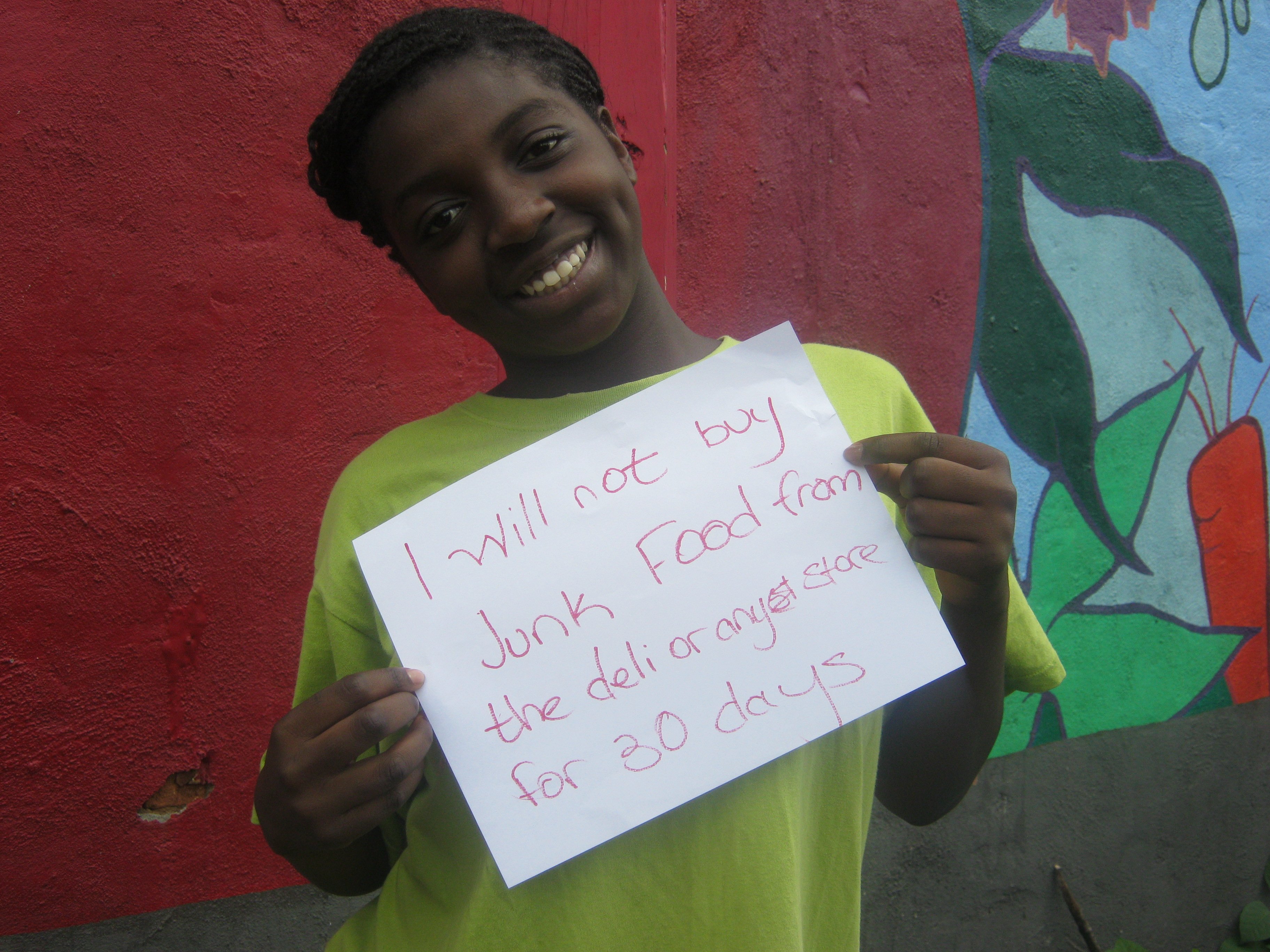 Always and Forever: A Poem by Darnell Prince

From the first time walking in to U.C.C, expecting to get the same old experience as any other job: to go in, do my share and get out, and having no regards for anyone else, but myself.
I thought i knew what i was getting myself into: the long work hours, the waking up early and determination too.
As soon as i took the first step in and introduced myself, i could feel the togetherness and the strong presence of welcoming faces. At that very moment my expectations were long gone, for i knew my days at East New York Farms would make me a better person, boost my self esteem and make me strong.
The first day of work i took a big breath of fresh air while shading my eyes from the glare of the sun; when i shaded my eyes my vision cleared now i could see all my fellow interns sifting, turning and weeding all together making our garden beautiful and our community better.
I quickly pitched in and started on my task for i knew Summer was on her way and she was approaching fast.Planting, weeding, turning  day-to-day, interacting with new people and learning new things from March to May.
The days were getting longer and our bonds were getting stronger. We strived put our best foot forward for the community for our farmers market was only a couple of weeks away.
Market day finally arrived and euphoric could not even describe how i felt that day. After setting up the market we would listen for the shouts of our market manager, “The market is opened! The market is opened!” she would say. i saw the excitement on our customers’ faces as they left happily with their fresh organic fruits and vegetables.
My memories of East New York Farms is one i will take with me forever: the hardwork, the friendships, and the glorious smiles on our customers’ faces.
I can proudly say that always and forever my time at U.C.C will always be one to remember.