This afternoon, the full Senate passed its version of the food and farm bill, missing an opportunity to improve the nation’s health and environment, reduce hunger, and support family farmers. The Senate bill would slash $4.5 billion from SNAP (formally known as food stamps), cut funding for conservation, eliminate already modest support for minority farmers, and continue to subsidize agribusiness corporations and insurance companies. The bill will now go to the House of Representatives, which is expected to begin deliberations in the coming weeks.

Meanwhile, the Wall Street Journal yesterday published another scathing editorial about the SNAP program, claiming widespread fraud – and even insinuating that federal spending to keep Americans from going hungry is what led to the nation’s credit rating being downgraded. In truth, SNAP fraud is at an all-time low, and the program has one of the lowest fraud rates of any federal program. The $77 billion annual price tag (which will drop as the economy improves) amounts to a mere 0.214% of the federal budget. WhyHunger’s cofounder and Executive Director Bill Ayres here further rebuts the Journal‘s outrageous claims. 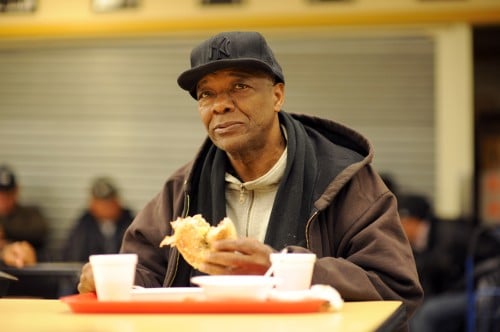 It is very sad that a major paper like the Wall Street Journal is once again attacking the food stamp program, which is preventing massive hunger in America. Everyone I know who works to end hunger and reduce poverty wishes both that more people were receiving food stamps and that many fewer people needed to.

The food stamp program, now called SNAP (Supplemental Nutrition Assistance Program), was set up to follow the economic cycle.  When the economy is good and unemployment and underemployment are low, fewer people need SNAP.  That is a good thing, because it means fewer people need help and more are self-reliant. My colleagues and I hope that day comes again soon and that fewer people will need food stamps.

However, right now, with long-term high unemployment, we actually need even more people to be on SNAP, because some 28 percent of those eligible are not receiving assistance. More than half of recipients are children.   We want fewer hungry children in America, not more.  That is why the US Department of Agriculture is promoting the program. The USDA is doing a remarkable job of reducing fraud to an all-time low, while adding people to the rolls.

Because of the extreme long-term unemployment that has persisted well beyond unemployment insurance eligibility for millions of people and because millions more were not eligible for unemployment insurance at all, food stamps are absolutely essential for an increasing number of people.  That is why 77 percent of Americans support the program.  They know that as good as our emergency food system is, the food pantries and soup kitchens are already overwhelmed and do not have the capacity to feed millions more.

The $4.5 billion cut to SNAP approved today by the Senate will reduce monthly benefits by $90 a month for 500,000 recipients, many of them seniors. Instead of trying to throw people off the program or reduce their benefits when they are most in need, politicians ought to be creating living wage jobs so hungry Americans do not need to ask for help.  Then there will be fewer people on the program.  Until then, let’s make sure everyone who needs it is enrolled.