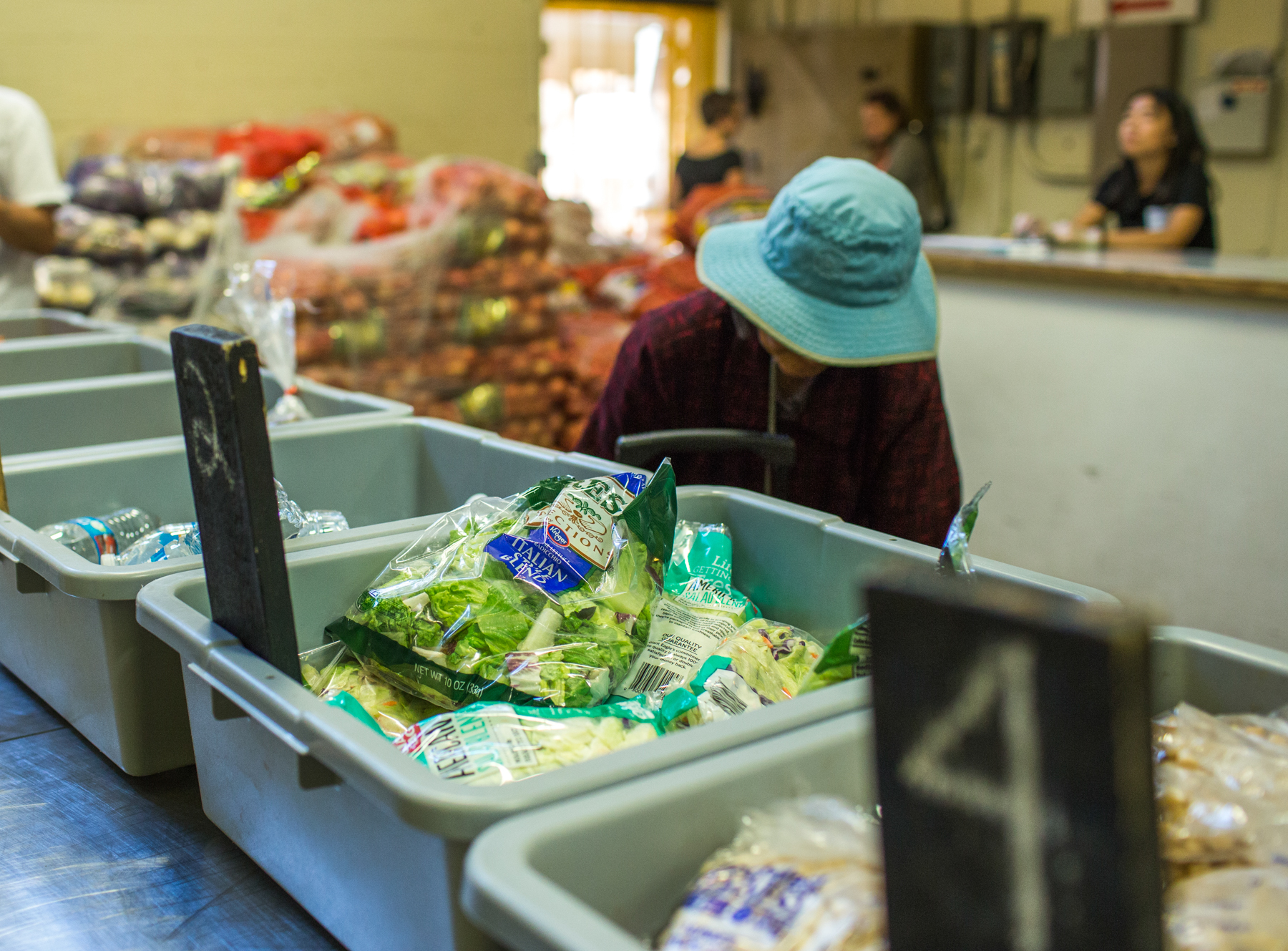 The Statue of Liberty is one of the most recognizable American icons; her outstretched torch beckoning immigrants all over the world to come here, signaling that they are welcome here. Immigration seemed to be a key part of America’s foundation. Different groups of people and their experiences are woven into the tapestry of our country’s history, yet it hasn’t felt that way recently. The current Administration’s highly contested Muslim ban and crackdown on undocumented immigrants has helped fuel a shift from a nation thriving on diversity towards one barely surviving in fear.

The increase in fear is harmful to everyone, but the livelihood of immigrants is being threatened in nearly every way possible.  ICE agents are appearing in communities to arrest and eventually deport undocumented immigrants on their way to work; one recent report detailed ICE detaining a couple visiting their children on a military base on the Fourth of July. These daily actions are pushing more undocumented immigrants to live in the shadows and limit their actions and everyday activity, which is resulting in many going hungry. Ironically, the food industry operates on the backs of these immigrant workers; 50-70% of the farm industry is comprised of unauthorized laborers, without whom the prices for our supermarket essentials would double. In essence, those who produce and make our food are the ones who have the least access to it.

According to employees of SNAP, or Supplemental Nutrition Assistance Program, families are dropping out of the program, effectively sacrificing food stamps for the chance to remain in America. Food providers and nonprofits across the country are noticing a decrease in eligible immigrants applying for SNAP, and an increase in immigrants leaving the program, citing fears of ICE tracking them down and their chances of eventual citizenship getting dashed. While undocumented immigrants are not eligible for SNAP, if their children were born here, parents can legally apply to receive food stamps for their children. For many children, these benefits are essential to ensuring they get enough nutritious food to grow, learn and develop. Accessing SNAP benefits at all is challenge for Immigrants. Even green card holders, or legal and naturalized citizens, must live in the U.S. for five years before being eligible for SNAP. With these restrictions, only 8.7% of SNAP recipients are children of non-citizens and 8.8% are naturalized, refugees or otherwise non-citizens.

Despite U.S. born citizens overwhelmingly being the majority of recipients, the current landscape is having a devastating impact on immigrants who do rely on SNAP to feed their families. A 2017 leaked executive order from the Trump administration posits the idea that immigrants may get deported if they rely on public assistance, like food stamps. Nonetheless, no such legislation has been passed yet, and the Department of Agriculture steadfastly holds that there are no consequences for receiving aid.

Despite this, Manna Food Center in Montgomery County, Maryland reported that approximately 20% of the 561 families they helped apply for SNAP benefits have asked for their accounts to be closed. Some are even asking for all their government benefits to be cancelled, including Medicaid, and are instead picking up third jobs in attempt to compensate. Many undocumented immigrants fear even going to emergency food providers, like food pantries. The Department of Homeland Security has stated that in accordance with their “sensitive location” policy, ICE agents will not perform raids on schools, churches, hospitals or other community centers that may provide food assistance. However, this memo does not explicitly address food pantries, banks or other emergency food providers as a “sensitive location,” so immigrants may feel that their access to food is at the risk of being raided.

There are measures WhyHunger and our partners across the country can take to facilitate a safer relationship with the people we wish to serve. According a recent report on the impact of food insecurity on immigrants by CUNY’s Graduate School of Public Policy, food security programs and immigration support services tend not to overlap, even though there is a whole sector of their constituents who would benefit from a closer relationship.

Improving organizational structures, such as racial equity training, language skills within food providers and improved and increased outreach to overlooked communities, would facilitate food access for immigrants. According to a study done on food insecurity within immigrant populations in Georgia, a state that has seen a dramatic increase in immigrants in recent years, immigrants reported they felt shame around using food assistance. By advertising directly to different communities, in ethnic newspapers or grocery stores, more people can feel comfortable accessing their right to food. 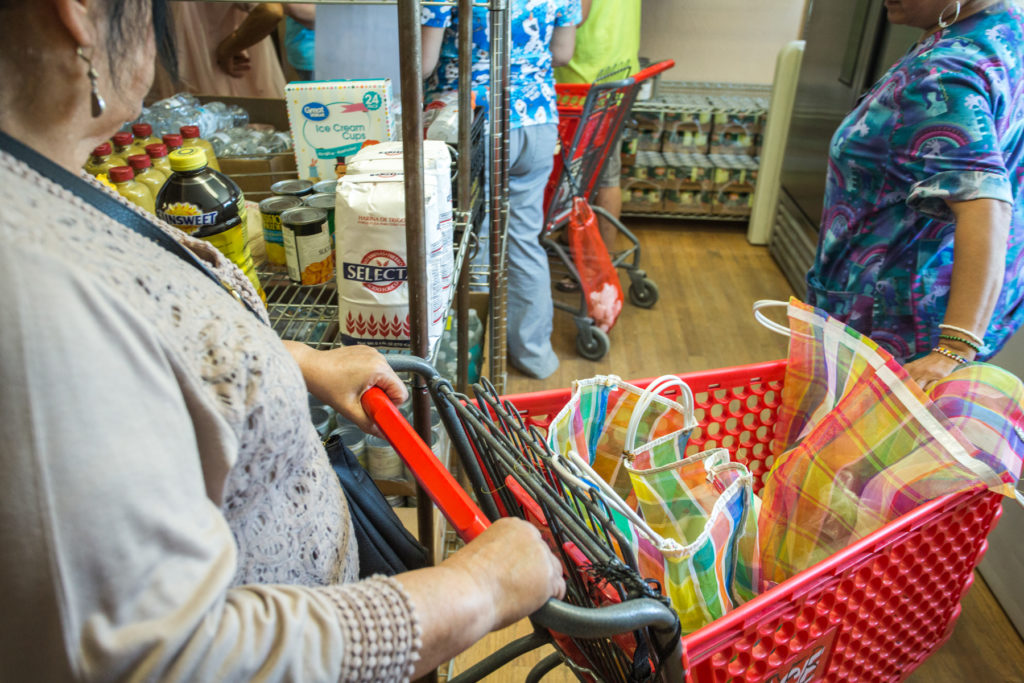 Even the kinds of food available at food pantries can play a role in including more groups. Immigrants, specifically Muslims, Africans and Asians reported a lack of vegetarian options that restricted their ability to eat. Even staples in many diets, such as rice, were lacking in food pantries, and instead, immigrants reported feeling confused by canned food, a commodity they were not exposed to back home.

Immigrants interviewed in the Georgia study also noted being uncomfortable approaching religious congregations different from their own faiths for food assistance. Places of worship represent a large percentage of food access organizations. Almost 50% of these organizations identified themselves as Christian churches, yet Muslim and Jewish immigrants expressed discomfort at appearing at these institutions for help.  Though most places of worship do not require those needing food to be of their faith, advertising of these non-denominational services could be more inclusive, stating clearly services are for everyone when it is the case.

Another avenue through which emergency food providers and anti-hunger organizations can protect immigrants is by fully taking on the responsibility of advocacy. To better protect immigrants’ rights, food access organizations can develop trainings for their employees, perhaps designating one manager to interact with any immigration officials.  Providers can also distribute comprehensive know-your-rights paraphernalia to make sure immigrants know they have comprehensive rights, ranging from the right to access food and the right to refuse to answer questions by any immigration officer without a lawyer present. In addition, organizations can develop more mobile food pantries to bring the food to families that can’t transport themselves, due to financial reasons or simply safety precautions.

Ending our nation’s hunger problem cannot be done without empowering immigrants. To change our food system for the better, it is imperative that we include and fight for the rights and dignity of all people.

Samragyee De interned for WhyHunger in the summer of 2018. She is a sophomore at Binghamton University, studying economics and political science. She hopes to channel her passion for social justice into social change by rewriting the rules that govern us for a more equitable community